Worries over soaring inflation and the Federal Reserve’s have been the primary driver of market in recent months.

As such, all eyes will be on Thursday’s highly anticipated report, which is expected to climb 7.3% year-over-year in January. If confirmed, that would mark the highest rate of inflation since March 1982. 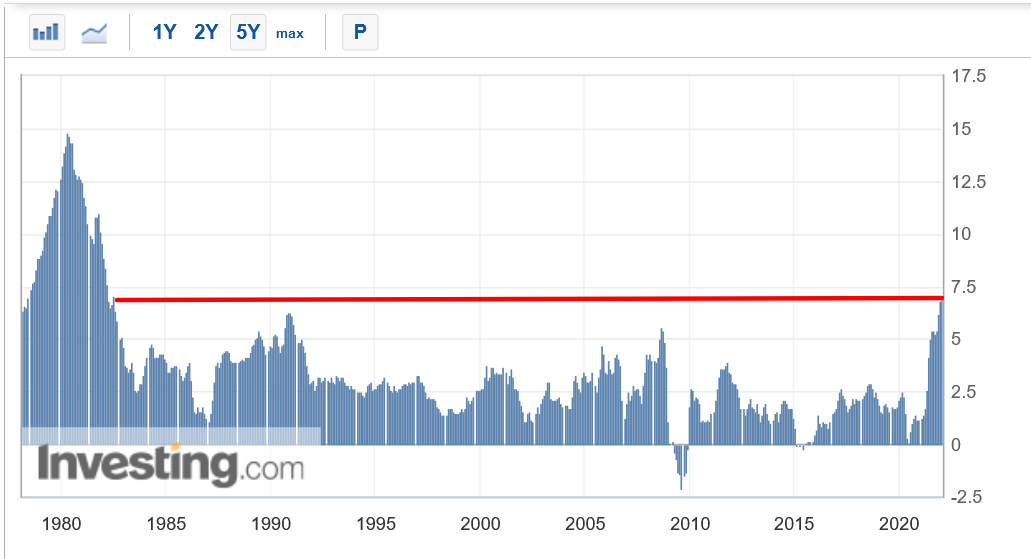 Taking that into consideration, below we highlight three proven year-to-date winners from the , , and sectors, each poised for new highs as inflation fears rattle markets and the Fed begins to tighten monetary policy.

After getting off to one of its strongest ever starts to a year, we expect ConocoPhillips to extend its march higher in the weeks ahead as inflation continues to run hot and investors search for high quality value companies that do well in an economic recovery.

COP stock has gained 26.5% so far in 2022, far outpacing the comparable returns of both the and the over the same timeframe, thanks to soaring and natural gas prices.

In addition, the Houston, Texas-based oil and gas company offers a relatively high annualized dividend of $1.20 per share at a yield of 2.50%, more than the implied yield for the S&P 500, which is currently at 1.34%.

In a sign of how well its business has performed amid the current inflationary environment, ConocoPhillips’s reported profit and sales which blew past consensus expectations on Feb. 3. It also boosted its plans to increase shareholder returns to $8 billion, mainly through stock buybacks and variable dividends.

Taking that into account, COP shares could see an increase of around 34% in the next 12 months, according to the InvestingPro model, bringing it closer to its fair value of $122.47 per share. 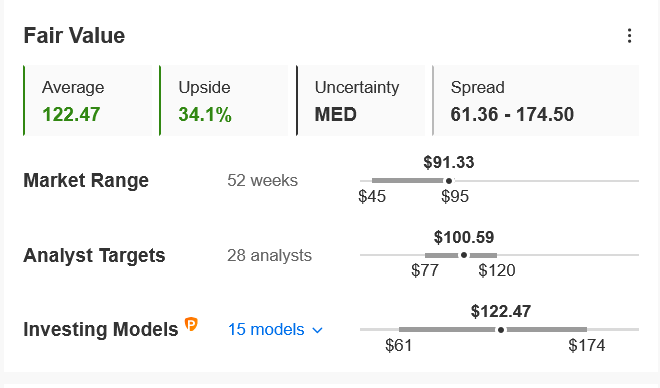 Analysts also remain bullish on the stock, citing expectations for a continued rally in oil prices, which are closing in on the key $100-level.

Aflac (NYSE:), which is the largest provider of supplemental health and life insurance in the U.S., has gotten off to a strong start to 2022 as investors pile into cyclical names with cheap valuations that stand to benefit from the improving economic outlook.

With a P/E ratio of 10.2, and an annualized dividend of $1.60 per share at a yield of 2.42%, Aflac appears as a good option for investors looking to hedge against scorching inflation in the months ahead.

With the yield on the U.S. Treasury note continuing its climb towards 2% and beyond, Aflac stands to generate higher net profit from its long-term bond investments in the months ahead.

AFL—which has gained 13.1% year-to-date—ended Tuesday’s session at a new all-time high of $66.04, earning the Columbus, Georgia-based insurance company a valuation of $43.0 billion.

Aflac reported impressive fourth quarter results on Feb. 2, for both earnings and revenue thanks to a strong performance across both the Aflac U.S. and Aflac Japan segments, as well as improved net investment income.

Perhaps of greater importance, Aflac’s management remains committed to returning more capital to shareholders in the form of higher dividends and stock buybacks. The company approved a 21.2% hike in its dividend in November 2021, marking the 39th consecutive year of a dividend increase.

Not surprisingly, the quantitative models in InvestingPro point to a gain of 7.1% in AFL stock from current levels over the next 12 months, bringing shares closer to their fair value of $70.74.

As one of the world’s leading producers of concentrated phosphate and potash crop nutrients, The Mosaic Company (NYSE:) has outperformed the broader market by a wide margin so far this year, thanks to a potent combination of a booming farm economy and a surge in agricultural commodity prices.

Year-to-date, Mosaic shares—which trade at a P/E ratio of just 9.5—have gained 14.3% in 2022, as investors have gotten increasingly bullish on the name given the resurgence in global commodity prices.

MOS reached its best level since August 2015 at $45.07 on Tuesday, before closing the session at $44.93, giving the Tampa, Florida-based agriculture giant a market cap of around $17.0 billion.

Mosaic is expected to deliver solid earnings and revenue growth when it releases its latest financial results after the closing bell on Tuesday, Feb. 22.

Consensus expectations call for the fertilizer maker to post fourth quarter earnings per share of $1.96, improving 243% from EPS of $0.57 in the . Revenue is forecast to climb 56.5% year-over-year to $3.85 billion amid higher sales volumes, and rising fertilizer prices. If confirmed, Mosaic’s quarterly sales total would mark the highest since Q2 2014, when it recorded revenue of $4.43 billion.

As such, we expect Mosaic’s management will provide upbeat guidance for the year ahead as the company continues to benefit from strong demand and pricing fundamentals for crop nutrients amid an inflationary environment.

Mosaic’s strong financial performance has allowed it to return more cash to shareholders in the form of higher dividend payouts as it recently announced a 50% increase in its annual dividend to $0.45 per share.

Not surprisingly, MOS stock is undervalued at the moment according to InvestingPro models and could see an upside of roughly 36% over the next 12 months to its fair value of $61.15. 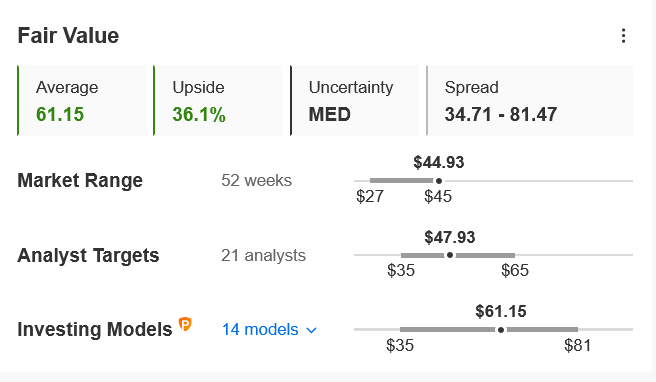