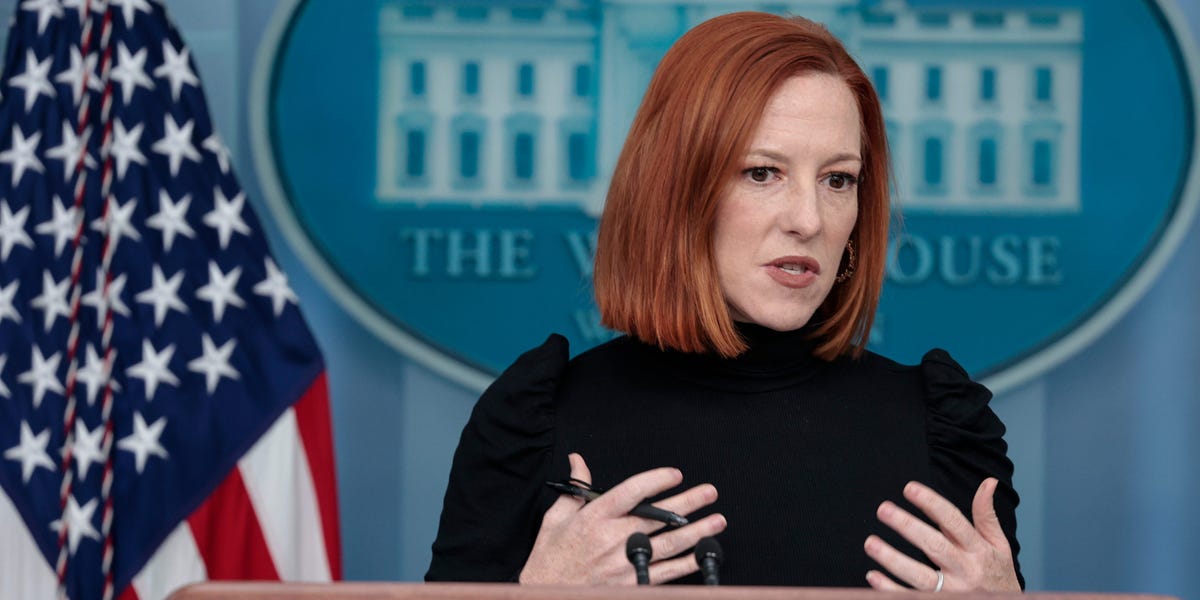 Biden “supports the right of any individual to seek to join a union, to collective bargain, and of course, Capitol Hill staffers are certainly individuals who are pursuing that,” Psaki told reporters.

The White House’s endorsement comes after congressional staffers on Friday announced an organizing drive to unionize.

The effort, known as the Congressional Workers Union, involves a group of Democratic staffers who have been quietly investigating their labor rights for the past year, Insider reported. Though not a formal union yet, a spokesperson for the group said their membership was in the “double digits.”

“We call on all congressional staff to join in the effort to unionize, and look forward to meeting management at the table,” the group said in a statement.

The unionization effort went public last week after House Speaker Nancy Pelosi was asked during a press conference about an Instagram account called Dear White Staffers, where congressional staffers have been sending in anonymous tips about low pay, diversity problems, and poor management on Capitol Hill.

Pelosi and Senate Majority Leader Chuck Schumer, the top Democrats on the Hill, said they would support staffers seeking to unionize.

“Like all Americans, our tireless Congressional staff have the right to organize their workplace and join together in a union. If and when staffers choose to exercise that right, they would have Speaker Pelosi’s full support,” Pelosi spokesperson Drew Hammill said last week.

More than a dozen other Democratic lawmakers, including Reps. Andy Levin of Michigan and Alexandria Ocasio-Cortez of New York, have also backed the idea for Capitol Hill staffers to unionize.

Congressional staffers are allowed to unionize, but only if both the House and Senate pass a resolution for their members’ offices to do so, which hasn’t happened yet. Once that’s done, each lawmaker’s office — not Congress as a whole — can then decide to form a union for its staffers.

Last Friday, Levin hinted that he may introduce the legislation to move the process along.

“At the request of the new union, next week we will take legislative action to afford congressional staff the freedom to form a union — a fundamental right of all workers,” he tweeted.

On the other side of the aisle, top Republican House Minority Leader Kevin McCarthy on Tuesday came out against the unionization efforts.

“I don’t think it would be productive for the government,” the California Republican told Punchbowl News.