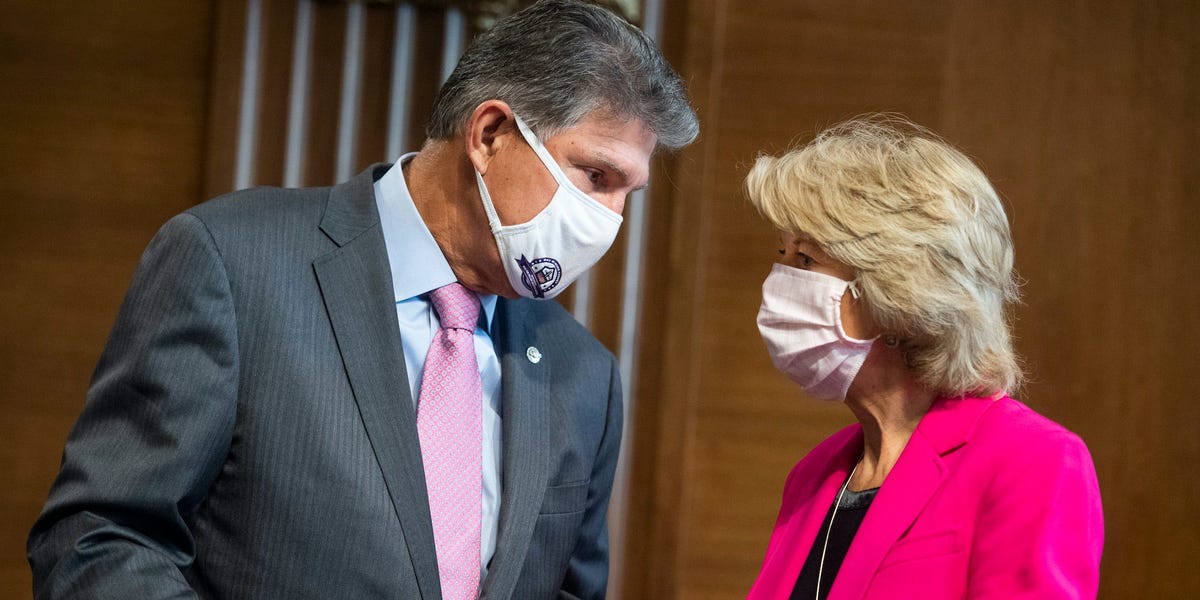 Sens. Joe Manchin and Lisa Murkowski Endorse Each Other


In a rare show of bipartisanship, Sens. Joe Manchin and Lisa Murkowski appeared in a joint TV interview on Sunday and exchanged endorsements.

Manchin, a Democrat from West Virginia, and Murkowski, a Republican from Alaska, appeared on CNN’s “State of the Union,” during which Manchin endorsed her and called her a “dear friend.”

“It’s hypocritical to work with a person day-in and day-out and then when they’re in cycle you’re supposed to be against them because they have an R or a D by their name,” Manchin said. “If these are good people I’ve worked with, we’ve accomplished a lot, why in the world wouldn’t I want to continue to work with them?”

Murkowski, who is facing Trump-endorsed primary challenger Kelly Tshibaka this year, also said she would endorse Manchin if he runs for re-election in 2024.