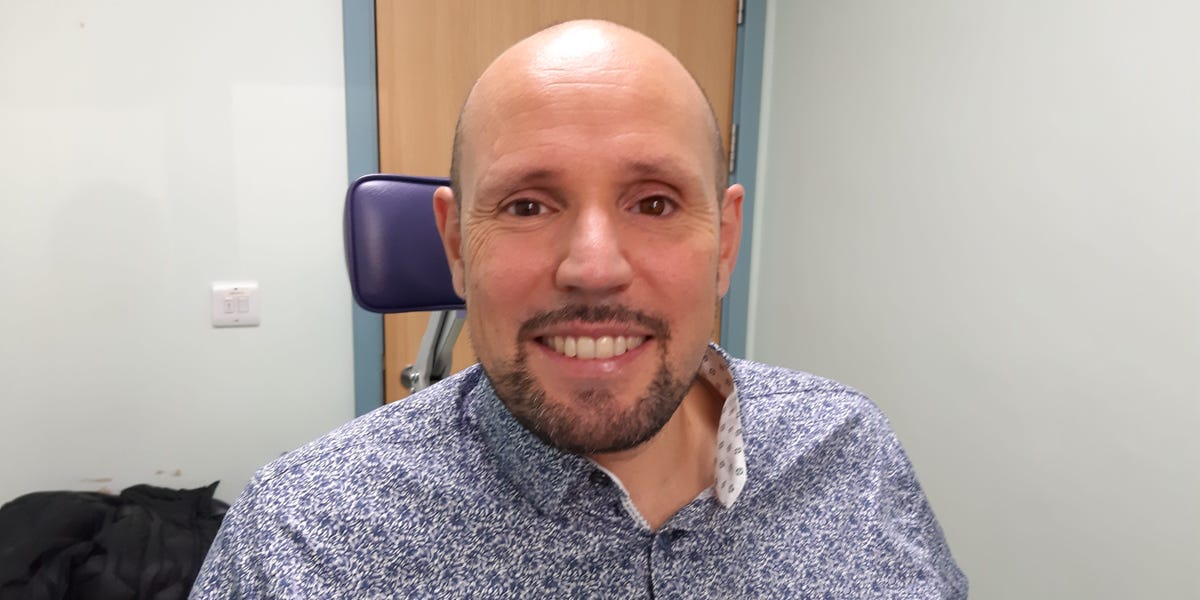 
A man recently made history when he became the first person in the world to receive a 3D-printed prosthetic eye.

The recipient was Steven Verze, an IT engineer originally from Melbourne, Australia. He told Insider that he was drawn to the procedure after he suffered a traumatic eye accident at the age of seven. This caused him to lose all sight in one of his eyes when he was 21.

“It was at that point I decided to get a prosthetic eye,” Verze said. He added that at the time, the type of surgery for receiving a prosthetic eye was relatively new, but he imagined technology would eventually improve prosthetics over time.

According to the hospital, traditional acrylic prosthetic eyes are hand-painted and take approximately six weeks to create. But a 3D-printed eye can be produced within two and a half hours. It is then sent to an ocularist, which is someone who specializes in the fabrication and fitting of a prosthetic eye. That process takes two to three weeks.

A 3D-printed prosthetic eye subsequently reduces the wait times by half for patients.

Verze’s surgery took place at Moorfields Eye Hospital in Finsbury, London, in November 2021. He said the opportunity was a “right place at the right time” kind of moment.

Verze said he went for a routine prosthetic upgrade at the hospital, which only takes place about every 10 years. It was there that he met the 3D team, who at the time were experimenting with eye shapes, colors, and sizes.

“I jumped on the opportunity to participate in the research. Given my background, I was super interested in the process and technology and was more than happy to help where I could,” he said.

Verze said he was “not nervous or scared at all,” by the procedure. “By this point, I have lived with my prosthetic for over 25 years, the hard bit was over for me many years ago,” he added.

It was also a “relatively painless” experience, he continued.

A fully digital 3D-printed eye is “more realistic, with clearer definition,” according to the hospital. They described the eye as a “true biomimic,” with real depth to the pupil.

“The way light travels through the printed eye is much more natural,” the hospital told Insider.

To get a 3D-printed eye fitted, a patient needs to get their eye scanned. The software then maps out a 3D model of the eye socket for the 3D printer, according to the hospital.

Verze said he never imagined putting himself forward for the research phase. “The whole thing about prosthetics is to hide the imperfections as best as possible, so I guess coming out and telling the world I have a prosthetic eye was liberating in a way,” he said.

Professor Mandeep Sagoo, consultant ophthalmologist at Moorfields Eye Hospital, told Insider. “We are excited about the potential for this fully digital prosthetic eye. It clearly has the potential to reduce waiting lists.”

The 3D-printed eye lasts for about five years, per the hospital. This is because the degree of match with the natural eye will gradually reduce over time as both eyes slightly change.

For Verze, he hopes others in similar situations as himself will put themselves forward for the procedure. Taking part in the research and testing was overall a “super awesome” experience, he added.