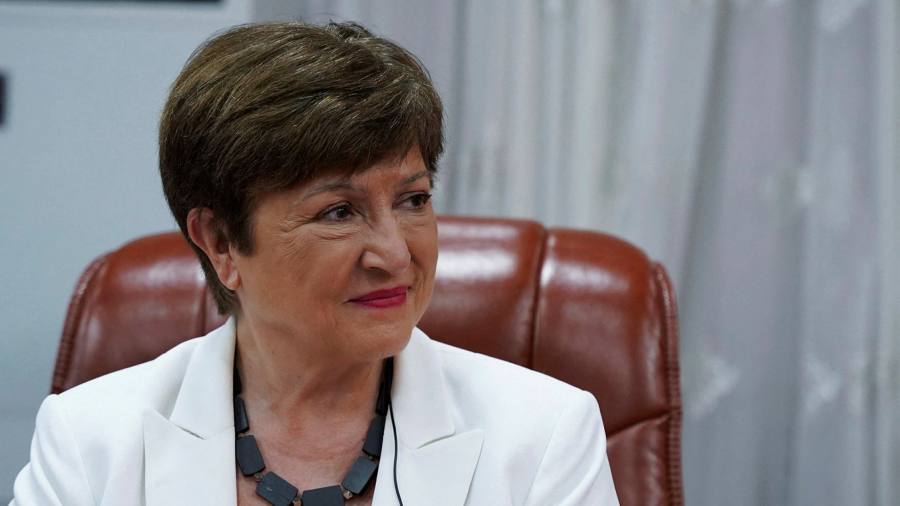 IMF defends deal with Argentina to restructure $44.5bn of debt


The head of the IMF defended its outline deal with Argentina to restructure $44.5bn of debt from a record 2018 bailout, despite mounting criticism over the plan to rescue the country’s struggling economy.

Kristalina Georgieva, managing director of the IMF, on Thursday applauded the initial framework of the agreement, whose details need to be finalised and approved by the fund’s board of directors.

It also needs to be ratified by Argentina’s congress, where the opposition made big gains in midterm elections last year, and divisions within the government’s coalition have recently appeared after a crucial figure resigned in protest of the deal.

“We are confident that this is a pragmatic programme,” Georgieva told reporters. “It will help Argentina to deal with the most significant structural problems.”

The deal comes as the country grapples with a floundering economy beset by surging inflation, pressure on its exchange rate and dwindling dollar reserves. If the country’s congress agrees to ratify the latest IMF deal, it will be the 22nd in six decades.

Announced last week, the agreement follows nearly 19 months of inconclusive talks, and sketches out a plan for Argentina to reduce its primary fiscal deficit gradually from 2.5 per cent of gross domestic product this year to 0.9 per cent in 2024.

It also involves a proposal to raise real interest rates, which are currently strongly negative, to incentivise investment in local bond markets and to reduce distortions in the economy.

No spending cuts were announced as part of the agreement in principle presented by Argentina’s finance ministry. Instead the state would play “a moderately expansionary role”, said finance minister and chief IMF negotiator, Martín Guzmán.

Critics say the programme’s apparent reliance on growth, rather than reducing spending to improve public finances, raises concerns over whether it is sustainable.

Under the current terms, Argentina has a grace period of at least 4.5 years before debt repayments begin.

“We also recognise the limitations of what can be done over the next years,” said Georgieva on Thursday.

“We had to calibrate the programme to be implementable,” she said. “Our main goal is to get Argentina out of this very dangerous path of high inflation.”

Georgieva added that the IMF had learned its lesson from its previous $57bn bailout of Argentina in 2018, saying that one takeaway was the “importance of realistic expectations: don’t go only with your baseline because things may turn . . . worse”.

The earlier arrangement was “too fragile” to succeed, an internal IMF report published in December concluded.

The IMF also admitted it had accepted overly optimistic government projections and that the initial deal could have benefited from capital controls and a restructuring of private creditor debt.

A total of $44bn of the agreed $57bn was disbursed by the time Mauricio Macri, the then pro-investment president, was voted out of office in December 2019. But the deal quickly veered off track and was cancelled by the incoming Peronist government of President Alberto Fernández in July 2020.

The leftwing Peronists have always been heavily critical of the IMF’s decision to give Argentina such a large sum, with most of the repayments falling in 2022 and 2023. They also argued that the loan financed capital flight and was mainly done to help Macri’s failed re-election campaign.

Fernández, who travelled to Moscow this week as part of a diplomatic tour, on Thursday said his government wanted to release Argentina from the “grip” of its relationship with the IMF and Washington.

“I’m certain Argentina has to stop being so dependent on the fund and the United States and has to open up to other places, and that is where it seems to me that Russia has a very important place,” the president said during his lunch meeting with Vladimir Putin.

Meta Platforms’ Decline: How Much Lower Can It Go?