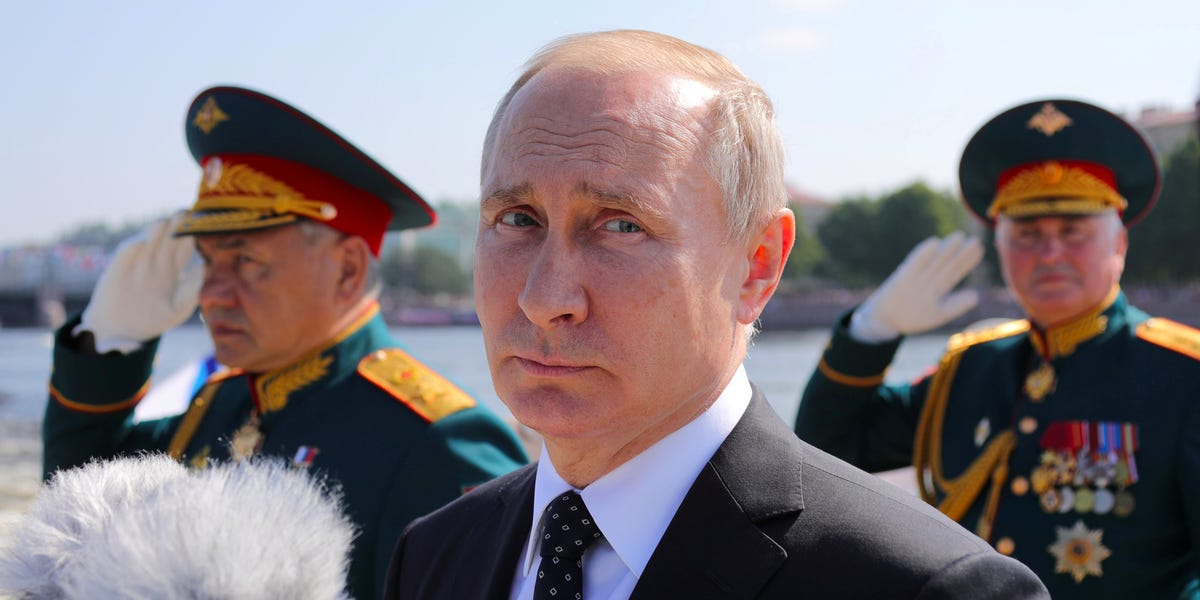 Myths About the Russian Military That Just Won’t Go Away


It’s time to retire outdated stereotypes about the Russian military: As the possibility of an escalated Russian war in Ukraine looms larger and larger, a noted strategist and historian took to social media to argue Moscow’s forces could be handily repelled by little hit-and-run warfare by Ukrainian civilians-at-arms.

“My call for a Ukraine national militia of quick-trained volunteers to attack stopped Russian columns opportunistically (the Finnish model) is misrepresented as a call for an endless guerilla war… After losing a few soldiers the Russians will withdraw (as in Chechnya). Losing 10,000 before breakfast never hurt the career of a Russian general, but with no surplus boys, Russia too is post-heroic. No tolerance of casualties.”

The invocation of Chechnya and Finland is peculiar as while both conflicts with Russia suggest certain operational and tactical lessons, neither ended victoriously for Russia’s opponents.

Yes, in 1996 Chechnyan separatists managed to compel Russian troops to withdraw in the First Chechen War — but were then brutally crushed four years later. And though the Finns executed a masterful mobile defense against larger Soviet forces in 1939-1940 and 1944, Helsinki was still eventually forced to sue for peace and cede the Karelian Isthmus both times.

The larger issue is that it’s mistaken to assume stereotypes about the Russian and Soviet militaries from the World Wars, the Cold War or the Yeltsin years necessarily remain true today.

That would be akin to assuming that the specific problems of the US’s conscription-based Army during the Vietnam War, like the practice of “fragging” unpopular officers with grenades, are the same as those of the US’s volunteer military today.

It’s not that there is never continuity or that all problems get corrected, but militaries really do change for better and worse in response to historical experience and shifting material circumstances. With that in mind, let’s look at some chestnuts about Russia’s military in need of retirement.

Economic collapse and corruption resulted in dysfunctions ranging from officers trying to sell submarines to drug runners, to alcoholism in the field and fighter pilots who only flew their aircraft 10 to 20 hours annually — culminating in the humiliating destruction of Russian armored columns in the Chechen separatist capital of Grozny.

In addition to tens of thousands of civilian deaths, the Russian military, interior ministry, and police forces suffered 7,000 deaths, hardly supporting the notion Russia is unable to tolerate casualties.

More recently, after an underwhelming performance in a war with Georgia in 2008, in 2009 Moscow began a new drive to reorganize, professionalize, modernize and selectively recapitalize its military.

By 2014 and 2015, wars in Ukraine and Syria revealed Russia’s integration of drone surveillance, precision-strike capabilities, and deniable private military companies as tools to wage war with fewer casualties to regular Russian forces.

The military-historical caricature is that Moscow relied on the sheer mass of bodies and heavy weapons to defeat qualitatively superior foes.

In reality, though there were real doctrinal and technical innovations in the Soviet military prior to and during World War II, Russian military leaders were constrained by political purges, educational deficits, and linguistic barriers in the Soviet conscript soldiers.

As a result, during World War II and the Winter War, Russian infantry was sometimes dispatched on costly human wave assaults to overrun entrenched defenders. Even in victorious campaigns in 1943-1945, it was typical for the Red Army to suffer higher casualties than its defeated foes.

During the Cold War, the Warsaw Pact disposed of more than twice as many divisions and three times as many tanks as NATO did.

Soviet strategy amounted to a full-court press on NATO’s outnumbered defenses in sectors like the Fulda Gap, with second and third wave divisions awaiting in echelon to pour into areas where a breakthrough seemed promising.

Russia still fields far more numerous forces than European militaries with equivalent defense spending, but not on the scale of the Soviet Union. In the 21st century, Moscow must make do with a smaller, more professional military, and one that’s better at keeping highly trained personnel alive.

Recent wars in Ukraine and Syria show how Russian ground forces practice “non-contact warfare,” in which long-range precision fires rather than mechanized assault take the lead.

This is reflected in the Ground Force’s preferred ad-hoc fighting formation, the Battalion Tactical Group, which combines infantry and tank companies with an unusually large quantity of artillery.

The new Russian playbook keeps tanks and infantry outside direct-fire range until the big guns and rockets have done most of the killing. This is possible due to the new capabilities of surveillance drones and electronic warfare units to ferret out enemy positions without having to push as many human scouts into harm’s way.

In theory, tanks and infantry companies in a BTG screen the artillery from counterattacks and mop up the survivors after the bombardment.

Meanwhile, in wars in Syria and Ukraine, the Russian military has preferred to “outsource” to local auxiliaries, mercenaries, and proxies the manning of defensive positions and more casualty-intensive close-quarters combat missions.

Myth #3: Russia’s Army is primarily made up of poorly trained conscripts.

It’s true a significant chunk of Russia’s army is made up of conscripts who are paid a pittance (2,000 rubles, ie. $25 a month), and serve only for one year, half of which is spent simply learning the necessary skills and undergoing particularly brutal hazing.

While the shortcomings of Russia’s one-year conscripts are real, they now constitute a large minority, not the majority of Russia’s military. A 2020 CSIS article, for example, counts 260,000 conscript soldiers and 410,000 contract soldiers, the latter paid an average of 62,000 rubles per month.

Regarding claims Russia lacks manpower due to a shrinking population, in fact only 5% of each yearly male cohort is conscripted, and the pool of available manpower is expected to increase for at least a decade.

Myth #4: Russia spends a tiny fraction of US military spending as measured by international exchange rates, so its military capabilities are proportionately weaker.

Recently, Russian military spending has ranged between the equivalent of $50 and $60 billion per year — less than 10% of the annual US defense budget. Skeptics like to point out Russia’s gross-domestic product is in the same ballpark as Italy’s.

It’s certainly true that the US’s financial means allow it to deploy global power projection capabilities including nuclear-powered supercarriers and hundreds of stealth combat aircraft that far exceed anything Russia’s military can do.

Furthermore, inadequate financing and military-industrial deficiencies have resulted in years of delays even for prominent projects like the Su-57 stealth fighter, T-14 Armata tank, and S-500 air defense system.

Reality: Russia’s military gets more bang for its ruble.

But any economists can tell you a dollar spent in China or Russia can buy more than a dollar in, say, Switzerland or the United States, meaning Russian military systems cost much less than Western ones, and salaries paid even to contract soldiers are much lower than in the US or Europe.

Furthermore, declines in the ruble-to-dollar exchange rates don’t as directly affect the price of military hardware Russia buys from Russian firms, ie. most of it. When adjusting for purchasing power, this may multiply effective defense spending by at least a factor of three.

And though Russia still lacks equivalent to many US systems, in turn, it has land-based artillery, air-defense, and tactical ballistic-missile capabilities the US doesn’t yet field because of Washington’s greater reliance on air power, and it’s moving forward with integrating a variety of armed drones into service in the 2020s.

These factors still leave Russia at a deficit compared to US spending, but a much smaller one than decontextualized budget figures imply. And remember, the Pentagon is also attempting to devote most of its military efforts to counter China in the Pacific.

Pointing out outdated stereotypes regarding Russia’s military isn’t meant to aggrandize its prowess, glorify its campaigns or defend human-rights abuses and invasions. Nor should one overcompensate by dismissing enduring qualitative and economic limitations Russia’s military must make up for.

Rather, we need to move past stereotypes — even those with some historical basis — that mischaracterize what Russia’s military can and can’t do today.

Sébastien Roblin writes on the technical, historical, and political aspects of international security and conflict for publications including 19FortyFive, The National Interest, NBC News, Forbes.com and War is Boring. He holds a master’s degree from Georgetown University and served with the Peace Corps in China. You can follow his articles on Twitter.