The bears took a hard punch last week. However, bulls are not in control yet. Investors will probably have to manage a retest of the January lows.

Excessive bearish sentiment and oversold conditions triggered a sharp rally over the past week. Bears have been squeezed as the buy-the-dip crowd smelled an opportunity. Subsequently, buyers retracted almost half of the recent correction.

Nonetheless, another attack at 4245 is likely. The recent selloff recovered from total momentum on virtually any technical time scale. Moreover, the sentiment was bearish but not in panic mode last week. Most often, similar conditions resulted in another leg just slightly lower.

Therefore, a capitulation selloff is the base case. Bulls want to see that on diverging momentum and breadth. The black and red scenarios blueprint how that could play out. Black reaches a slightly lower low after a fourth wave consolidation.

On the other hand, red fails to get to a lower low. Instead, a reversal unfolds somewhere between the 4300-4400 S/R cluster, which coincides with the 200 DMA. Red is slightly more likely, and a bullish five-wave sequence signals within an Elliott Waves framework that the late January low holds.

Last but not least, both scenarios blueprinted today get invalidated if momentum persists in the next selloff and 4220 breaks sustainably. The bottom line is that the remains likely to target 5000-5200, despite a bumpy road ahead. 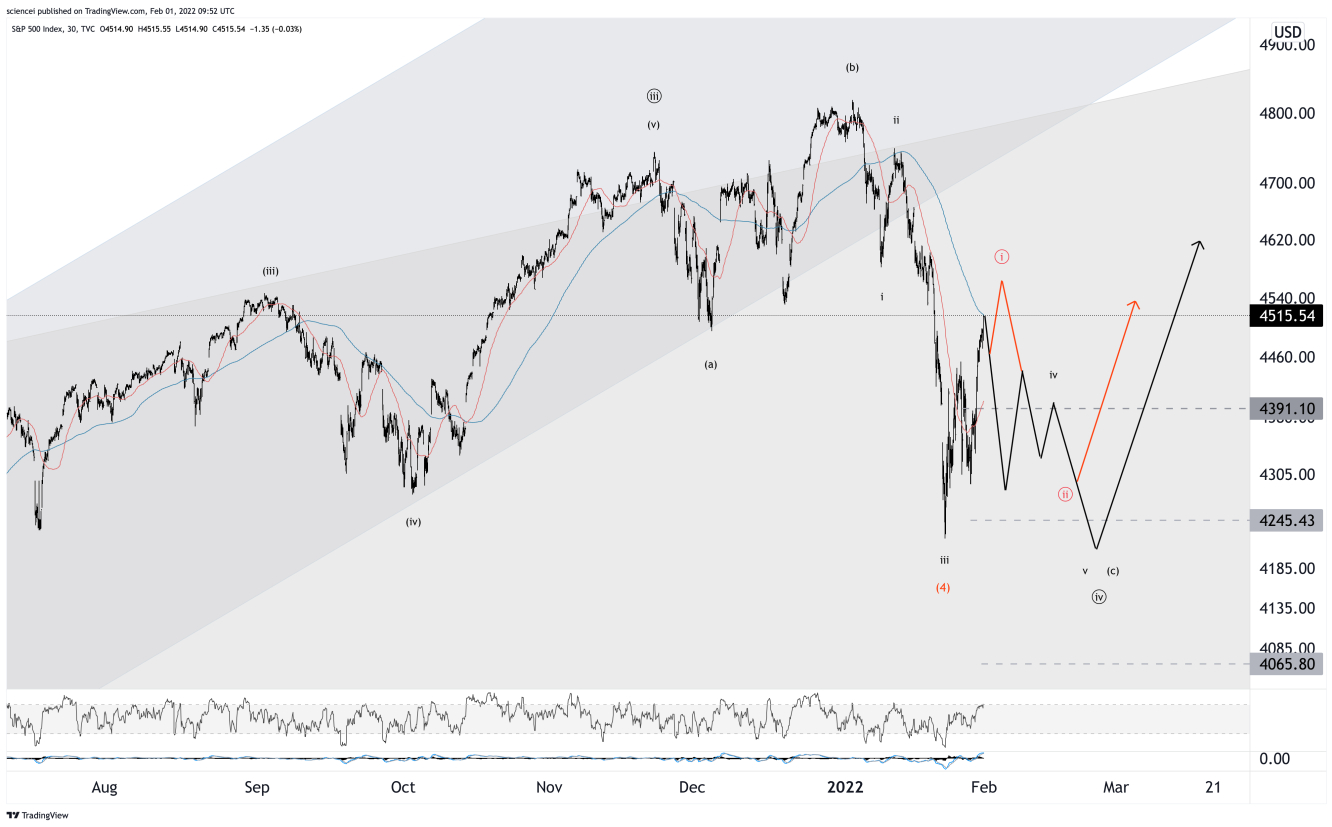 S&P 500 Elliott Wave analysis.
Disclaimer: Fusion Media would like to remind you that the data contained in this website is not necessarily real-time nor accurate. All CFDs (stocks, indexes, futures) and Forex prices are not provided by exchanges but rather by market makers, and so prices may not be accurate and may differ from the actual market price, meaning prices are indicative and not appropriate for trading purposes. Therefore Fusion Media doesn`t bear any responsibility for any trading losses you might incur as a result of using this data.