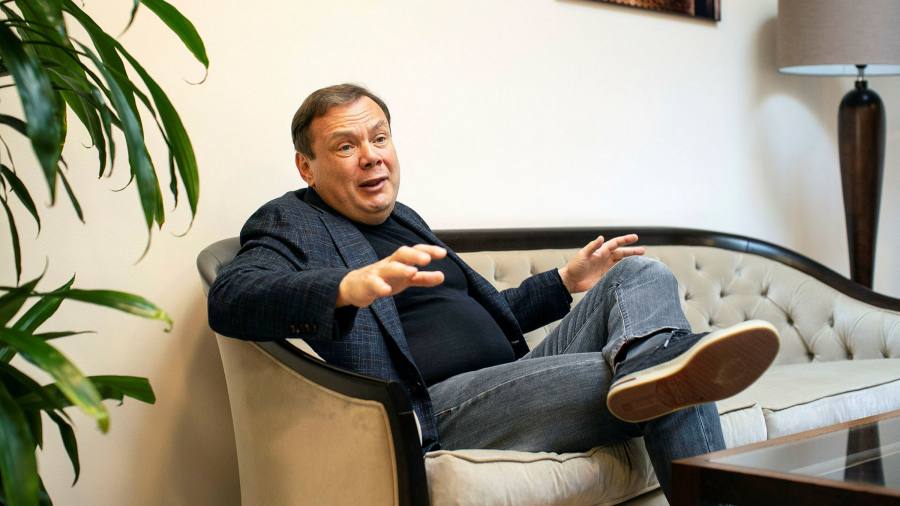 
Russian billionaire Mikhail Fridman’s LetterOne group has said it will block any short-term attempt to float Wintershall Dea by German partner BASF, raising the stakes in a battle for the future of Europe’s largest private energy exploration and production company.

LetterOne, the investment group controlled by Fridman, is a minority owner in the German energy group which was formed in 2019 through the merger of its business DEA Deutsche Erdoel with BASF’s Wintershall. Both companies were founded over a century ago.

BASF, which owns two-thirds of the group, intends to list the business. In a statement to the Financial Times, it said the group was “fully committed to divest our share in Wintershall Dea and we continue to consider an IPO as the best way to market our share”.

However, LetterOne told the FT that it would “resist the increasing pressure to act now” on an IPO.

The investment group argued that a listing would be commercially damaging given market sentiment towards assets in Russia, where the company produces some of its gas and oil. LetterOne said in a statement that this would “very likely result in a valuation that does not reflect the business’s potential”.

It also said that a focus on the IPO and distribution of dividends to its shareholders risked preventing investment in the supply of affordable energy for Europe.

London-based LetterOne values its 27.3 per cent stake at $5.2bn, which gives the company a market value of about $20bn and would make it one of Europe’s largest IPOs this year if it were to proceed.

The company is the biggest European independent exploration and production company in terms of production and reserves. The group said it produced 623 mboe/d — one thousand barrels of oil equivalent per day — in its last financial year.

LetterOne has little need of cash from dividends or a sale of the business. In November, Fridman told the FT it had more than $10bn to invest given a pre-tax profit for 2021 was expected to exceed $5bn. It also owns stakes in telecoms businesses and UK retailer Holland & Barrett.

The holding group said the company needs long-term focus and investment but it is increasingly concerned that “short-term stakeholder pressure” on BASF to pursue the listing may put the company’s plans to deliver sustainable and affordable energy at risk.

The IPO would also mean that the company would be less able to make investments or engage in mergers and acquisitions, it argued. “BASF’s exclusive focus on an IPO is preventing [Wintershall] from pursuing value-added activities, including potentially beneficial and accretive M&A opportunities which BASF have indicated they do not support”, LetterOne said.

“Pushing for an IPO now increasingly risks distracting the company’s attention from a growth path, by being focused on cutting investments and maximising near-term free cash flow and shareholder distributions.”

LetterOne said it would support a listing “when it makes commercial sense to do so”. It added that it had “in the past been a constructive partner in technically preparing WD for a potential IPO”.

It said it would also support increased dividends “when they are in alignment with the sustainable interests, targets and strategy of the business.”

‘TGT’ Journaling Hack May Totally Transform Your Productivity in 2022