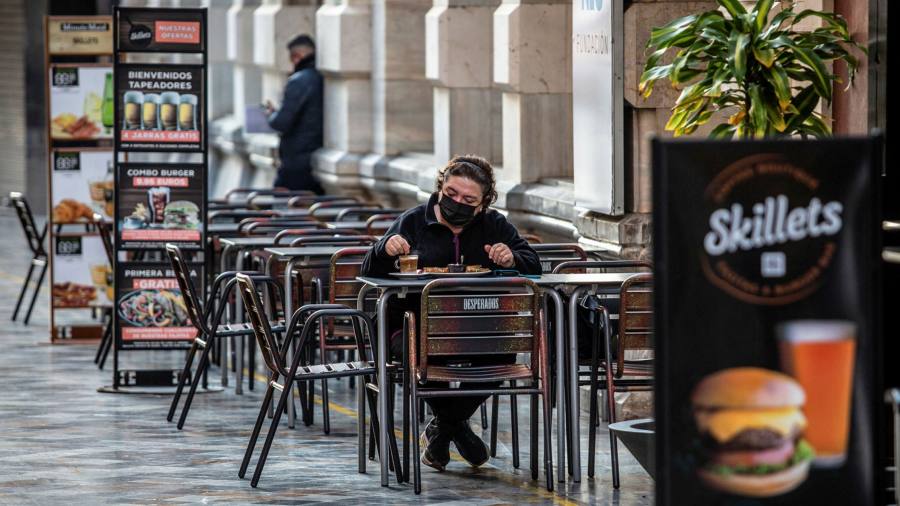 
Inflation in Germany and Spain stayed higher than expected in January, increasing the pressure on the European Central Bank to explain whether it still thinks eurozone price growth will fall below its target later this year.

Sharp increases in energy and food prices led to annual German inflation of 5.1 per cent in January, down from 5.7 per cent in December, according to the country’s harmonised index of consumer prices published on Monday.

“A number of service providers — restaurants, hotels, hairdressers, craftsmen, etc — have raised their prices since the summer of 2021 to make up for lost turnover,” said Marco Wagner, senior economist at Commerzbank. “This category also includes package holidays.”

This meant German inflation did not fall as much as expected by economists polled by Reuters, who had forecast a bigger drop to 4.7 per cent. Compared with the previous month, inflation was up 0.9 per cent, indicating underlying price pressures remain strong.

Annual inflation in Spain also remained higher than expected at 6.1 per cent in January, down from 6.5 per cent in December.

The ECB has a target of 2 per cent inflation for the eurozone and last month forecast price growth would fall back below this level by the fourth quarter of this year, justifying its decision to maintain a supportive monetary policy stance.

Economists expect eurozone inflation to fall from a record high of 5 per cent in December to 4.4 per cent in January, when those figures are released on Wednesday. Some analysts have been raising their forecasts to reflect pressure on energy prices as a result of tensions between Russia and Ukraine and further disruption to supply chains caused by the pandemic.

“In the short term risks to the inflation outlook are clearly tilted to the upside,” said Katharina Utermöhl, senior economist at Allianz. “Next to growing geopolitical tensions putting further upward pressure on energy prices, China’s zero-Covid policy may call for more severe lockdowns which in turn could fuel inflation by further postponing any easing in global supply chain stress.”

The persistence of inflation is likely to dominate the next ECB governing council meeting on Thursday, even if most economists expect it to stick to its timetable for reducing asset purchases to a lower level this year, while keeping interest rates at negative levels.

“For the ECB, today’s German headline inflation data will most likely lead to yet another upward revision of its inflation projections,” said Carsten Brzeski, head of macro research at ING. “Still, we see the ECB in no position to consider hiking interest rates any time soon.”

Spiralling prices are a sensitive subject for Germans, whose approach to money is still haunted by the hyperinflation of the 1920s that wiped out most people’s savings.

German energy prices were boosted by the impact of higher gas prices on annual utility bills and the increase in a carbon tax by €5 to €30 a tonne at the start of this year, which more than offset a cut in a green energy tax on electricity. Core inflation in Germany, stripping out more volatile energy and food prices, fell from 3.7 per cent to 3 per cent.

Part of the fall in prices was mechanical, because last year’s 1 percentage point boost to inflation from the reversal of a cut in sales tax has now dropped out of the year-on-year comparison.

Spanish inflation of 6.1 per cent in January was down from 6.5 per cent in December, its highest year-on-year rise since 1992. Compared with the previous month, prices fell 0.9 per cent. But annual core inflation in the country rose from 2.1 to 2.4 per cent.

Bill Introduced To Make Bitcoin A Legal Tender In Arizona