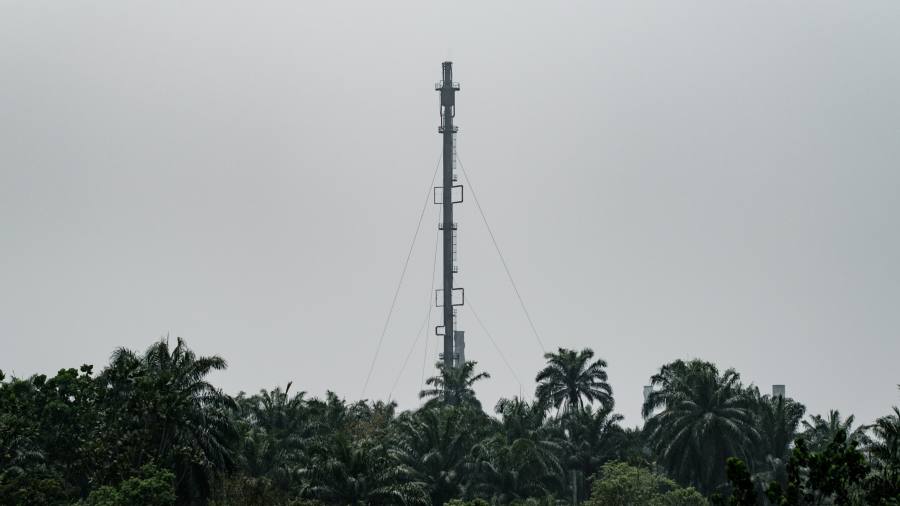 Welcome back to another Thursday Energy Source.

Question for readers: how high will this oil rally go? Please vote.

In Energy Source today, meanwhile, Carbon Tracker has a warning for oil producers. Don’t let high prices today lure you into pricey new projects that will lose you money when the fever breaks and the energy transition cripples fossil fuel demand.

Our second note picks up some comments from a recent interview with Chesapeake Energy’s chief executive, after his company expanded in the Marcellus shale, the US’s most prolific gasfield.

Data Drill looks at the mood in Texas’s oil and gas sector.

Rash investments could leave oil companies in a ‘nightmare scenario’

“We could see that the energy transition could accelerate very rapidly and ultimately that will drive a significant fall in demand for oil,” Mike Coffin, the report’s co-author and head of oil and gas at Carbon Tracker, told Energy Source.

Crude oil sits above $85 a barrel, up 57 per cent from the same time last year. While Carbon Tracker expects prices to remain high in the short term, it expects oil demand and prices to fall from the mid-2020s as climate policies tighten and a shift to electric vehicles gains speed. Oil prices would average $40 a barrel after 2026.

It is a threat to companies to make investment decisions based on today’s high oil price, the group says.

“Companies may see high prices [now] as a huge neon sign pointing towards investment in more supply,” said Axel Dalman, analyst and lead author of the report. “However this could become a nightmare scenario . . . shareholders could face catastrophic levels of value destruction as prices fall.”

The report found that companies investing in costly projects with long lead times are at the greatest risk of oversupplying the market and being left with stranded assets. If oil prices fell to $40/b, these companies would lose $530bn in the next 10 years and nearly $1tn if oil fell to $30/b.

Carbon Tracker picked out several megaprojects as examples, including ExxonMobil and Shell’s $6.7bn Bosi field development in Nigeria that isn’t expected to deliver oil until 2029. Oil prices would have to average in the high $50s/b for the project to break even, Carbon Tracker said.

Nevertheless, companies can meet demand without wasting capital. By favouring quick shale projects and relying on Opec’s spare capacity to close the supply gap, the report found companies can deliver on short-term demand and preserve shareholder value. According to Carbon Tracker, it’s in Opec’s interest to co-operate, as high prices could otherwise spur more US shale production and accelerate the transition to EVs.

“A sustained surge in the oil price is not necessary,” said Mark Fulton, co-author of the report and chair of Carbon Tracker’s research council. “The industry can both meet peak demand and manage its way through that without wasting capital by applying discipline.” (Amanda Chu)

Chesapeake CEO weighs in on purchase of Chief Oil & Gas

With its planned purchase of Chief Oil & Gas, announced on Tuesday, Chesapeake Energy is leaning back into natural gas — and especially the Marcellus shale, where it is already a leading producer.

Years spent trying to diversify into shale oil appear to have ended: Chesapeake is even selling its Wyoming oil assets to Harold Hamm’s Continental Resources. A company once synonymous with the profligate and debt-fuelled expansion of the shale gas boom has recovered its focus a year after emerging from bankruptcy, say analysts. It will use some debt to pay for the deal — but the market didn’t appear concerned. Chesapeake’s shares, buoyed also by a promised dividend increase, are up about 8 per cent since the news broke.

I had a late-night discussion with Nick Dell’Osso, Chesapeake’s chief executive, on the eve of the $2.6bn deal. Here are three points that stood out.

1. Oil will remain important to Chesapeake, and its Texan oil position is not for sale

Analysts said the Chief deal was about a return to gas, but Dell’Osso “wouldn’t necessarily describe it that way”. Oil will still generate 25 per cent of its cash flow after the deal, he pointed out. And the Eagle Ford assets, for which Chesapeake splashed $4bn in 2018, aren’t for sale, he said, despite the rumours: “We are committed to the Eagle Ford.”

2. The companies in the best parts of the Marcellus will take market share from the others

Marcellus shale gas deals have come thick and fast lately, with operators like EQT and Southwestern Energy also adding scale. But Dell’Osso thinks the consolidation may have run its course. The biggest operators — EQT, Chesapeake, and Coterra (created by last year’s merger between Cimarex and Cabot Oil and Gas) — now have positions in the core Marcellus rocks that will sustain them for years, he said.

But the strategy now becomes about building the core’s share of production, as drilling in the best rocks replaces output lost from exhausted, less productive parts of the Marcellus.

“Production will begin to decline in some of the areas that have seen less rigs . . . and that will open up capacity in the core to fill this,” Dell’Osso said.

3. Chesapeake is not gambling on new pipelines relieving the Marcellus bottleneck

Marcellus production can’t grow much because the pipelines to take gas to other markets are almost full — and aside from small expansions and workarounds, there isn’t much more capacity to come.

Even previously approved Marcellus pipelines face new obstacles. Just this week, a court ditched some approvals for the Mountain Valley Pipeline, which is already mostly built.

Marcellus operators think their gas would solve geopolitical problems and even reduce emissions, if only new pipelines could be built. But persuading a world growing anxious about climate change that it needs more infrastructure to ship fossil fuels is now a difficult sell. And local regulators and courts aren’t offering solace.

Texas’s upstream oil and gas made a comeback in 2021. The Texas Alliance of Energy Producers reported the 11th straight month of expansion yesterday, with Texas Petro Index figures for December at 172.6, up 28.8 per cent from the same time last year.

“Assuming continued steady growth in upstream activity levels in Texas in the coming year, the TPI is on track to reach and surpass its previous peak in late 2022,” said petroleum economist Karr Ingham in a press release.

The TPI measures monthly growth rates for oil and gas exploration and production. The industry’s expansion comes after a two-year pandemic contraction when TPI figures fell to a cyclical low of 131.2. While oil and gas prices are back up and production has reached new records, December’s TPI remains below pre-pandemic levels.

TPI in December 2019 was 193.1, about 12 per cent above today’s figure. While monthly rig counts have more than doubled since their record low in August 2020, they’re nowhere near their averages in 2018. Employment has also not fully recovered from the 83,000 jobs shed in the pandemic contraction.

“While we may wish for higher rig counts, industry employment, and payrolls, the purpose of any economy is to meet the wants and needs of its consumers,” said Ingham. “The US oil and natural gas industry, led by Texas, has done and continues to do an extraordinary job of providing abundant and affordable energy to power the economy and the daily lives and work of US households and businesses.” (Amanda Chu)