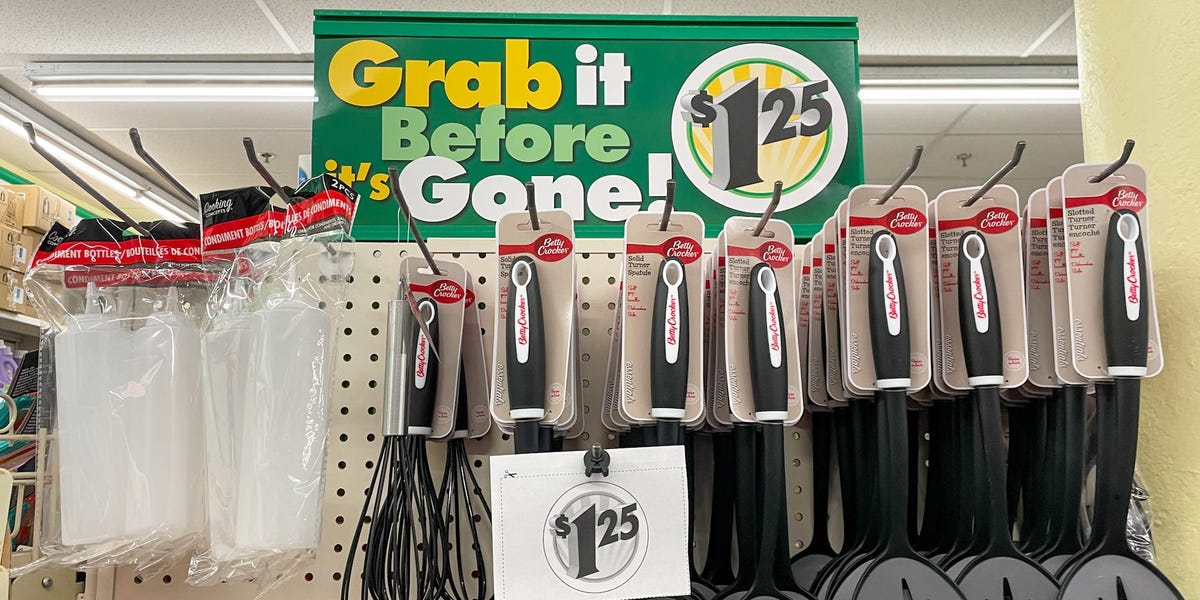 
There were signs on the door informing customers that the store accepts food stamps. These two chains count on low-income shoppers, and welfare checks typically drive sales.

The first thing we noticed is that most items cost well over $1.

Though there are some sections with $1 deals, most offers are $3 and over …

There was a ton of bundle deals to get customers to spend more.

And there was a mix of private label and national brands.

Some cleaning products were stored behind perspex panels for kids’ safety.

Despite the limited number of staff working at the store, we were impressed with how well it was kept.

Even in the typically messy kids section, toys were neatly arranged.

Dollar General has been strongly criticized in the past for the lack of fresh produce sold in its stores. Critics say these stores often open up in rural areas, forcing out other grocery stores, and creating food deserts.

This store only had a selection of processed and frozen foods.

One of the reasons Dollar General can keep its prices low is because it sells items in smaller quantities. It can mean shoppers pay more on a per-ounce or per-item basis.

Despite this, we saw some options for buying in bulk.

There were several gaps on shelves in the store.

Spaces on shelves have become common across the retail sector due to supply chain constraints.

Overall, the store was well presented and seemed like the ideal place for a midweek shop or somewhere to pick up cheap household essentials and personal care products.

Next, we headed to Dollar Tree. The company — Dollar General’s leading competitor in the US — also owns pricier sister chain Family Dollar and has over 15,500 stores in total.

At this chain, deep discounts are the name of the game.

Up until recently, Dollar Tree was the last remaining major dollar store chain to stick to its $1-and-under price point. In September, it raised prices to $1.25.