Chart Of The Day: More Losses On The Way For The S&P

The still looks quite heavy, and more losses could be on the way despite Apple’s (NASDAQ:) positive results.

Technology stocks in particular continue to weigh heavily on the major US indices as rising expectations over multiple interest rate hikes from the Fed undermine the appetite for expensive growth stocks. With the weekend approaching, there may be bouts of short-covering here and there, but ultimately the ongoing trend is bearish. Thus, any potential rallies are likely to be short-lived until something changes fundamentally.

Indeed, the S&P 500 has failed to show any further bullish price action after forming that hammer on the daily chart on Monday: 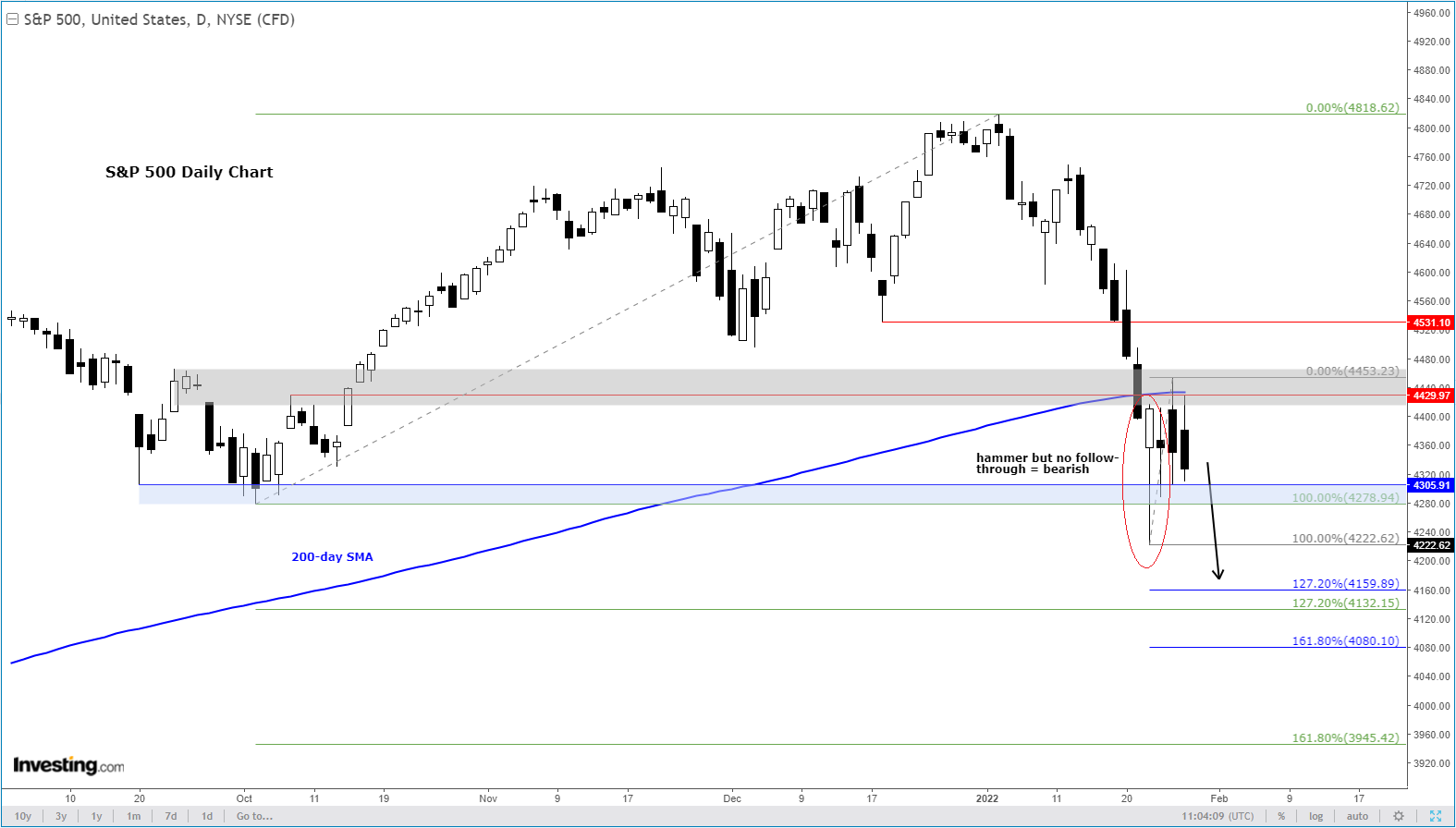 If that hammer candle marked the low point for the market, then, surely, we should have seen some upside follow-through by now. But this late in the week and we are residing in the lower half of Monday’s range. This points to a market that lacks bullish conviction—and rightly so.

So, in my opinion, it appears as though the bulls are still the trapped group of investors, and their stops are at risk of being taken—possibly later today.

Therefore, a drop to at least below Monday’s low at 4222 looks quite likely now. If there’s acceptance below that level, then the bears might want to target the Fibonacci extension levels shown on the chart.

As far as the bulls are concerned, well they will need to see a rally above Monday’s high in order to tip the balance back in their favour. Should this happen, the S&P will have also reclaimed the 200-day moving average. Only then will the bearish outlook become weak.

But until and unless that happens, or we find a more significant bottoming pattern at lower levels, the path of least resistance remains to the downside. As such, I would continue to look to sell into any short-term rallies at resistance, than buy the dips back to support.

Fed could use half-point rate rises if needed, says official