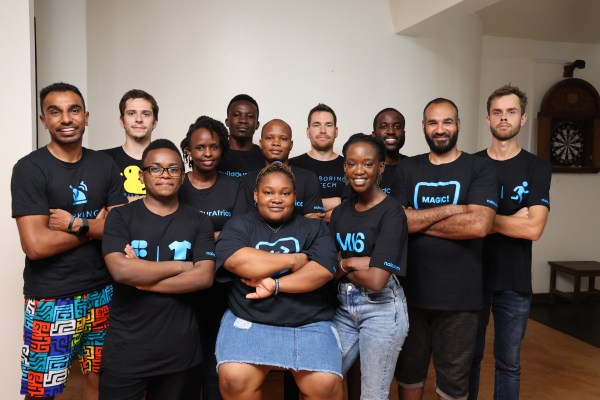 
NALA, a Tanzanian cross-border payments company that recently pivoted from local to international money transfers, said Thursday it has raised $10 million in a new fundraising round.

The seed round is coming almost three years after NALA secured a seven-figure pre-seed round led by Accel in 2019. In that time, NALA built a mobile money service in East Africa and scaled it to more than 250,000 users. But in 2021, NALA started testing international money transfers after some users expressed interest in moving money from the U.K. to East African countries (Kenya, Uganda and Tanzania), thus ushering the Tanzanian fintech into the remittance business.

The business opportunity for remittance is lucrative despite digital lenders vying for less than 20% of the international money market dominated by traditional offline players.

With Africa being the most expensive region to send money to, with 10.6% in average transaction fees, digital senders like NALA pitch themselves to customers as platforms with the best rates and lowest prices.

Other players in the space facilitating transfer from the U.K. to select African countries include unicorn Chipper Cash, Lemonade Finance, Zazuu and Sendwave. Their collective bet is that their market will grow over time and eat into traditional incumbents’ share. Whether that’ll happen remains to be seen.

That said, NALA has achieved considerable growth since testing out the product last year. The platform allows payments from the U.K. to Tanzania, Kenya, Uganda, Rwanda and Ghana. And in the past six months, more than 8,000 customers have moved over eight figures in transaction volume to Africa, the company said.

“Our core customer base is the diaspora right now who live in the U.K. This is the customer we’re currently serving today as we speak,” founder and CEO Benjamin Fernandes told TechCrunch in an interview. “We also got our license approvals to go live in the U.S. and the E.U., which will be going live in a month and a half in at least one other E.U. country, probably France.”

The chief executive also said NALA, currently present in Tanzania, Kenya, Uganda, Rwanda, Ghana and South Africa, plans to be live in 12 African countries by the end of the year, including Nigeria.

Remittance is NALA’s low-hanging fruit. According to Fernandes, NALA has more offerings in its pipeline that can be likened to Revolut’s when it first launched in the U.K. The European fintech unicorn, now a financial super app of some sorts, started off providing multi-currency bank accounts, fee-free currency exchange, peer-to-peer payments and a feature for businesses.

Similarly, NALA, in addition to enabling cross-border payments from the U.K. (and the U.S. and the E.U.) to Africa, is privately beta testing multi-currency accounts that will allow the African diaspora to store local African currencies when abroad. It is also currently piloting NALA for Businesses enabling people who run businesses in the diaspora to make payments to Africa.

Away from Revolut’s playbook, Fernandes says the Tanzanian fintech will be building out infrastructure to enable money transfers from Africa to the U.S. and the U.K.

“We’re scaling that up, not just being in Tanzania and Kenya and Uganda as a consumer-facing product. But in the long run, we want to build infrastructure across the continent where we can do outbound from the continent and allow people to send money back. We’ve submitted our remittance license application in Kenya, as well as Uganda, for us to be able to do this the other way around,” said the founder.

The company has hired Subuola Abraham, ex-Citi U.K. MLRO and former group chief compliance officer at pan-African bank Guaranty Trust Bank, to lead its compliance efforts. It also struck a deal with Citi Bank Global to manage their F.X. and fast-track growth across multiple regions, one of the few African tech companies with this deal. 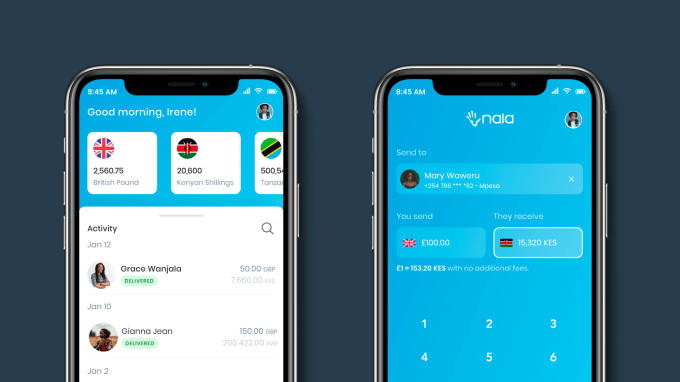 As part of its user acquisition and retention efforts, NALA will be launching a crowdfunding campaign this year where its first users will get access to own some shares in the company, said Fernandes. It’s a move similar companies facilitating money transfer in Africa, such as Eversend, have made in recent years.

Sheel Tyle, the founder and general partner at Amplo, will join NALA’s board, the company said in a statement.

The investment will allow NALA to hire more talent and foster growth efforts in the U.K., U.S. and Europe, build payment rails in Africa and expand to new countries.

“We don’t want to be compared to a regular remittance company, and people will do that naturally. But we think remittance is just the starting point for what we’re going to build,” said Fernandes. “My take is that payments across the continent is 1% built, and there’s a lot of infrastructure and software that needs to be built deeply. That’s where we want to sit and this $10 million round is going to do a lot of that.”

Is It Time For Stocks To Rally, Commodities To Top And Gold To Start A Down Leg

Remofirst raises $14.1M to make it cheaper and easier for businesses to hire remote…

In Latin America, founders and investors seek to balance caution and optimism •…

With new cuts, Klarna joins the ranks of companies having to conduct more than one…