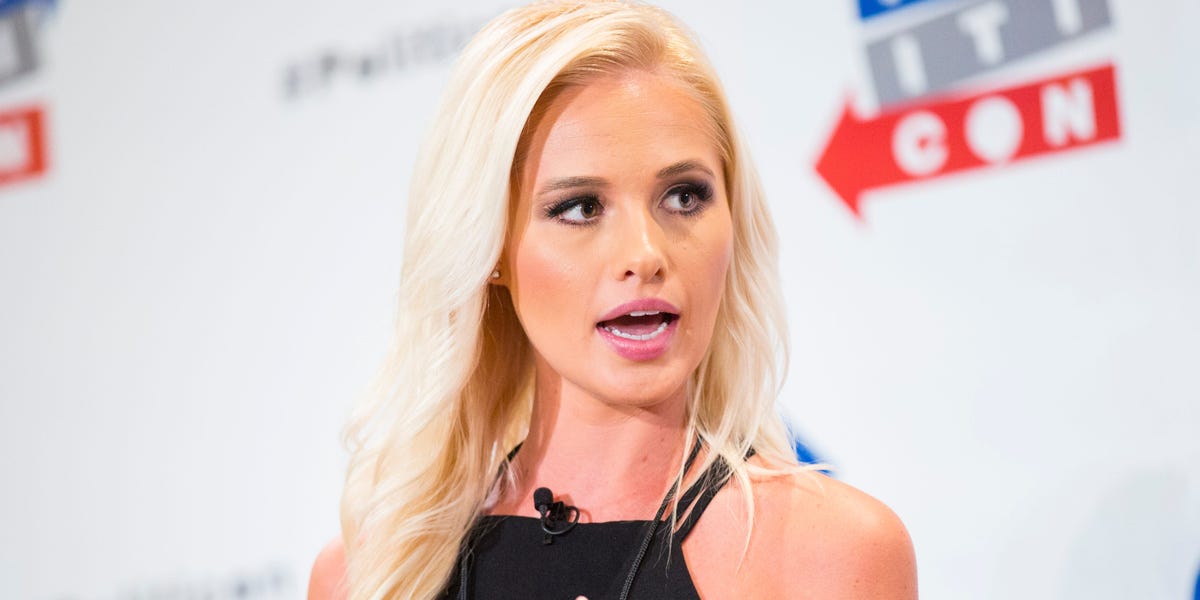 
Fox News personality Tomi Lahren told police officers that significant numbers of police brutality cases could have been avoided “if people would just comply with police, would follow orders, and not resist arrest.”

The Washington Post reported that Lahren, a political commentator for the Fox Nation shows “Final Thoughts” and “No Interruption,” made the comments in October at the Street Cop Training Conference in Atlantic City, New Jersey.

More than 1,000 police officers from departments across New Jersey and other states attended the conference, The Post reported. During her speech, Lahren described Black Lives Matter as “thugs, felons, and criminals” and a “terrorist organization.”

“If I’m wrong, please point it out,” Lahren said, according to a sound clip of her remarks shared by The Post. “But all these major headline incidents that we’ve had in this country involving law enforcement in the last, at least, five years could have all been prevented if people would just comply with police, would follow orders, and not resist arrest.”

The audience can be heard applauding and cheering in the clip.

Her comments were consistent with previous statements she has made on her shows and social media.

The Post’s investigation found Lahren’s sentiments were typical of those made in commercial police training settings, even as calls for reform grow. The outlet spoke with 18 trainers and experts in addition to watching or attending conferences in New Jersey and Idaho, many of whom balked at police reform.

Several blamed the media for overplaying the public’s desire for reform and dismissed reformers as a small cohort, The Post found. The outlet also said many portrayed violence as an inherent part of policing.

“The curriculum is that you are a good person and reveling in violence and being an expert in violence is not morally wrong,” Michael Sierra-Arévalo, a sociology professor at the University of Texas at Austin who attended the Street Cop Conference, told The Post. “In fact, it’s your moral duty because you’re a paladin. You are this kind of warrior.”

Calls for police reform grew during the racial justice protests in the summer of 2020 after the murder of George Floyd by a Minneapolis police officer.

Congress engaged in bipartisan talks about a potential police reform bill last summer, but they fell apart without reaching a deal.