The Peruvian government said it plans to fine a subsidiary of Spanish energy group Repsol for causing a devastating oil spill that blackened beaches near Lima and prompted the state to declare an “environmental emergency”.

Mirtha Vásquez, Peru’s prime minister, told local radio on Monday that Repsol had to face up to its responsibilities and pay for the spill, which President Pedro Castillo has described as “one of the biggest ecocides ever on our coasts and seas”.

“They cannot argue they are not responsible,” Vásquez said. “They are, and therefore they have to think about the consequences.”

Last week, Rubén Ramírez, environment minister, said the company would face a fine of about $34m. In addition, it will be forced to pay for the clean-up operation and might have to pay compensation to hundreds of fishermen, hoteliers and restaurateurs who have lost income because of the disaster.

The spill occurred on January 15 as an Italian-flagged tanker, Mare Doricum, was unloading at Repsol’s La Pampilla refinery, 30km north of Lima, the capital.

Repsol said the accident was caused by “sudden and extraordinary anomalous waves produced by the volcanic eruption in Tonga”. The subsea eruption of the Hunga Tonga Hunga Ha’apai volcano this month triggered a tsunami that affected shorelines across the Pacific.

The Spanish company described the event as “an unforeseeable maritime phenomenon” and argued that it was therefore not to blame. It has also said Peruvian authorities did not warn of high waves in the aftermath of the Tongan eruption.

Initially, Repsol said the spill was tiny, less than one barrel of oil, but in recent days that assessment has been challenged. Ramírez said about 6,000 barrels of oil had been dumped into the ocean, putting it on a par with the oil slick in Mauritius in 2020, when a Japanese tanker ran aground on a coral reef.

Repsol has not confirmed that figure, saying it was still assessing the damage.

On Saturday, Peru declared an “environmental emergency”, saying a clean-up and monitoring operation was under way on 21 beaches. The decree will remain in place for 90 working days. Repsol says the clean-up will take until at least the end of February. The oil has spread about 40km from the refinery.

Over the weekend, hundreds of workers clad in white suits waded through thick black oil on sandy beaches in an effort to save wildlife.

Peru’s trade and tourism minister estimated the economic cost of the spill to be at least $50m. 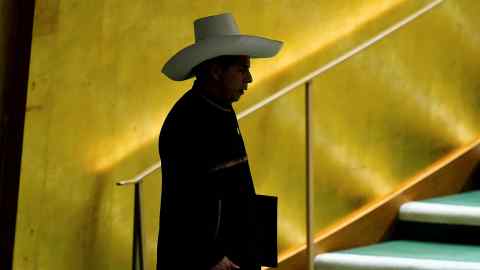 Last week, Repsol said it regretted “not having adequately communicated” everything it was doing to clean up the oil, but stopped short of accepting responsibility.

The incident has become a hot political issue in Peru, which elected leftwing president Castillo last year. His government already had a frosty relationship with foreign multinationals, which it accused of not contributing enough to state coffers.

Castillo visited the affected beaches and vowed to bring those responsible to justice. Some politicians have urged him to close Pampilla, the largest refinery in the country, and terminate Repsol’s operating contract.

Free Perú, the Marxist party that propelled Castillo to power, called for the contract to be renegotiated. It is organising protest marches across the country on Thursday and a national march in Lima next Monday.

On Sunday, hundreds marched through Lima carrying a banner accusing Repsol of “ecocide”. Others marched to the refinery.

X1 gets 50% valuation boost, aims to give consumers a way to…

Nominations for the Leading Managers and Agents for…

How to Buy Bitcoin With a Credit Card – Bitcoin…