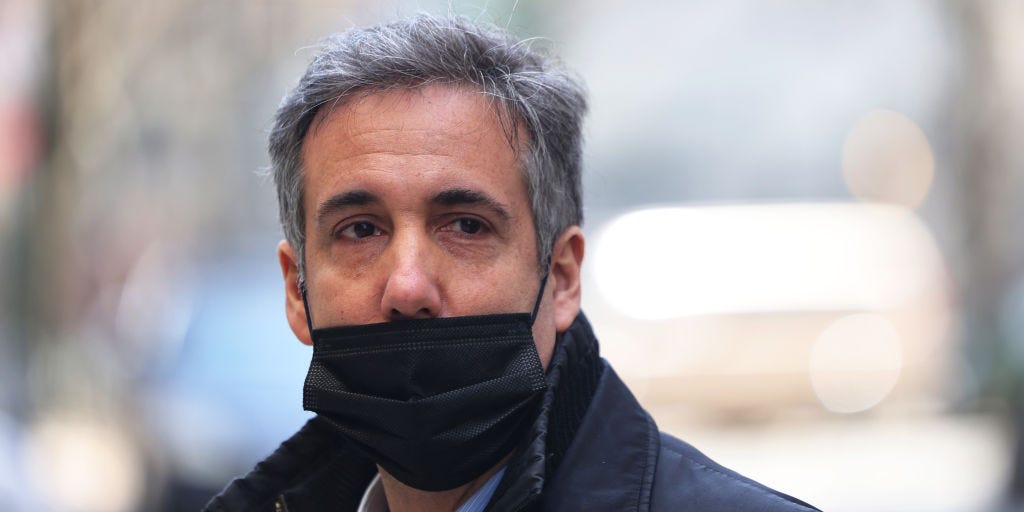 
The Department of Justice’s inspector general has told lawmakers that he will look into the Trump administration’s treatment of Paul Manafort and Michael Cohen as part of a broader review of how federal prisoners have been treated during the pandemic.

In a letter dated January 19, obtained by Insider on Monday, Inspector General Michael E. Horowitz said his staff had already been in touch with lawyers for Cohen.

Cohen has alleged that he was illegally retaliated against — and returned to prison from home confinement — due to his criticism of former President Donald Trump.

The response from the inspector general came nearly 18 months after Democratic lawmakers Reps. Ted Lieu of California and Hakeem Jeffries of New York had requested that Horovitz “investigate the potentially unlawful actions” of former Attorney General Bill Barr and others who may have had a role in returning Cohen to the Otisville federal prison.

Cohen, when he was released to home confinement in May 2020 due to health issues, was serving a three-year prison sentence after pleading guilty to campaign finance violations and lying to Congress over hush payments made to women alleging they had extramarital affairs with Trump. He was sent back to prison in July 2020 — and placed in solitary confinement, he alleges, due to his public criticism of the former president.

Speaking to Insider, Cohen said he was disappointed that the inspector general has not done more to investigate his allegations.

“This non-acknowledgment acknowledgment is far less than what I was hoping for after 18 months of neglect. This letter should have merely apologized for the delay, as it did, and stated emphatically that the OIG is opening an investigation into the unconstitutional remand of me back to Otisville,” Cohen said.

The former president’s one-time fixer believes an investigation uncover wrongdoing at the highest level, showing “that former President Trump and his complicit attorney general, Bill Barr, spearheaded this violation of my First Amendment right — proving my statement that Trump did not want to be president of the United States but rather an autocrat, dictator, monarch and/or supreme leader.”

The Department of Justice did not immediately return a request for comment, nor did a spokesperson for Trump.

In his letter to members of Congress, the department’s inspector general noted that the office has begun a “systemic review” of how the federal Bureau of Prisons approached the issue of home confinement during the early months of the pandemic. That review, he said, “will also assess the information you provided in your May 13, 2020, letter concerning Paul Manafort and other concerns about potential irregularities in the BOP’s process.”

In that May 2020 letter, Lieu and Jeffries complained of the “disparate treatment” received by Manafort, former President Trump’s ex-campaign manager, compared to other federal inmates who remained behind bars. Manafort, serving a 47-month sentence after a jury found him guilty of tax and bank fraud, was released to home confinement that month.

“This outrageous, unconstitutional behavior by the Justice Department and BOP must stop,” the lawmakers wrote.

Is The Bitcoin Lightning Network Centralized?