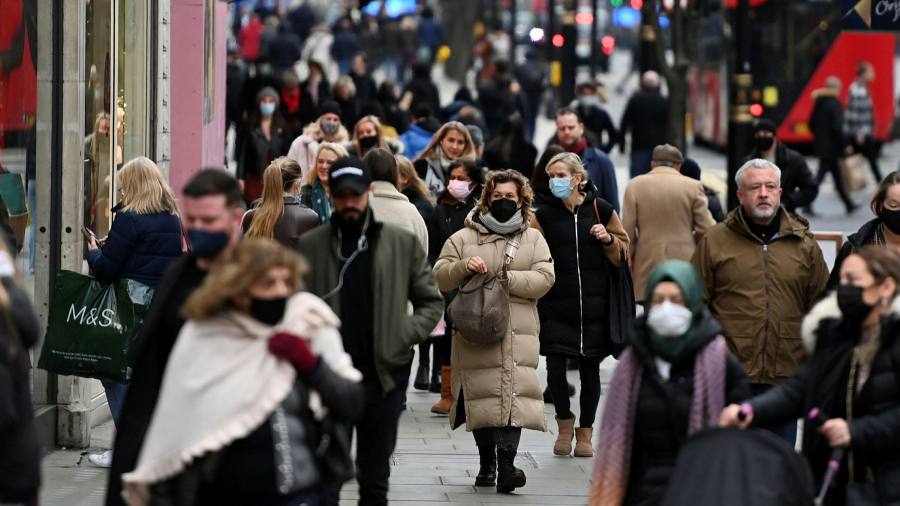 
UK economic activity growth slowed to an 11-month low in January, as high numbers of coronavirus infections weighed down on consumer services, according to a closely watched survey.

The flash IHS Markit/Cips UK composite purchasing manager index, or PMI, a measure of the health of manufacturing and services activity, dipped to 53.4 in January from 53.6 in the previous month.

The reading fell short of the 55 forecast by economists polled by Reuters, and marked its lowest level since February 2021, when the country was still under lockdown with strict Covid-19 restrictions.

Gabriella Dickens, economist at the consultancy Pantheon Macroeconomics, said the January data suggested “that the Omicron variant continued to weigh on activity in the first half of the month”.

Dickens added that the PMIs, based on interviews conducted between January 12 and 20, were in line with her forecast for a further small month-to-month fall in gross domestic product after an expected contraction in December.

Yet James Smith, economist at ING, noted that a “more modest fall in the PMIs, relative to past Covid waves” hinted that “the cumulative hit to UK monthly GDP from Omicron will be less than 1 per cent”.

Dickens warned that the weak January reading would not dissuade the Bank of England’s Monetary Policy Committee from increasing interest rates at next week’s meeting, particularly in light of the persistent price pressure.

The PMI sub-index for input costs across the economy rose at its second-fastest pace since records began in 1998, after reaching a peak last November, reflecting higher energy costs and staff wages, according to the report.

The MPC “has little choice but to hike rates again in order to contain price pressures and anchor inflation expectations”, said Dickens.

The survey showed that manufacturing was outperforming the services sector as the latter bore the brunt of a fresh wave of Covid-19 infections, which forced many people to self-isolate or avoid crowded places towards the end of last year.

“Consumer-facing businesses have been hit hard by Omicron”, while others “have remained encouragingly robust,” said Chris Williamson, chief business economist at IHS Markit.

In contrast to the decline in economic activity in January, a sustained rebound in the availability of materials led to the fastest rise in UK manufacturing output volumes since August. 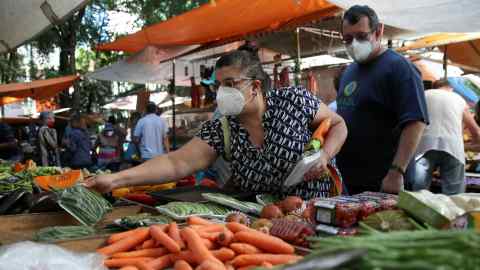 Unlike the services sector, factories also reported a slowdown in input prices thanks to some easing of supply chain disruptions and a reduction in the cost of raw materials.

Businesses in both the manufacturing and services industries commented on capacity constraints and rising backlogs of work as a result of staff absences due to the pandemic, according to the report.

Some forward-looking indicators gave a more promising picture than the January output readings. Business expectations for the year ahead, for example, were their most upbeat since the summer, with respondents reporting that looser pandemic restrictions and strong projections for customer demand had helped to boost their confidence.

While the PMIs suggest that the UK economy is still suffering from a “hangover from the surge in Omicron cases”, said Adam Hoyes, economist at research firm Capital Economics, “we still think GDP will recovery fairly swiftly over the rest of Q1”.

Can Big Tech Earnings Turn Around Tepid Results From Banks And Airlines?