Can Big Tech Earnings Turn Around Tepid Results From Banks And Airlines?

Earnings season is getting off to a rough start for Q4, something we’re not used to seeing as companies tend to easily surpass profit expectations quarter after quarter. Things kicked off on the wrong foot with the big banks, specifically JPMorgan (NYSE:), Citigroup (NYSE:) and Goldman Sachs (NYSE:), and while Bank of America (NYSE:) and Morgan Stanley (NYSE:) were somewhat able to redeem the financials last week, negative commentary from other reporters, such as the airlines weighed on the markets.

United Airlines (NASDAQ:) and American Airlines (NASDAQ:) both surpassed top- and bottom-line expectations, when they reported, but warned that Omicron was hitting near-term demand, causing both to lower Q1 estimates. Add to that rising costs, and new 5G technology deployed by AT&T (NYSE:) and Verizon (NYSE:) that could interfere with aviation equipment and therefore disrupt travel, and the picture for airlines starts to look uglier. We’ll hear from JetBlue (NASDAQ:), Southwest Airlines (NYSE:) and Alaska Air Group (NYSE:) next week.

The blended EPS growth rate for companies in the S&P 500 currently stands at 21.8%, according to FactSet, up slightly from the 21.7% expectation from last week. If this is the final number, it will mark the fourth straight quarter of EPS growth above 20%. Revenues are expected to come in at 12.9%, unchanged from last week, in what would be the fourth consecutive quarter of double-digit sales growth.

It wasn’t only disappointing earnings that rattled the markets last week, but surging bond yields, which reflected the expectation that short-term interest rates will rise, with the rate surpassing 1% and the topping 1.9%, both the highest numbers seen in two years. The sell-off was specifically seen in growth stocks, read: tech names.

Many of those big tech companies will report Q4 results this week and give guidance for Q1 and FY 2022. IBM (NYSE:), Microsoft (NASDAQ:) and Apple (NASDAQ:) are out this week, and analysts are expecting double-digit profit growth for all three, but that precipitously drops off for the first two quarters of year. 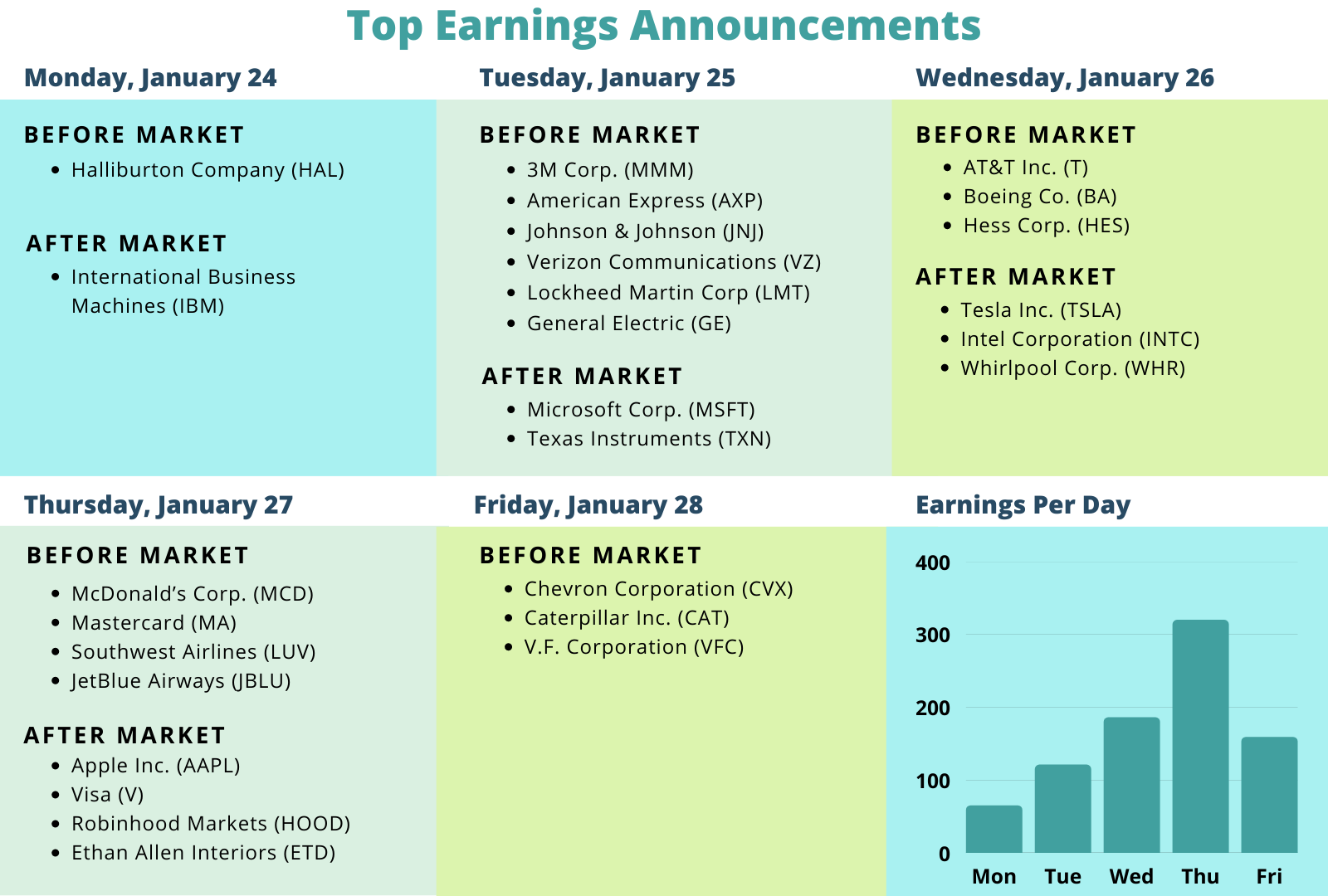 The Delayer/Advancer Ratio Holds Steady at 0.8 – Indicating More Companies are Advancing Earnings Reports in Q1 for the Q4 Reporting Season

Each earnings season we track whether companies report sooner, later or in-line with their historical reporting date. Academic research shows that when a company delays earnings, bad news typically follows on the earnings call. Similarly, advancing an earnings date is highly correlated with good news being shared on the quarterly call. We find the delayer/advancer ratio to be a good indicator of corporate health.

Looking at just U.S. companies with a market cap greater than $250 million, the delayer/advancer (D/A) ratio for Q4 earnings holds steady at 0.8, meaning slightly more companies are advancing earnings than delaying them. This is below the 10-year average of 1.1, and a good sign of what could be shared on upcoming earnings releases. It’s important to keep in mind, however, that it is still very early in the season, and less than half of the companies in our universe have confirmed earnings dates at this juncture.

The chart below shows the D/A ratio for each of the last 10 years as well as for Q1 2022, and outlier counts (delayers and advancers) for each period. 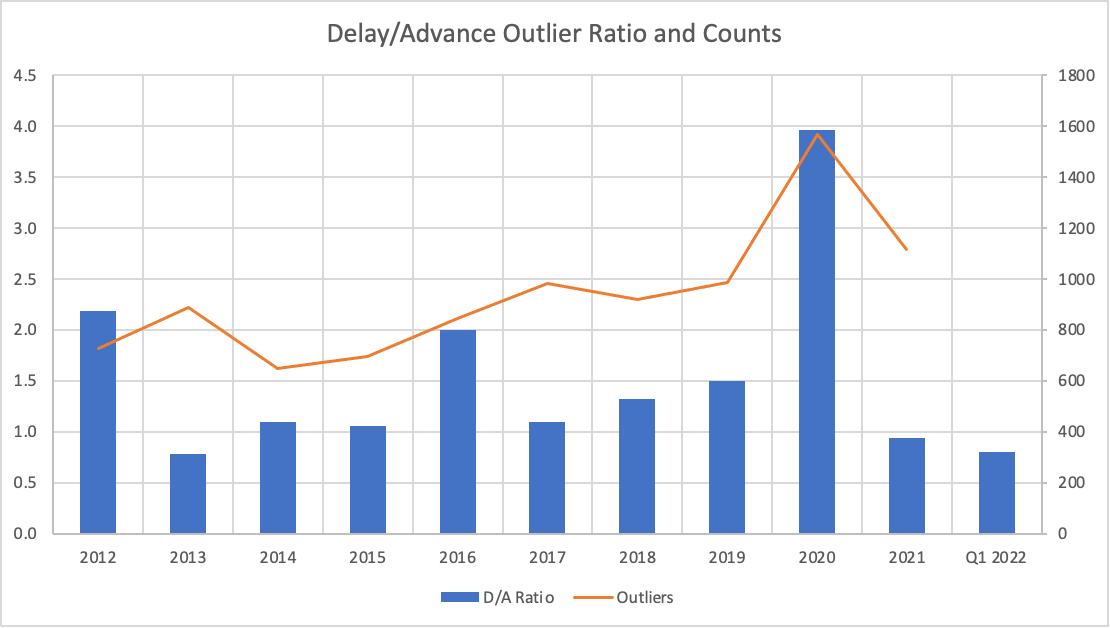 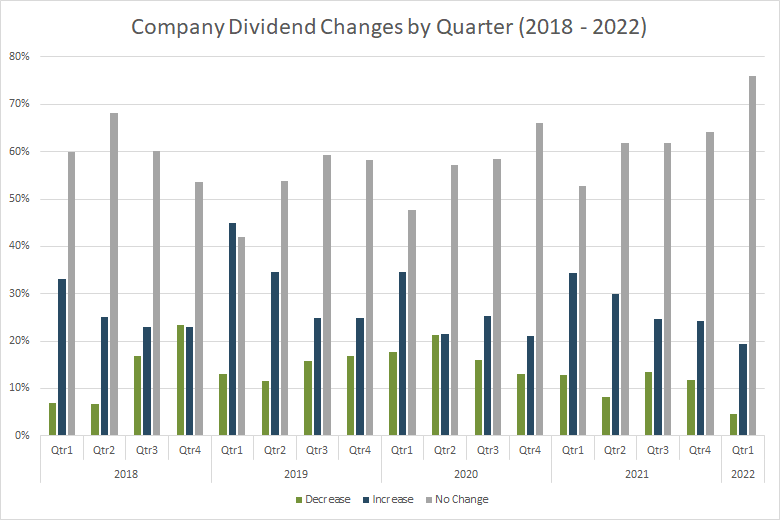 This season peak weeks will fall between Jan. 31 and Feb. 25, with Feb. 24 predicted to be the most active day with 820 companies anticipated to report. Only ~43% of companies have confirmed at this point (out of our universe of 9,500+ global names), so this is subject to change. The remaining dates are estimated based on historical reporting data. Keep in mind the Q4 reporting season is always a bit more prolonged, typically stretching over four peak weeks rather than the usual three peak weeks seen in Q1 – Q3. 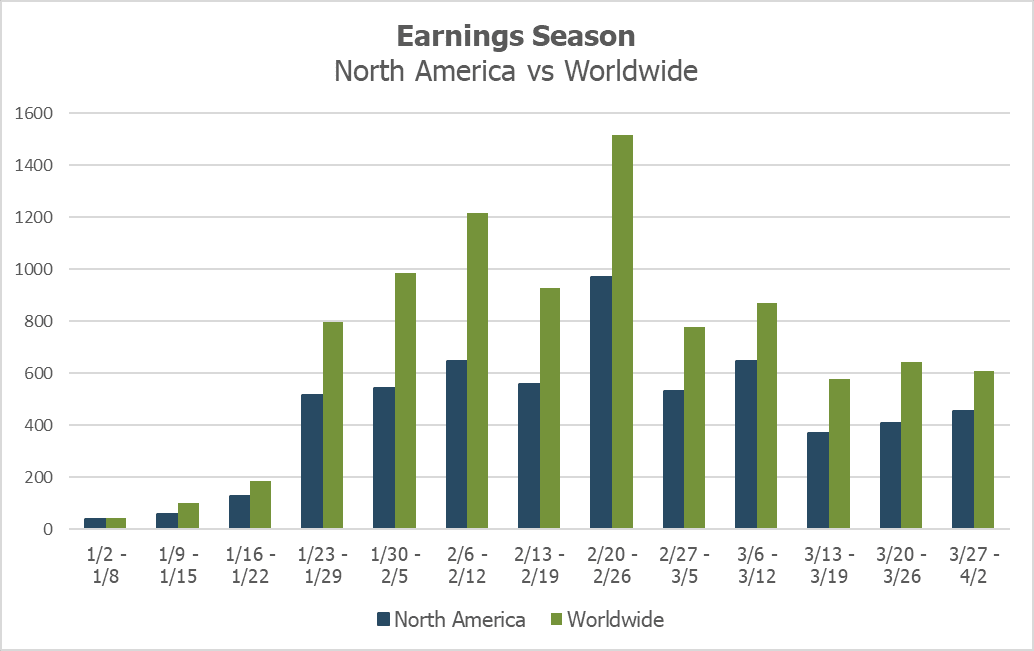