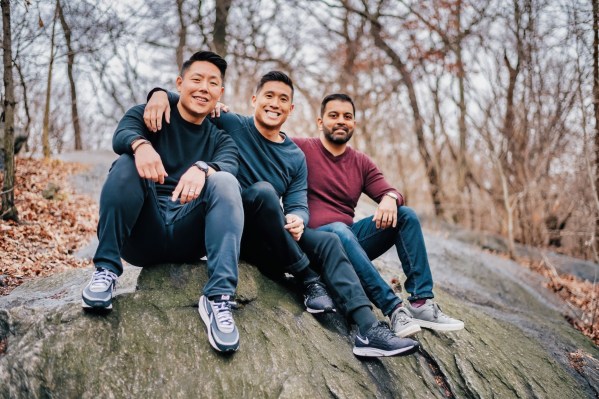 
Six months after its $20 million Series A, payroll connectivity platform Pinwheel just announced that it has nabbed another $50 million in a round led by new investor GGV Capital.

Pinwheel serves neobanks and fintechs like Block, Varo, and Lendly by providing application programming interfaces (APIs) linked to payroll, income, and employment data. Historically, systems for providing such data are inefficient and clunky, a problem Pinwheel’s cofounders recognized when they were working on a startup that helped companies provide pre-tax benefits to their employees.

Kurt Lin, Anish Basu, and Curtis Lee, who met through prior work experiences, ran into a roadblock in implementing their original solution because they found they had difficulty connecting to payroll systems. That’s when they decided to pivot into building an API to solve this problem at a large scale instead, Lin told TechCrunch in an interview.

The company’s APIs allow its customers to access more robust information about individuals’ payroll and employment, in part because they track “non-traditional” sources of income like payments made through gig platforms like Uber or apps like Venmo, Lin said. Its flagship products include direct-deposit switching, income and employment data, and paycheck-linked lending, and the data it aggregates spans nearly 80% of people employed in the United States, according to the company.

Pinwheel’s customers can use this information for a range of applications – from offering earned wage access to employees, which allows them to access money as soon as they’ve earned it rather than waiting for a paycheck to be deposited in their bank account, to enabling paycheck-linked loans, which are considered less risky than traditional unsecured loans that require borrowers to make a voluntary bank transfer to repay the funds.

Despite competition from other players in the somewhat-crowded payroll API space, Pinwheel has demonstrated significant traction in the market and hopes to differentiate itself by building an entire “income layer” of data for its customers that extends beyond just payroll information.

Its platform executes over 4.6 million processes per month, a 400x increase from last year, and the company leads its market in customer conversion rates, the company says. Pinwheel grew its annual recurring revenue by 177x in 2021, according to the company, though Lin declined to share any further detail on its historical or current revenue numbers.

Lin said its success can be attributed to three key factors – commercial traction, an experienced team, and a mission-driven approach focused on “improving financial outcomes for customers who don’t have access to affordable financial products.”

“One of our customers, for example, may be a teacher or a nurse who may be in the same job for five or six years, may have a FICO [credit score] of 550, and thus be declined from any affordable financial product. We can actually show that their income stability is totally there, they’ve been employed for a long time, and they’re actually going to perform much better [in repaying a loan],” Lin said.

Pinwheel has hired a number of its employees from $13.4 billion API company Plaid, known for enabling bank account connectivity for fintechs.

“We’re the only player that has actually been able to not just take one or two [hires from Plaid], but we actually have a number of former employees on our team. Our VP of engineering came from Plaid, our head of commercial came from Plaid, a lot of the core engineers were actually building the platform at Plaid as well. We have all this institutional knowledge of how to do this the right way, which has really allowed us to outperform our competition because of having those folks on the team,” Lin said.

Pinwheel is also the only company providing direct deposit switching and payroll data that is classified as a Consumer Reporting Agency (CRA) in compliance with the Fair Credit Reporting Act, meaning that if consumers are adversely affected by Pinwheel’s data, the company would be legally accountable. While operating as a regulated CRA requires a “herculean amount of work,” it shows that Pinwheel is willing to “stand behind the integrity of [its] data,” Lin said.

Pinwheel plans to use the fresh funds to triple its 70-person employee base, two-thirds of whom are engineers. Although the team will stay engineering-heavy because of the technical nature of its API-focused business, Pinwheel also plans to make some hires to advance its go-to-market strategy, revenue expansion, and marketing presence, Lin said. It eventually plans to expand into areas like tax preparation by helping companies leverage its income data in new ways, Lin said.

Just after Pinwheel first came out of stealth mode in June 2020, the company received over 130 inbound messages from big banks like Wells Fargo and Citi, as well as a number of major fintechs, Lin said.

“It was kind of this lightbulb moment for us because we realized that the platform that we’re building is basically like a growth engine for all of consumer finance,” Lin said. “Whether you are a new digital bank, whether you are a PFM [personal finance management company], whether you are a new tax product, or a bank, or a lender who just needs better data for underwriting, there is something in the building blocks of our platform that actually allows you to build not just what you want to do now, but the future of your roadmap for 5-10 years from now.”

Market Is Rethinking The Outlook