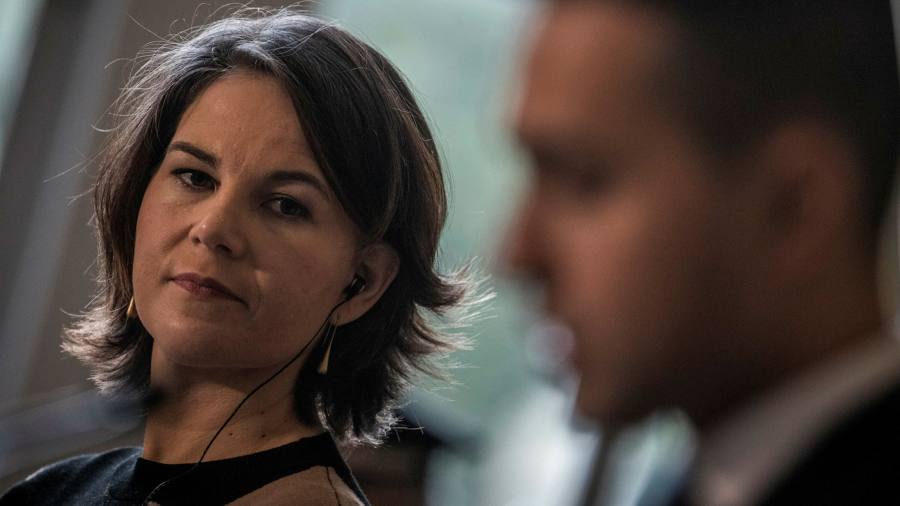 
The writer is Fritz Stern Chair at the Brookings Institution

Annalena Baerbock, Germany’s foreign minister, met her counterpart Sergei Lavrov in Moscow on Tuesday, after a visit to Kyiv the day before. Arguably, a western wind followed her. The US and its European allies held their ground in three rounds of talks with the Russians last week. They were willing to discuss arms control and trust-building measures, they said, but the Kremlin’s key demands were non-starters.

Unfortunately, as western capitals ponder whether and how Vladimir Putin might make good on his threat of “military-technical measures” in response to the united allied stance, Europe finds itself in a perfect storm of its own making. It faces a gas price and supply crisis that makes it vulnerable to political blackmail.

“Energy trilemma” is a term that describes countries’ ability to provide energy in terms of environmental sustainability, social impact and security. Europe has privileged the first two criteria while neglecting the third. Now it is paying the price.

The EU’s “Green Deal” seeks to make Europe carbon-neutral by 2050 and reduce emissions by at least 55 per cent by 2030. These are laudable aims, given the dangers of climate change, and are supported by European public opinion.

For years, European countries have been subsidising renewable fuels and switching from coal or nuclear power to relatively cleaner natural gas. The EU’s Third Energy Package of 2009 liberalised gas markets and broke up the monopoly of Gazprom, the Russian state-controlled gas conglomerate, over the European gas market. EU fiscal transfer mechanisms are intended to help weaker European economies through the transition.

But a sharp rebound in demand from a pandemic slump, shrinking European gas production and a failure to fully replenish gas storage facilities after last year’s harsh winter, as well as massive demand from China, have conspired to produce months of energy market volatility. Gas prices have soared.

Russia, which provides over 40 per cent of EU gas imports, denies restricting supplies to Europe. But Putin taunts the EU for bringing supply volatility on itself. If only German regulators approved the Nord Stream 2 pipeline, Russian gas would again flow abundantly to Europe, Putin suggests. Fatih Birol, the International Energy Agency’s head, said Russia “could increase deliveries by at least one-third” if it chose.

On Friday, gas prices jumped again after the Kremlin’s assertion that the week’s talks had failed to address its grievances. Little imagination is required to envisage the explosive effect on Europe’s energy woes of Russia going to war with Ukraine.

Berlin’s ruling coalition has trilemma problems of its own. It aims to phase out nuclear power by December 2022, and coal by 2030. Environmental protection rules let small interest groups sue against new wind turbines or power lines. Robert Habeck, the Green economy minister, presented an ambitious climate transition programme last week, but looks likely to lose a fight with the EU, which wants to label gas and nuclear power as green investments.

As for energy security, Germany is Gazprom’s main foreign buyer. In 2021, an estimated 50-75 per cent of its gas imports came from Russia. Germany’s gas storage capacity is the largest in the EU, and Gazprom owns many of the underground facilities. Nord Stream 2, once in operation, would consolidate Germany’s energy reliance on Russia and enable the Kremlin to take a crowbar to Europe’s economic cohesion.

Yet Putin’s threats and blackmail are dividing Berlin. Baerbock and Habeck insist the option of permanently suspending the pipeline must be on the table to deter the Kremlin. Several senior Social Democrats publicly disagreed last week. Christine Lambrecht, defence minister, even said Nord Stream 2 ought not to be “dragged into this conflict” — this on the day of a US Senate vote on sanctions against the pipeline which the Biden administration had bent over backwards to deflect.

Amid these frictions one person has the authority to make a potentially decisive intervention. He is Olaf Scholz, the Social Democratic chancellor, whose statements so far on the crisis have run the gamut from highly cautious to ultra-cautious. Meanwhile we shall find out whether Baerbock got the chance in Moscow to meet Russian civil society as planned. Members of Memorial, the forcibly disbanded civil rights group, or Dmitry Muratov, co-founder of the independent newspaper Novaya Gazeta and co-recipient of the 2021 Nobel Peace Prize, could remind Berlin of the meaning of true courage.