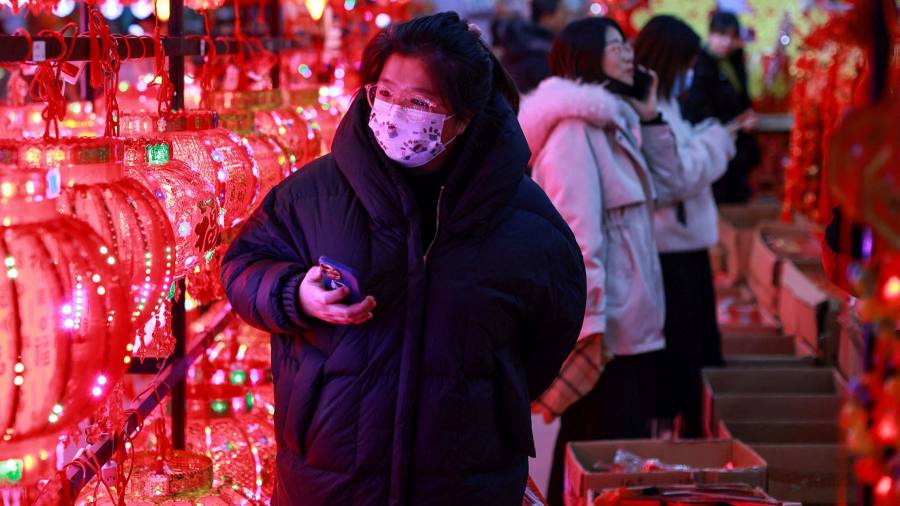 China’s slowing growth will have a global impact


By most international standards, China’s 4 per cent year-on-year growth in the fourth quarter of last year was a pretty solid performance. Yet while it was slightly above most analysts’ predictions, it was the slowest pace of expansion for 18 months — representing a slide from 6.5 per cent growth during the same period of 2020. Overall, gross domestic product grew 8.1 per cent in 2021. Any sustained chill in Chinese expansion will have a global impact: according to IMF numbers, China is the biggest contributor to global GDP and was set to account for more than one-fifth of the total global growth in the five years to 2026.

It is notable that the three main factors exerting a drag on the Chinese economy derive in large part from government policies. A months-long series of crackdowns has targeted industries such as fintech, online education and entertainment as well as perceived societal ills such as celebrity culture, gaming and effeminate fashion trends.

Sluggishness in the property market, which by some estimates contributes close to 30 per cent of GDP, stems from Beijing’s insistence that real estate developers must reduce debt ratios to within “three red lines” announced in 2020. The crisis at Evergrande, the world’s most indebted property company, and several other developers is weighing heavily on real estate activity.

The third impediment to growth is Beijing’s “zero Covid” strategy. Some half a dozen cities are now subject to partial lockdowns as authorities try to trace every person infected with the highly contagious Omicron virus. Goldman Sachs, which cut its projection for Chinese GDP growth this year to 4.3 per cent from 4.8 per cent, cited such Covid-related restrictions as a factor.

So China’s slowdown is, to some extent at least, self-inflicted. But it is hard to see that Beijing will grant itself much latitude to relax policies in these three key areas. Each element of its crackdown, on industries from fintech to online gaming, appears to reflect a strongly-held official conviction.

The rationalisation of the property market is motivated by the correct assessment that debt levels are dangerously high. And doubts over the efficacy of Chinese Covid vaccines go some way toward explaining Beijing’s zero tolerance posture towards Omicron.

Nevertheless, China needs to do something to reinvigorate economic activity to counter what Ning Jingzhe, head of the national bureau of statistics, described as a “domestic economy . . . under the triple pressure of demand contractions, supply shock and weakening expectations”.

In an online speech to the World Economic Forum’s annual meeting on Monday, president Xi Jinping struck a pro-growth tone. He said China’s policy of “common prosperity” was not egalitarianism but an intention to “first make the pie bigger” and then divide it properly through institutional arrangements. The People’s Bank of China also seemed concerned about the flagging growth rate, cutting an important lending rate on Monday for the first time since April 2020.

Further loosening could be pursued in a judicious way; Beijing should reflect that its debt and property problems were created in part by a previous excess of liquidity. Beijing could also step up engagement with Washington to seek an end to the US-China trade war. Lifting tariffs imposed during 2019 and 2020 by both countries would help to curb inflationary pressures in the US, boost trade and set a more positive tone for cross-border investments that have slumped in the past three years. This might not be enough to boost China’s GDP growth. But it would be a step in the right direction.