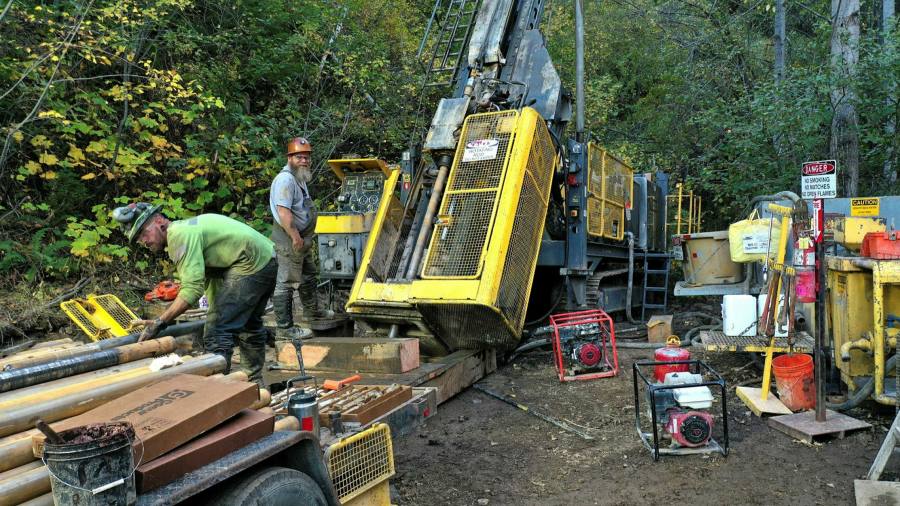 
For nearly 100 years Bunker Hill was one of the most prolific mines in North America — producing more than 165m ounces of silver and 5m tonnes of base metals — and a source of tremendous wealth.

Now a former UK special forces commander is set to give the historic site in northern Idaho a new lease of life as part of a wider plan to build a consolidation vehicle for unloved mining assets.

“Instead it needs lots of smaller, more agile mid caps who are able to do what we are proposing to do, which is develop and operate a large portfolio of smaller, lower-footprint, precise and more sustainable mines.”

Over the next decade analysts estimate tens of billions of dollars will have to be ploughed into new mining projects to counter grade decline and provide the metals needed to hit the goals of Paris agreement on climate change.

While big diversified miners such as BHP and Rio will able to meet some of that demand, a chunk of the supply growth will have to come from small and medium-sized companies able to develop projects that would not move the needle for the majors.

The US has a rich endowment of mineral resources with enough reserves of metals to build millions of electric vehicles and reduce its dependence on China, which is the dominant force in the world’s clean energy supply chain.

However, opposition to mining from environmentalists, regulators and indigenous groups is making it increasingly difficult to get projects permitted and financed especially on federal land.

Resolution, Rio’s giant copper project in Arizona, is in regulatory limbo, while the US Forest Service has proposed a 20-year ban on mining in Minnesota’s Boundary Waters region, a step that would block Antofagasta PLC’s Twin Metals copper and nickel project

“Hard rock mining in the US is a shadow of its former self but it is trying to reconstitute itself in light of demand for metals and minerals,” said Frank Fannon, who served as the inaugural assistant secretary of state for energy resources.

“They are starting to look at historic mining districts and applying new technology and methods that have evolved in the past two decades.”

Before joining the company he spent a year scouring the world for distressed mining assets with Sam Ash, who had worked for Williams on several projects at Barrick, including the Lumwana copper mine in Zambia.

The brief was to pin down assets with a significant mineral endowment but challenged by financing, pollution or regulatory issues. This led to Bunker Hill, which sits on private land and has no permitting constraints but an appalling environmental record.

The Silver Valley in the Coeur d’Alene Mountains of northern Idaho was one of the most prolific silver regions in the world, yielding more than 1.2bn ounces of the metal since mining started in the 1880s.

Bunker Hill was the jewel in its crown, accounting for 15 per cent of production until the mine closed and was put up for sale in 1981 because of low commodity prices and the cost of complying with new environmental regulations.

Bunker Hill was found to have caused the worst US community lead exposure in the 1970s and after mining stopped it was declared a Superfund site, a location requiring special oversight by US Environment Protection Agency owing to previous contamination.

Under a project financing deal struck just before Christmas, the company raised $50m through the sale of future metal production with Sprott Resource Streaming and Royalty, a provider of alternative capital to the mining industry.

At the same time, the company secured the right to operate the mine without incurring liability for prior clean-up costs by agreeing to pay the EPA a total of $19m in annual instalments.

Sébastien de Montessus, chief executive of Endeavour Mining, the biggest gold producer in West Africa, said there was value to be created in the Silver Valley.

“There is probably some consolidation required in the Valley. A lot of the big, old deposits in that area were closed down for the environmental issues that Richard’s team are solving,” said de Montessus, who owns Bunker shares in a personal capacity. “It is quite an interesting venture.”

Williams’ plan is to restart production in the first half of next year by focusing on the dewatered upper areas of the mine and use the cash generated to fund exploration of deeper lying silver.

Based on geological data collected over the last century, Williams reckons there is significant untapped silver at Bunker Hill, which plans to store all its waste material underground and sell its ore to smelters in North America or overseas.

“There is a shedload of metal in the ground that is both high-margin and very useful to the global energy transition; and when you have got something like that it is can be a valuable cornerstone asset for a new company in today’s market,” said Williams.

He added: “This can be the perfect platform to consolidate other assets in North America, creating a new mid-cap company that sustainably supplies a lot of vital metals to a hungry market.”

Ultimately Williams wants to build a portfolio of similar operations through North America with a mix of 50 per cent battery metals and 50 per cent silver, which is essential in both the production of electric vehicles and solar panels as well as being a store of value for investors.

“We have looked across the whole of North America and can see a rich seam of potential deals and other turnround projects,” he said. “I would be very surprised if in the relatively short term, which is 12 months, we have not bolted on another project.”

Williams reckons the environmental regulations that followed the creation of the EPA in the 1970s resulted in the closure of many mines that could be restarted with modern approaches to mining and help the US meet rising demand for electrification metals.

“Our ambition is not just to get this high value mine back into operation and develop its organic potential but to roll in other assets be they closed, undercapitalised or distressed,” he said.