1 Stock To Buy, 1 To Dump When Markets Open: Caterpillar, Snap


Stocks on Wall Street ended mixed on Friday, following a downtrend for the week. The major averages notched a second straight losing week to start the year, as elevated Treasury yields continued to weigh on shares of many top-rated technology companies.

Regardless of which direction the market goes, below we highlight one stock likely to be in demand in the coming days and another which could see fresh losses.

Remember though, our timeframe is just for the week ahead.

Caterpillar (NYSE:)—which saw its shares jump to a six-month peak on Friday—could see further gains in the week ahead as investors continue to pile into value names that are sensitive to the improving economic outlook.

The industrial giant, which is one of the world’s leading manufacturers of construction, mining, and energy equipment, is up more than 10% so far in January thanks to optimism about the global economy, which in turn has fueled a broad rally in a wide range of commodities.

The company reported solid results amid booming construction activity and a rebound in demand for raw materials. It is scheduled to post its latest earnings before the U.S. market open on Friday, Jan. 28.

Consensus estimates call for the company, which has beaten Wall Street’s EPS estimates for six straight quarters, to report earnings of $2.27 per share for its fourth quarter, improving 7.1% from EPS of $2.12 in the year-ago period.

Revenue, meanwhile, is expected to jump 17.2% year-over-year to $13.1 billion, benefitting from higher sales volume driven by surging end-user demand amid the fading impact of COVID-related uncertainty.

Beyond the top-and-bottom line figures, investors are hoping Caterpillar’s management will boost its guidance for the months ahead, given the promising outlook for construction and mining machinery sales in the current environment. 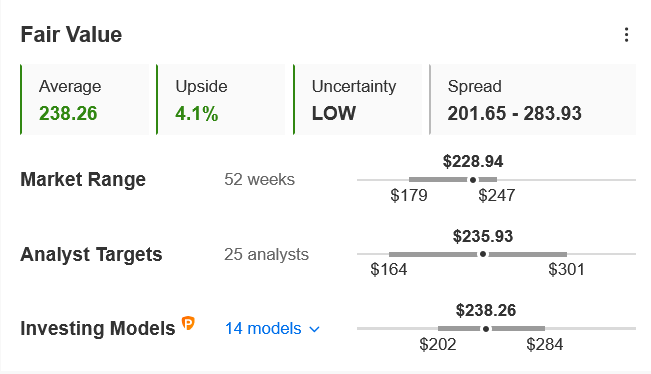 Not surprisingly, CAT stock is undervalued at the moment according to InvestingPro models and could see a roughly 4% gain to its fair value of $238.26 a share.

Snap (NYSE:), which has seen its shares steadily collapse to fresh lows in recent sessions, is forecast to suffer another dismal week amid the negative impact of several factors plaguing the parent company of social media messaging app Snapchat.

The Santa Monica, California-based tech firm has fallen nearly 19% so far this month, an awful start to the year following its 6% decline in 2021.

With the Federal Reserve turning increasingly hawkish and Treasury yields rising rapidly, unprofitable technology companies with sky-high valuations such as Snap may continue to struggle.

Overall, higher yields and expectations of tighter Fed policy tend to weigh heavily on high-growth tech companies with lofty valuations, as it makes their future cash flows less valuable and hinders their ability to fund their growth.

The social media company badly missed expectations in the last quarter after its advertising business was disrupted by privacy changes in Apple’s iOS. It next reports financial results after the market closes on Thursday, Feb. 3 with consensus calling for a loss of $0.09 per share for the fourth quarter, widening from a loss per share of $0.08 in the year-ago period. Revenue is forecast to rise 31.7% from the same quarter a year earlier to $1.20 billion. 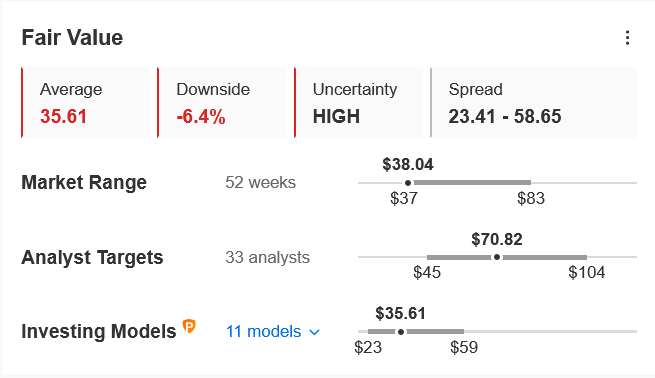 Indeed, InvestingPro models predict a drop of 6.4% in SNAP stock, bringing shares closer to their fair value of $35.61.

What Biden’s competition crusade tells us about globalisation