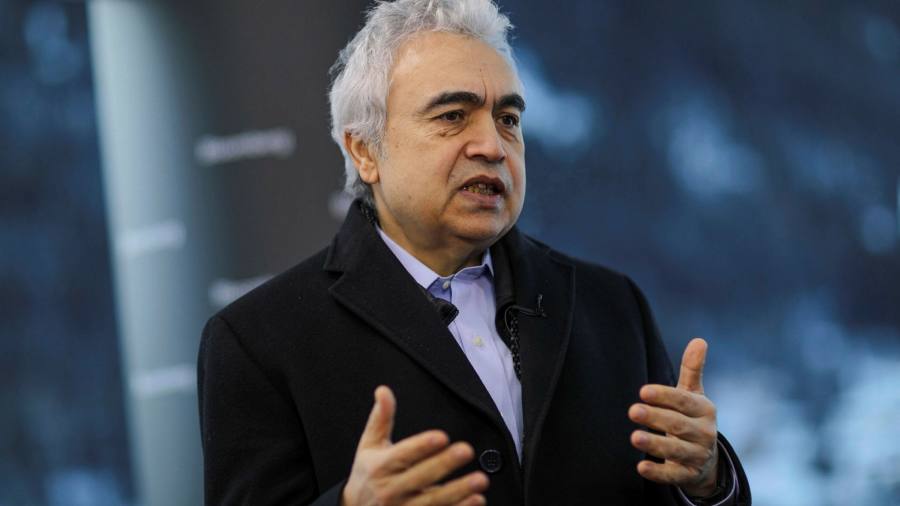 
The head of the International Energy Agency has accused Russia of throttling gas supplies to Europe at a time of “heightened geopolitical tensions”, implying that Moscow has manufactured an energy crisis for political ends.

Fatih Birol said on Wednesday that the IEA believed Russia was holding back at least one-third of the gas it could send to Europe, while depleting Russian-controlled storage facilities on the continent to bolster the impression of tight supplies.

“We believe there are strong elements of tightness in the European gas market due to Russia’s behaviour,” Birol said. “I would note that today’s low Russian gas flows to Europe coincide with heightened geopolitical tensions over Ukraine.”

Birol added: “Russia could increase deliveries to Europe by at least one-third — this is the key message.”

The comments from Birol are his most pointed yet on Russia’s role in the energy crisis. They come as households in Europe expect steep increases in energy bills after wholesale gas and electricity prices hit record levels.

Russia has stationed about 100,000 troops close to the Ukrainian border, leading the US and its allies to warn of tough sanctions on Moscow if President Vladimir Putin invades Ukraine.

Moscow is holding talks with Nato and the US this week over European security.

Russia has insisted that it has fulfilled its long-term gas supply contracts to Europe, but has been accused by policymakers and analysts of holding back supplies by restricting spot sales. Birol said Russian gas exports to Europe were down by 25 per cent year on year in the last three months of 2021.

Gazprom, Russia’s state-backed gas company, wants to win approval for the start up of the Nord Stream 2 pipeline to Germany, which has been built as an alternative to transit routes through Ukraine.

The US has long been concerned that Russia will use the pipeline as a way to put pressure on Kyiv.

US officials warned Moscow that it would pay a heavy cost economically, including on energy, if it invaded Ukraine.

“If Putin weaponises energy supply, he’s very likely to stiffen the resolve of Europe to find more reliable supplies from elsewhere. And that would further degrade Russia’s growth potential and its ability to exert influence.”

The White House on Wednesday backed legislation introduced by senior Democrats in the US Senate to impose hefty economic, financial and trade sanctions on Russia in the event of an invasion of Ukraine, including targeting Russian banks, financial transactions, sovereign debt and the oil and gas sector, as well as the Nord Stream 2 pipeline.

“There’s no trace of Ukraine in this,” Peskov said. “Russia is strictly fulfilling its obligations. Russia is ready to supply as much gas as people are willing to buy, but no more,” he told the Financial Times.

The IEA, which is funded by the OECD, was formed to bolster energy security after the Arab oil embargoes of the 1970s. Birol said European countries, including the UK, needed to prepare for future crises by securing additional gas storage to help loosen any country’s influence over the market at times of stress.

He singled out Gazprom’s role in reducing the volume of stored gas in the EU.

“The current storage deficit in the EU is largely due to Gazprom,” Birol said, pointing out storage is at about 50 per cent of capacity compared with 70 per cent normally in January.

“The low levels of storage in the company’s EU-based facilities account for half of the EU deficit even though Gazprom storage only accounts for 10 per cent of the EU’s total storage capacity,” he added.

Experts Warn Extremism Could Be on the Rise in 2022

‘Grotesque greed’ — but are energy windfall taxes the answer?