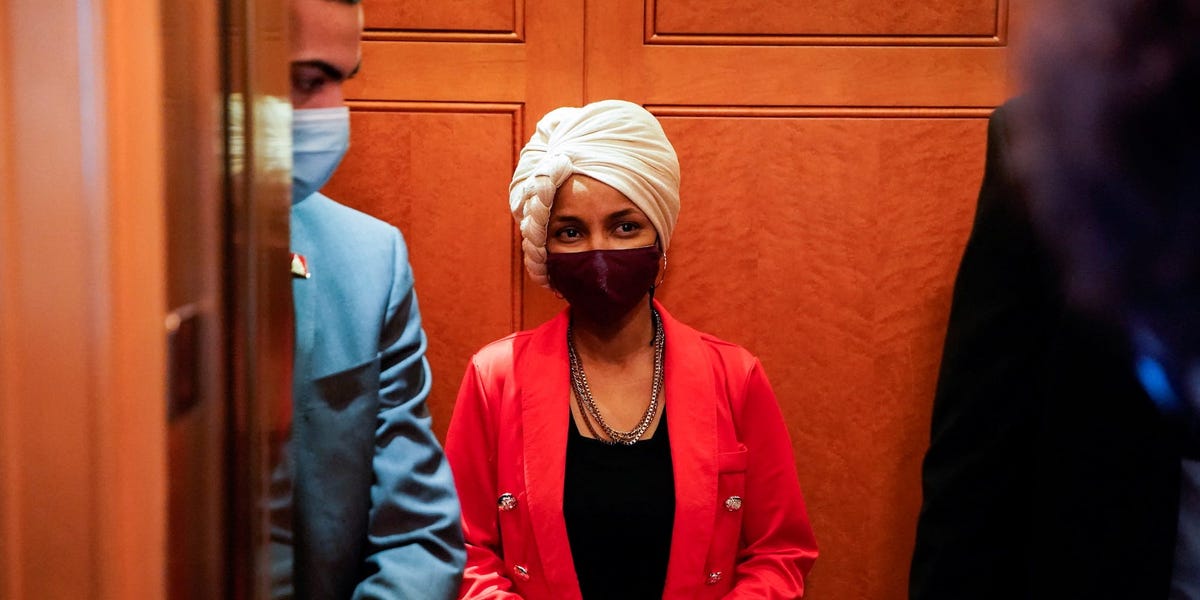 
The Federal Election Commission has unanimously rejected a complaint accusing Democratic Rep. Ilhan Omar of Minnesota of improperly using campaign funds to facilitate an alleged affair, according to documents just made public.

The complaint, filed in 2019 by the conservative watchdog National Legal and Policy Center, alleged that Omar had facilitated an affair with Democratic campaign consultant Tim Mynett via a series of payments to his consulting firm that year, pointing to a divorce filing from Mynett’s ex-wife that stated that his travel was “more related to his affair with Rep. Omar than his actual work commitments.”

“If Ilhan for Congress reimbursed Mynett’s LLC for travel so that Rep. Omar would have the benefit of Mynett’s romantic companionship, the expenditures must be considered personal in nature,” said the complaint. It is generally illegal for candidates to use campaign funds for personal purposes. Omar married Mynett in March 2020.

But in rejecting the group’s complaint, the commission’s analysis found that the group’s claims of personal use of campaign funds by Omar were only “speculative.”

“The Complaint does not identify any particular travel that it has reason to believe was improper and instead relies on Ms. Mynett’s belief that Mr. Mynett’s alleged relationship with Omar was the reason for his travel in support of its personal use allegations,” read the analysis.

The commission’s legal counsel did find that Omar had improperly reported some transactions, and said it would work with her campaign to amend those filings. On December 2, the body voted 6-0 to dismiss the complaint entirely.

In their response to the complaint, Omar’s designated lawyers said the complaint was “filed purely for political purposes – to create an additional press story against Congresswoman Omar” and contained “salacious claims” about her personal life.

“This Complaint was in no way filed in good faith, and appears to be nothing more than a veiled attempt to harass the Congresswoman at the expense of the Commission’s limited resources,” wrote lawyers Neil Reiff and David Mitrani in their response.

The response also included a signed affidavit from Mynett’s business partner, Will Hailer, which stated under penalty of perjury that payments to their consulting firm “were not made for expenses incurred for non-campaign purposes.”

Since first being elected to Congress in 2018, Rep. Omar has been the subject of frequent baseless rumors and claims, including unproven claims that she married her own brother. And she’s also faced Islamophobic remarks from House colleagues, with far-right Rep. Lauren Boebert of Colorado insinuating that she was a suicide bomber at a campaign event in November.

House progressives called for Boebert to be stripped of her committee assignments over the incident, but that effort appears to have fizzled out.