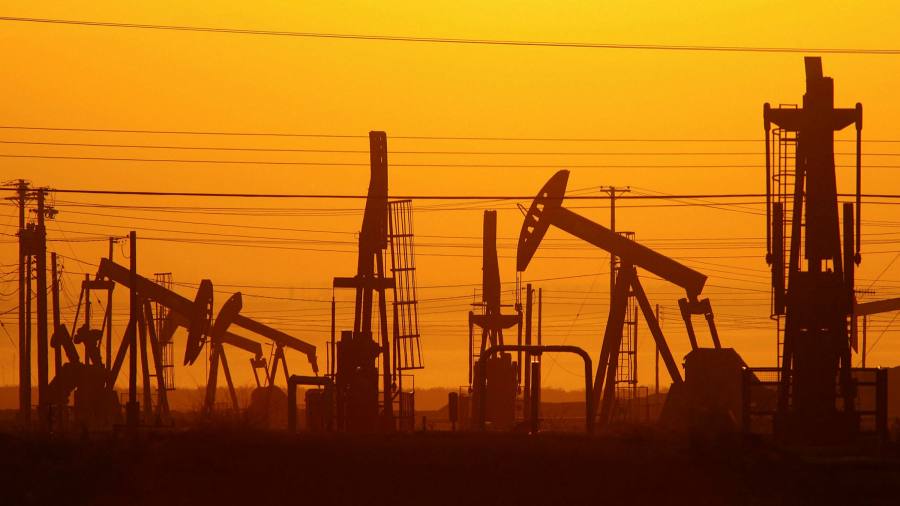 
One thing to start:

Last year was a banner year for oil and gas stocks. But can the sector ever truly win back Wall Street? That is the subject of our first note.

Our second takes a look at the state of employment in America’s oil patch, where job numbers are continuing to climb.

Data Drill breaks down which states will receive the most federal funding to help poorer Americans pay their energy bills this winter.

Can investors learn to stop worrying and love shale again?

The shares of America’s shale oil and gas producers soared last year thanks to a healthy tailwind from energy prices. The XOP, an index of producers, ended the year up 62 per cent, slightly ahead of the 58 per cent gain for US crude oil prices, putting the sector among the market’s biggest winners in 2021.

But shale executives would be wrong to declare victory in their fight to win back Wall Street. By many measures, the market still takes a dim view of America’s oil and gas producers.

While the XOP index surged last year, its value remains far lower than it has been in past years at similar, and even lower, oil and gas prices. It reflects persistent doubts about the industry’s financial future.

In early January 2018, for instance, US oil prices were trading at around $60 a barrel — about 25 per cent lower than today. Yet the XOP was trading about 50 per cent higher than where it is today. That disconnect is even wider in earlier years, when shale producers were being rewarded for their rapid growth, even if it did not come with reliable profits.

A report out yesterday from John Freeman, an analyst at financial services firm Raymond James, further drives home the industry’s problem with investors.

Freeman points out that even after a banner 2021 rally, US oil and gas producers are still trading at valuations far lower than the rest of the market. The metric used here is a mouthful: the enterprise value to earnings before interest, depreciation, and amortisation ratio, or EV/ebitda ratio. But it’s a handy way of looking at how investors view the prospects for a company and wider sector, with a higher ratio generally pointing to more optimism around the sector.

As can be seen below, US oil and gas producers are trading at the lowest EV/ebitda ratio of any sector — and it is not particularly close. The valuation is about a fifth of the high-flying tech sector and a third of the market average. Freeman also points out that this is the lowest valuation in a decade for the sector.

That is, as Freeman points out, “despite transforming to an investor-oriented, return-focused business model.” US oil and gas producers have ditched their growth-first business model, cutting back on investment in new wells and introducing new dividend and share buyback schemes.

For oil and gas share price bulls, this huge discount in the market is seen as an opportunity: if valuations move back towards the sector’s historic levels, or market averages, it could give the sector’s shares a fresh boost even without another major surge in oil and gas prices.

They argue that as spending remains restrained and commodity prices elevated this year, cash flow available to hand back to shareholders will surge and draw investors back. “In a world where cash is supposedly king, eventually something has to give,” says Freeman.

One big question is how much value the oil and gas sector can recapture in a greening investment landscape? Large investors are increasingly focused on emissions and climate change risk, and shale producers still have plenty of work to do in cleaning up their operations. (Justin Jacobs)

Jobs in America’s oil patch are continuing their march higher — yet they remain well off their pre-pandemic highs as companies resist the temptation to return to all-out growth.

There were around 7,500 oilfield services jobs added in December — a 1.1 per cent increase on the previous month — according to figures released yesterday by the Energy Workforce and Technology Council, which crunched recent data from the Bureau of Labor Statistics.

The December hiring push extended a trend that saw a steady rise in jobs throughout 2021, leaving total employment just shy of 660,000 by the end of the year — the highest since the pandemic upended the industry in early 2020.

In Texas, which accounts for nearly half of the employment in the sector, Governor Greg Abbott was quick to politicise the jobs bump — warning that Beto O’Rourke, his Democratic challenger in next year’s gubernatorial race, would undo the rise.

The oil-field services sector adds thousands of jobs in December.

Still, even as oil consumption and prices recover in the wake of the crash, the new discipline being imposed on big public companies by a cautious Wall Street has prevented a return to the rampant growth of the past decade — and the employment boom that came with that.

The climb in jobs mirrors a steady build in the US rig count which also remains well off its pre-pandemic levels (and well off the glory days of the beginning of the last decade) as companies look to return cash to shareholders rather than pursuing a growth-at-all-costs model.

But as the year progresses, higher prices will test that newfound discipline. Three-quarters of operators and service providers plan to jack up capital spending this year, a recent survey by the Dallas Federal Reserve showed, with a third planning significant increases. And Bank of America said this week it expects companies to spend 35 per cent more this year on new wells than they did last year.

That might worry investors calling for continued restraint, but for those on the hunt for jobs in the sector, it will be welcome news.

“The sector has recovered more than half of the jobs lost to the pandemic,” said Beyer. “And we expect continued growth in 2022.” (Myles McCormick)

As Americans feel the pinch from elevated energy prices this winter, the Biden administration remains under intense political pressure to lessen the burden.

The White House last week laid out plans to distribute the biggest ever sum in the four-decade history of the Low Income Home Energy Assistance Program, which had its funding doubled by last year’s $1.9tn stimulus bill.

Allotments will vary by state, with colder states like New York, Massachusetts, and Michigan receiving a larger proportion of funds.

The US Energy Information Administration expects natural gas bills to be up 30 per cent this winter as supply constraints and rising demand send prices higher. Last week, power and natural gas prices in the US north-east jumped to their highest levels in four years as households grappled with the season’s first big snowstorm.

While all Americans are paying higher prices, they don’t equally bear the brunt.

According to the US Census’ Household Pulse Survey in December, Black Americans, families with children, and families earning below $25,000 were more likely to report being unable to pay their energy bill at least once during the past year. (Amanda Chu)

Amazon Worker Quit After Being Ranked Among ‘Least Effective’ in Team