On a weekly timeframe, Tesla (NASDAQ:) is in a bullish trend. 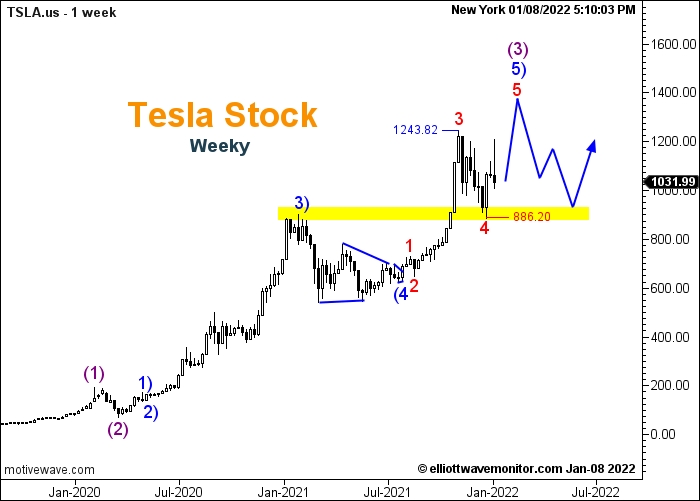 From the weekly chart we see that Tesla Stock is in a bullish trend, currently we are in wave 5 of the third major wave.

As we can see from the chart, wave 3 is extended and wave 4 is ended.

According to our analysis: wave 4 is ended and we are now in wave 5 of third major wave 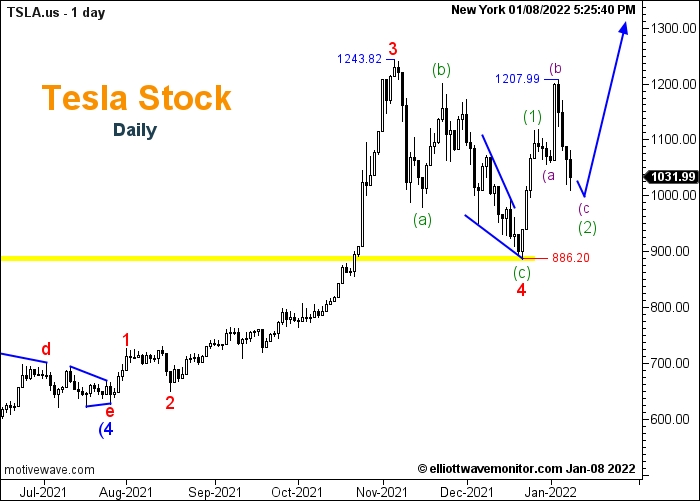 In the daily timeframe, we can see that we have a zigzag wave A-B-C and the correction ended at 886.

We see that wave 2 of wave 5 of the third major wave is about to end.

If the option of wave 5 failed, then we are in front of a triangle that will move sideways for a short time