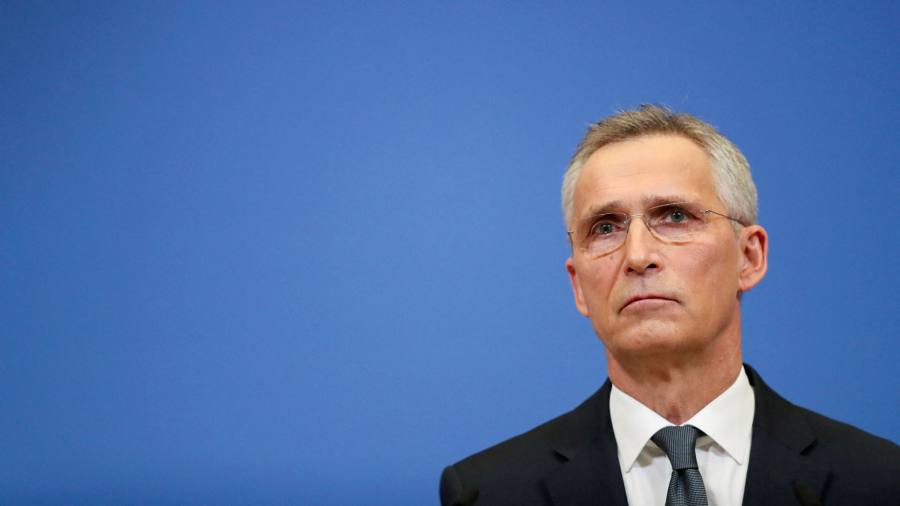 Nato has warned Moscow to abandon its belligerent foreign policy and co-operate with the west or face a military alliance steeled for conflict on the eve of a week of intense diplomacy aimed at averting a Russian assault on Ukraine.

Jens Stoltenberg, Nato secretary-general, said the US-led defence pact was prepared for “armed conflict in Europe” should negotiations fail, as officials readied for discussions with Moscow on reducing the size of military exercises, arms control and a pledge not to deploy US missiles in Ukraine.

Russia has deployed about 100,000 troops close to its border with Ukraine in recent months, sparking fears that it plans a fresh attack on a country it invaded in 2014, with the annexation of Crimea.

Vladimir Putin has threatened military action if the US and Nato ignore Moscow’s demands for defence agreements that would severely reduce US and Nato capabilities in Europe.

What do you think of Nato’s warnings to Russia? Share your thoughts with us at firstft@ft.com. Thanks for reading FirstFT Europe/Africa — Jennifer

1. UK financial regulators scrutinise cloud computing The Prudential Regulation Authority is exploring ways to access more data from cloud services providers Amazon, Microsoft and Google as fears grow that an outage or hack could severely disrupt a banking system that is increasingly reliant on them.

2. Kazakhstan security crackdown Authorities in Kazakhstan said 164 people were killed and almost 6,000 detained, warning that operations against protesters who have been labelled “terrorists” would continue with the help of Russian-led forces. The country’s former intelligence chief has been arrested on suspicion of treason, suggesting a political power struggle amid the unrest.

3. UK companies optimistic about 2022 outlook British corporate leaders plan to expand operations and increase investment in the coming year, according to three surveys published today, although bosses expressed concern about labour shortages and the impact of the Omicron variant.

4. US rate rise forecast for March despite weak jobs growth The Federal Reserve is on track to raise interest rates as early as March, economists said, as strong wage growth and falling unemployment shift focus from monthly job creation. Figures released on Friday showed a sharp slowdown in the number of new jobs in December.

5. N26 was wrong on global expansion and crypto: co-founder Max Tayenthal admitted that the €7.8bn German online bank rushed to be global too quickly and missed out on the cryptocurrency boom, as it battles to justify its status as one of Europe’s most highly valued fintechs.

Novak Djokovic court hearing A court will decide whether to proceed with the deportation of the tennis champion over his Covid-19 vaccination exemption before the Australian Open starts next week.

EU unemployment The November figure is forecast to have fallen below pre-pandemic levels; however, a rise in wages does not seem likely. (WSJ)

Covid restrictions Fully vaccinated people will no longer have to self-isolate if they come into close contact with someone infected in Belgium. France’s senate will examine a bill that promises to ban the unvaccinated from certain premises. Joe Biden’s vaccine mandate for big companies is due to come into force.

The EU vs the City of London As the UK marks the anniversary of its divorce from the single market, bankers and officials confirm a broader picture: rather than a big-bang shift of financial businesses to the EU, the City is enduring a slow puncture that could take decades to play out.

Is there an end to supply chain disruption? The chief executive of DSV, one of the world’s largest logistics groups, describes the situation as “the worst I’ve seen” in more than three decades as the company is squeezed between frustrated shipping lines and angry customers. Delays are expected to continue in 2022.

Why a 0.007% yield could be dangerous If you want a barometer of storminess in financial sector sentiment, you could look to one of the most prosaic funding mechanisms for the global economy: a centuries-old trade finance product called banker’s acceptance. But its use in China shows that it is not risk-free in practice, writes Patrick Jenkins.

Apple at $3tn: the enigma of Tim Cook Two years after the death of Steve Jobs, Oracle chief executive Larry Ellison claimed it was inevitable Apple would struggle under Tim Cook — you only had to look, he said, at what happened to the company after Jobs was ousted in 1985. Few predictions have ever been so wrong.

How super readers get through 52 books a year How do they do it? Where do they find the time? What do they give up? The expert advice is to get up early, treat bad literature ruthlessly and skim, skim, skim.

Something quite delicious is to be found in sweeping Christmas away. Winter, however, is not going anywhere, and weeks of cold, dark days lie ahead. Don’t let this depress you. Luke Edward Hall details how to bring winter cheer into your home.

Britain after Brexit — Your weekly update as the UK economy adjusts to life outside the EU. Sign up here

Speculative Mania: Was 2021 The Peak?