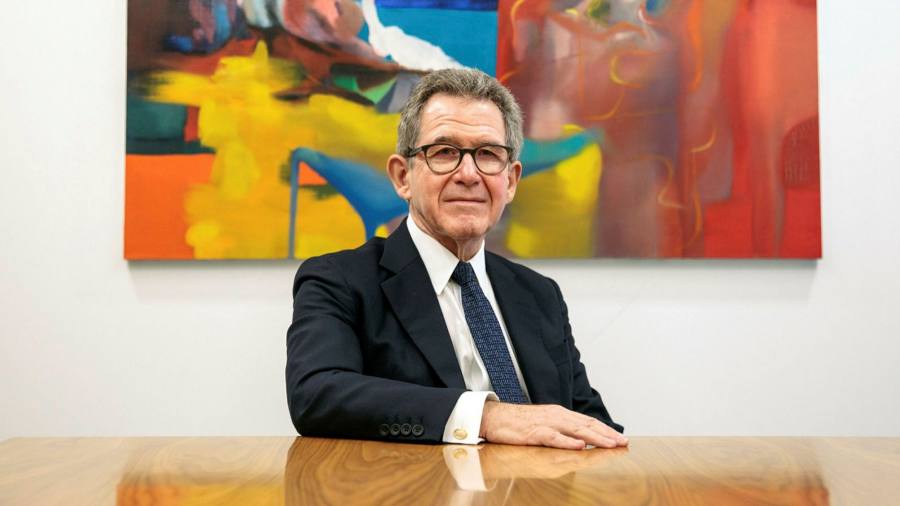 
There is virtue, as every journalist knows, in making predictions or proclamations that have a good chance of coming true at some point, even if they won’t right now. See the calls, at least in Europe, for big oil and gas companies to break themselves up.

The latest to add his voice to the cacophony for division is Lord Browne of Madingley, aka John Browne, the former chief executive of BP. The industry, he wrote in Time magazine, needs to be “bolder in separating low-and zero-carbon activity from their fossil fuels business”.

He joins activist Third Point that last year took aim at Royal Dutch Shell in arguing that big oil and gas companies are trying to achieve the impossible, by investing in high growth renewables businesses that should be well valued in the market while keeping the unloved hydrocarbons ticking over, declining but churning out cash.

Browne’s intervention is notable: he was the “architect of consolidation in the 1990s”, says Alastair Syme at Citi, an era when big names and big balance sheets were needed to secure the world’s most promising resources. The sector isn’t elephant hunting any more, notes Syme: renewables projects, even the biggest ones, are tiny in comparison. Focus may be becoming more important than scale.

Both Shell and BP try to make the case, with debatable success, that integration is intrinsically valuable in the energy transition: the ability to work with customers and to connect generation, with carbon capture or hydrogen infrastructure, and supply and charging. But it is fossil fuels’ role as a “cash machine”, as BP’s Bernand Looney put it, that seems to get greater traction as an argument.

One source of pressure on oil and gas majors has lifted: the cash balancing act between maintenance spending on legacy assets, green investment and returns to shareholders now looks feasible thanks to lower post-pandemic dividends and higher oil prices, notes Martijn Rats at Morgan Stanley.

But companies are using the cash thrown off by legacy assets to try to build out a “green” portfolio, one that is likely to be absorbing rather than producing cash for many years to come.

This is a “not now” answer to calls to split — one given extra credibility by uncertainty over what a standalone GreenCo at Shell or BP might actually look like. European peers such as Total or Equinor have more that could be carved out at present.

To be fair, it also isn’t obvious that the immediate valuation uplift supposedly on offer from a split will make it from the bankers’ anti-conglomerate pitchbook to the market. Syme reckons big oil and gas companies are valued in line with the returns they are offering.

Italy’s Eni, which is listing a stake in renewables business Plenitude, looks like a test case. But the spin-off has some retail assets included to bolster cash flows, so it isn’t for the purists. It also isn’t obviously planning markedly higher investment into renewables than had been promised in its old conglomerated home, so it’s not clear to what extent this accelerates the energy transition.

The more convincing case made by the splitters is that big oil and gas companies are fundamentally trying to bind together two competing constituencies in a way that is inefficient, won’t survive the duration of transition and won’t produce good performance in the meantime.

Companies could and should put more money into renewables and green infrastructure, especially as older fossil fuel assets are sold: a slow swivel from the old world to the new. But that’s something that yield-hungry oil investors, wary of the returns on offer from renewables and burnt by over-investment and poor returns in the past, won’t currently tolerate.

And it’s a strategy where the tipping point into official greenery looks far removed: BP’s ambitious plans to have 50 gigawatts of developed renewables capacity by 2030 caused investors to gulp but still leaves it as a majority oil and gas company in cash flow terms at that point.

No one wins the argument this year. But the oil and gas companies face a challenge. Make a far more robust case for integration. Or see another force join the allied ranks of investor activists, executive alumni and climate agitators who dislike the combination of fossil fuels and new energy assets: an absence of better ideas.

NYC to Allow 800,000 Non-Citizens to Vote in Local Elections

There Is A Skip In The Current Market Song