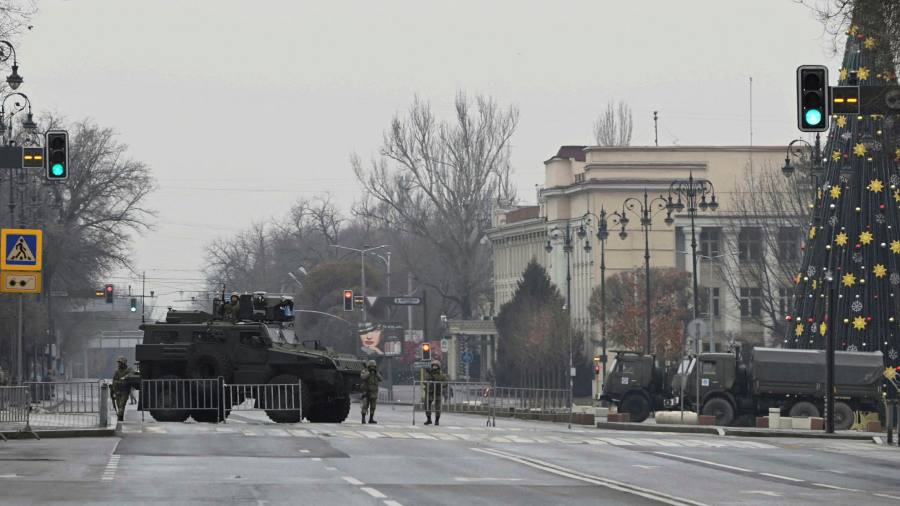 
Uranium prices have jumped this week as violent protests in Kazakhstan stoke concerns about security of supply for the radioactive material used to fuel nuclear reactors.

The metal was resurgent last year, rising by more than 30 per cent as investors bet nuclear energy will be a key part of the move away from fossil fuels and the electrification of the global economy.

The price has gained more than 8 per cent this week and to $45.65 a pound, according to an assessment from UxC, a nuclear fuel market research and analysis firm, after Russian forces arrived in Kazakhstan to help push back on protests that have led to dozens being killed in clashes with police.

Kazakhstan is the world’s biggest producer of uranium, also known as yellowcake, supplying about 40 per cent of global demand for the material through mines operated by state-controlled Kazatomprom. The country’s dominant position in uranium is akin to that of the Opec+ group in crude oil.

Although Kazatomprom continues to operate normally, Katie Lachapelle, analyst at Canaccord Genuity, said the troubles in the resource-rich central Asian country were a “reminder of how concentrated uranium supply is and how important security of supply is”.

“We expect utilities to be on high alert as the situation evolves,” she said.

Utility companies at present consume about 180m pounds of uranium every year, mainly through long-term supply agreements with miners. However, only 125m pounds of uranium are actually being mined in part because of a lack of investment in new deposits. This means stockpiles and secondary supplies such as military warheads are being used to fill the gap.

Toktar Turbay, of consultants CRU Group, said Kazakhstan’s uranium mines were located in the remote Turkestan region, which had been largely unaffected by the protests.

However, he said there could be some logistical hurdles delivering uranium to China, which purchases half of the country’s output, because the major export route passes through the Almaty region, where there have been major clashes.

“It is just likely to create minor discomfort rather than anything else. In the last decade, China has accumulated vast uranium inventories that can cover 11-12 years of uranium demand needs,” said Turbay.

Nonetheless, traders said the market was likely to remain on edge given Russia’s potential involvement in helping to restore order in Kazakhstan. Already this winter, Moscow has been accused by some European politicians of stoking the energy crisis in the region by withholding gas supplies.

Lachapelle said uranium supply out of Kazakhstan was already expected to be under pressure in 2022, with Kazatomprom, having previously flagged supply chain issues related to the pandemic.

Kazatomprom’s London-listed shares have fallen 12 per cent since the protests flared in the country’s largest city, Almaty, as investors switched to Canadian producers such as Cameco. 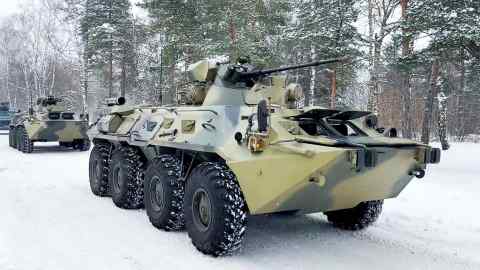 The latest pick up in uranium prices has coincided with the world’s biggest physical uranium fund returning to the market for the first time since December and buying up 400,000 pounds on Wednesday.

Since its launch last summer, the physical uranium trust run by Sprott Asset Management has purchased almost 23.5m pounds of uranium and is now sitting on a stockpile worth almost $1.9bn. Its purchases have helped lift prices and fuelled concerns it could corner the thinly traded uranium market.

Over the past year, uranium has been become part of the discussion around the electrification of the global economy, with nuclear energy seen as a reliable source of low carbon power.

Earlier this month, a leaked document showed that the EU wants to recognise nuclear power as a “green activity” in its new classification scheme, designed to help investors decide what counts as sustainable investment.

If approved, the move could pave the way for investment in new nuclear power plants, which do not emit greenhouse gases but do produce toxic waste that requires safe disposal.

In a statement published late on Friday, Kazatomprom said that while it mines continued to operate normally to interruptions and a partial suspension of railway services in some regions of the country, “there continues to be a high risk of supply chain disruptions that could result in limited access to key operating materials.”

The Shipping Industry Might Not Repeat 2021, But Risk/Reward Looks Good (Video)