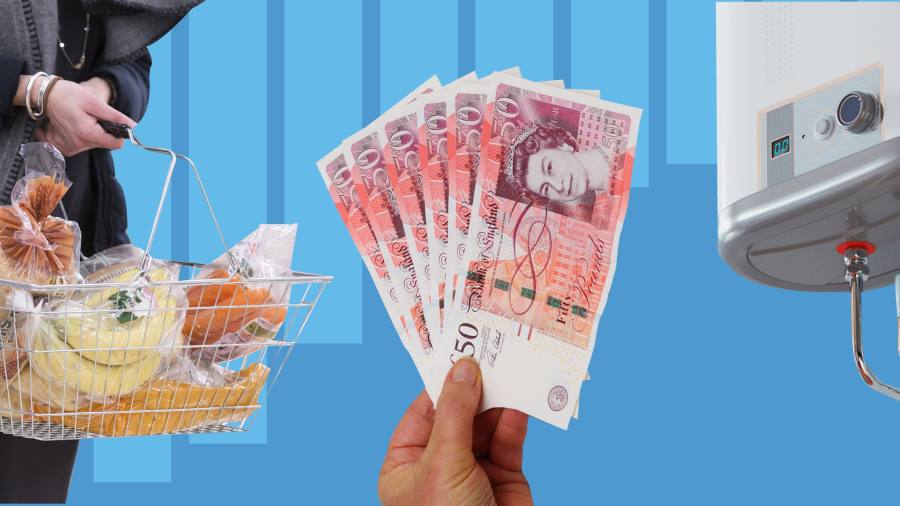 
Households in Britain will be hit by a cost of living jump in April larger than anything seen since the 2008-09 financial crisis — and possibly worse than anything seen in a generation, according to experts in household finances.

The combination of extreme rises in household gas and electricity bills, likely to be over 50 per cent in April, large national insurance and income tax rises on top of the highest rate of general price increases for a decade will put serious strains on family budgets, with the poorest households hit hardest.

Paul Johnson, director of the Institute for Fiscal Studies, said: “The combination of substantial tax increases and big increases in prices, particularly energy prices, will be a larger shock for households on average earnings than anything at least since the financial crisis and possibly for a long time before that.”

Coming just weeks before the May local elections, the looming income hit is causing severe political difficulty for Boris Johnson’s government, with Jacob Rees-Mogg, leader of the House of Commons, this week pressing the prime minister to scrap the £12bn planned rise in national insurance bills.

But scrapping the rise would only mitigate, not eliminate, the sharp squeeze in household incomes, which has three elements.

Households have so far been protected from the spike in wholesale energy prices by the government cap on bills, but this will be lifted in April. Most estimates suggest the cap will need to rise by over 50 per cent if the government does not intervene to lower the level of bills.

Calculations from Investec suggest the price cap will rise by 56 per cent in April, pushing the typical energy bill from £1,277 to just shy of £2,000 per year.

This has the largest effect on poorer families because they tend to spend a larger proportion of their income on essentials. Figures from the Office for National Statistics show that 7.1 per cent of spending among the poorest tenth of households goes on electricity and gas compared with 3.9 per cent for the richest tenth of households.

These sorts of sudden income hits have not been seen in the UK at any time in recent years, leading to what Torsten Bell, chief executive of the Resolution Foundation think-tank, has called “an overnight cost of living catastrophe”.

Price rises will be compounded by two big personal tax increases planned to hit households at exactly the same time in April.

First, the rate of employee national insurance will rise by 1.25 percentage points reducing most pay packets. Employers are unlikely to compensate their staff for this extra tax, and might well limit pay rises because they will face their own 1.25 percentage point increase at the same time.

The combined employer and employee tax rises are expected to raise £12.7bn next year, an average hit of a little over £400 for each of the UK’s 29.4m employees.

On top of the national insurance rises, all income tax thresholds and allowances are to be frozen, increasing the tax charged when people’s income rises. The Treasury estimated at the time of the March Budget that the threshold freeze would bring in at least £1.6bn in 2022-23.

In total, these tax increases will hit higher income households harder, as a greater proportion of them are in work.

The energy price rises and tax increases will come at a time when prices are already rising faster than at any time in the past decade. Consumer price inflation stood at 5.1 per cent in November and economists at Goldman Sachs expect prices to be 6.8 per cent higher in April than a year earlier, even if the government offsets the jump in gas and electricity bills.

This rise in prices is considerably higher than the increase in average earnings, pensions or the minimum wage, which is scheduled to go up by 6.6 per cent in April.

Even before it became clear that prices were likely to rise much faster than wages, the Office for Budget Responsibility, the spending watchdog, was forecasting a squeeze in real incomes this year. The Resolution Foundation now expects the income squeeze to last through 2022 with little prospect of relief in 2023.

Bitcoin Derives Its Value From Freedom