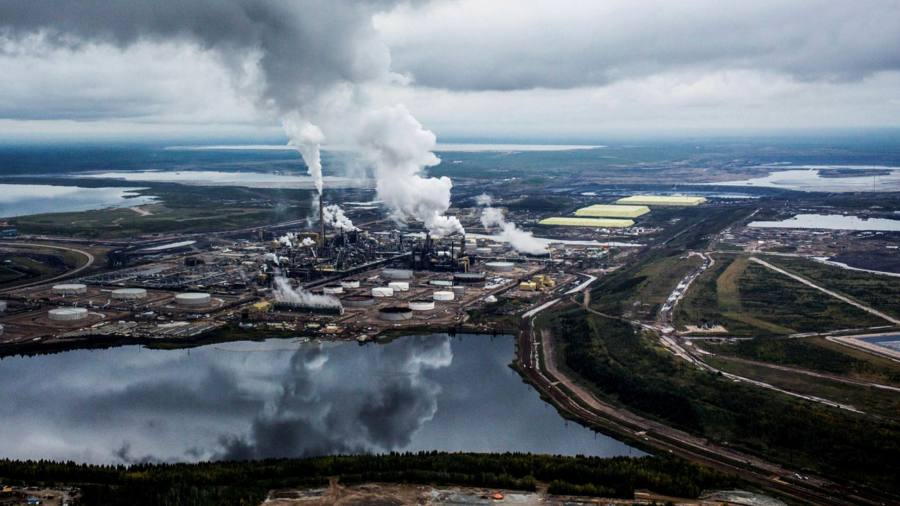 
Canada’s new natural resources minister has defended the country’s promotion of exports from its controversial oil sands projects even as he vowed to enforce “aggressive” greenhouse gas emissions cuts on the energy sector.

Jonathan Wilkinson, appointed by Prime Minister Justin Trudeau in October, said Ottawa was “going to be very aggressive in reducing emissions from the sector” and would work with other countries to drive down long-term crude demand.

But he insisted Canada still had the right to keep pursuing exports from one of the world’s most carbon-intensive sources of oil.

“For the [oil] demand that continues to exist, Canada needs to extract value from its resources, just like the United States, the United Kingdom in the North Sea, and Norway,” Wilkinson said.

The minister’s comments highlight the tricky task facing the federal government of Canada, the world’s fourth-biggest crude producer and largest foreign supplier to the US, as it tries to decarbonise the economy without jeopardising an industry that accounts for about 5 per cent of GDP.

Wilkinson’s remarks will spark concern in Alberta, the western province that is home to the high-carbon oil sands projects and has tussled for decades with Ottawa over energy policy, including losing a Supreme Court battle to stop the Trudeau government’s federal carbon tax.

Canada’s oil and gas sector is the country’s largest and fastest growing source of emissions. Greenhouse gas pollution from the oil sands — huge bitumen-producing projects where output has soared in the past two decades — has risen more than 225 per cent since 2000, according to the government.

The country’s energy regulator last month forecast oil sands production would increase 18 per cent to almost 4m barrels a day in 2030, although Wilkinson has asked the forecasters to include the federal government’s plan for a net zero emissions economy by 2050 in future modelling.

Trudeau in November reiterated a pledge to impose a cap on oil sector emissions that could be lowered every five years, although details would follow a consultation period and advice from a federal net zero advisory body.

Jason Kenney, Alberta’s premier, has said Ottawa must consult the provinces — constitutional owners of the resources — before proceeding with the cap.

Wilkinson told the Financial Times the federal government was entitled to impose the new emissions limits, although it “would prefer to work collaboratively with our provinces”.

“We believe that we have the jurisdiction and the authority to bring into play both the cap and the commitment with respect to reductions every five years,” he said.

Canada’s federal government has established tax breaks to reduce carbon pollution. But Wilkinson also indicated that the federal government could help to pay for a vast new project proposed by oil sands producers to capture greenhouse gas emissions in Alberta.

Calgary-based Cenovus Energy told the FT last year that Ottawa should fund most of the C$75bn (US$60bn) cost of the project, which backers claim could eventually capture about half of the oil sands’ CO2 emissions.

Wilkinson pointed to government-funded carbon capture projects in the Netherlands and Norway as a possible model for Ottawa’s involvement. 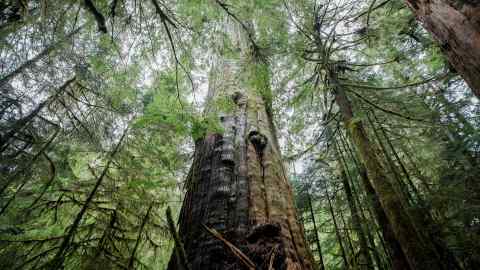 “Companies are going to have to come to the table and put their own capital into those projects,” he said of the oil sands producers’ idea. “But certainly we are willing to work with the sector to help us reduce emissions.”

Despite its climate pledges, the Trudeau government in recent years has lobbied the US to approve the controversial Keystone XL project to ship oil from Canada to the Gulf of Mexico. President Joe Biden cancelled that project in June last year, prompting joy from climate campaigners but dismay in Canada.

The lobbying contrasts with the federal government’s increasingly aggressive language on the climate. Wilkinson’s replacement as environment secretary, Steven Guilbeault, was a former Greenpeace activist who once scaled the CN Tower in Toronto to unfurl a banner reading “Canada and Bush climate killers”.

Canada wanted to “be part of solving the crisis of our time”, Wilkinson said, seeking to explain the support for both more bitumen exports alongside tighter climate pledges.

“But, of course, we’re going to do it in a way that will enable Canada to continue to be prosperous,” he added.