This Is The Cheapest FAANG Stock To Buy As 2022 Kicks Off…Is It Worth The Bet?


After remaining under pressure by an array of negative developments during 2021, Meta Platforms (NASDAQ:) now offers an attractive risk-reward proposition for investors at the start of 2022. 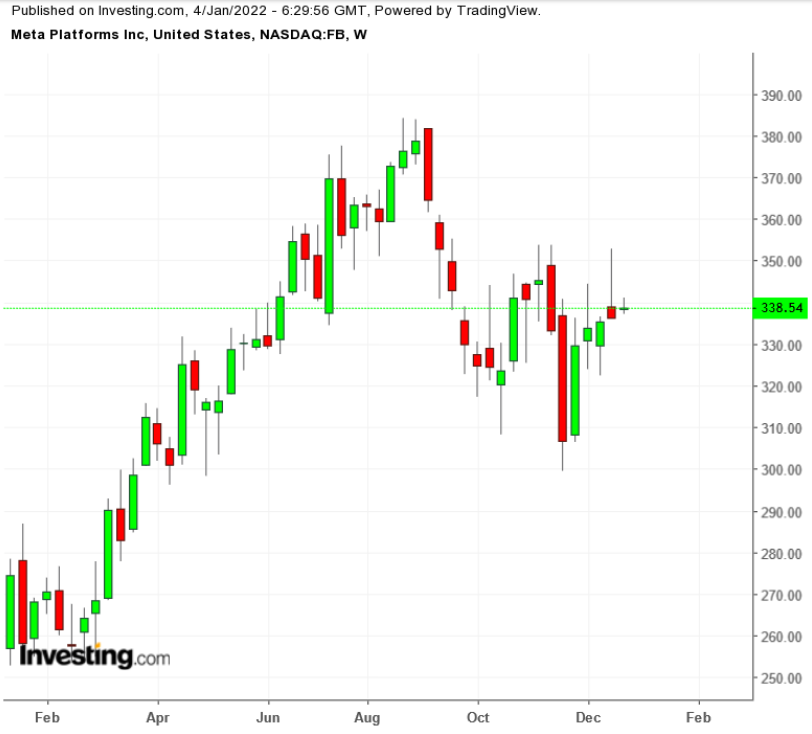 The stock, which provided negative returns over the second-half of last year, looks appealing in comparison to its peer group of five mega-cap tech giants that include Apple (NASDAQ:), Amazon (NASDAQ:), Netflix (NASDAQ:), and Alphabet (NASDAQ:).

Even after the December rally, Meta shares remained 10% below their September peak, a period when it faced intense scrutiny after whistleblower testimony cast a pall over its content strategy and some of its products. As a result, Facebook faced accusations that it prioritized profits over user safety and security in order to counter a years-long decline in growth metrics for key user groups, such as teens and young adults.

Still, the stock rose 24% during the full year, posting the third-highest gains among the group known as FAANGs.

Perhaps the biggest setback for FB in 2021 came in October when the Menlo Park, California-based company missed expectations and reported a below-consensus revenue outlook for Q4, warning about the impact of Apple’s new privacy policy which offers users a tool to block social media apps from tracking their personal activities over the internet.

The resultant sell-off cost Meta its $1 trillion valuation and its place among the five most valuable US companies.

Notwithstanding the number and severity of 2021’s negative developments, some metrics now show that these risks are already baked into the stock price. The trailing price/earnings ratio now sits below 24 and is nearing the lowest multiple since March 2020 when it dipped briefly below 23.

This was at the height of the COVID crisis and also coincided with a major low in FB stock. The company’s valuation, along with expected continued growth—anticipated to be at a double-digit pace for the next several quarters—is bringing investors back.

Analysts too remain bullish on the stock. In an Investing.com survey of 54 analysts, 45 rate the stock as “outperform.” 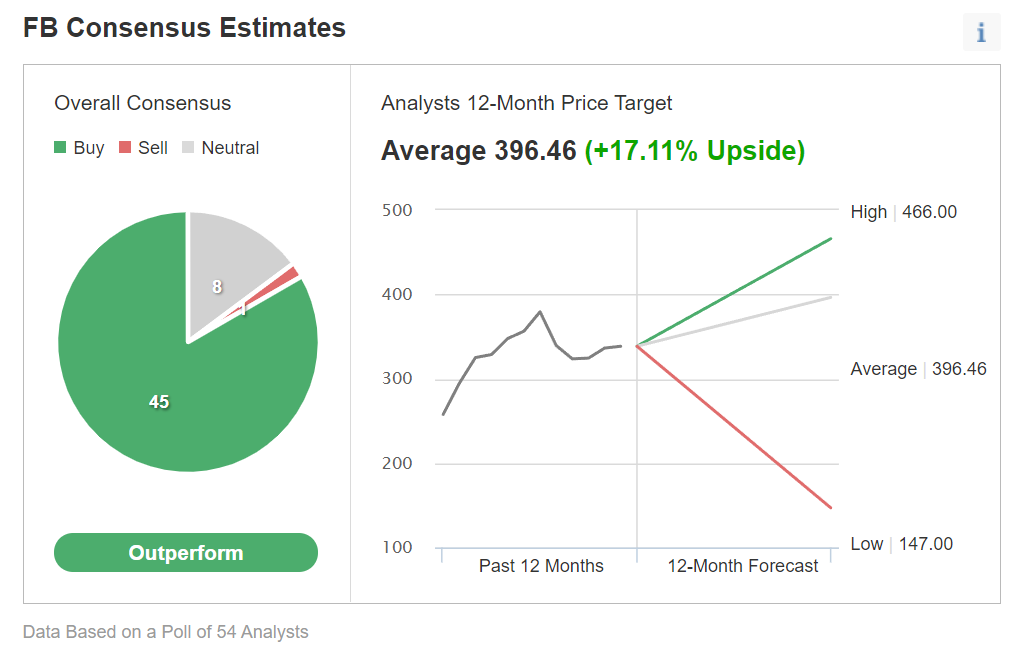 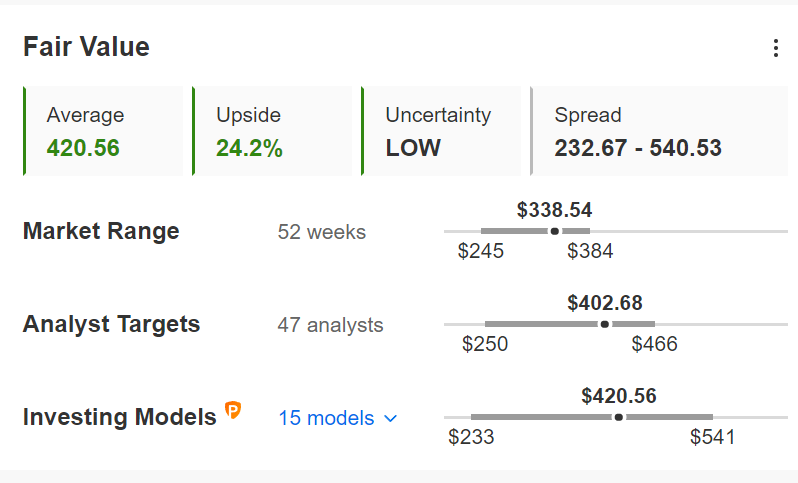 As well, based on InvestingPro analytics, FB’s fair value is $420.56, representing a 24% upside potential.

These initiatives, according to Zuckerberg, will be the basis for the next major platform for human communication, and one where he believes Facebook has a major competitive advantage.

Goldman Sachs, which has a $445 price target on Meta Platforms, believes the time is right to invest in the stock. In a recent note its analysts said:

“We expect Meta to be a long-term secular winner with regard to the metaverse and view them as well-positioned to capitalize on the next wave of computing.”

“Over the past several quarters, Meta Platforms has laid out its long-term vision for positioning the company for Web 3.0 and the metaverse as a successor to the mobile internet, including a company name change and a commitment to scaling investments against this opportunity.”

Facebook’s stock has become attractive once again, after suffering many setbacks during last year. The company’s dominant position in the digital ad market and its investments in virtual reality tools suggest that long-term investors will be rewarded if they decide to own this name.

Bitcoin Will Lead Us To A More Virtuous World –…