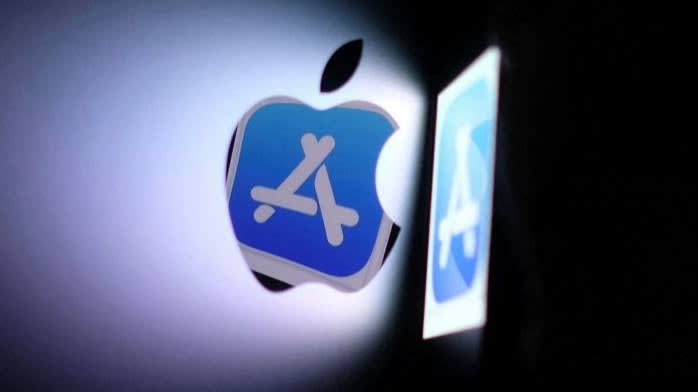 Apple has become the first company to hit a market capitalisation of $3tn, after its value rose by $1tn in less than 16 months as the coronavirus pandemic turbocharged Big Tech.

The iPhone maker became a $1tn company in August 2018 and two years later became the first company to be valued at $2tn. On Monday, shares in the company rose by 3 per cent to $182.86, taking it past the latest milestone, before easing back to trade at $182. Apple briefly lost its title as the world’s most valuable company to Microsoft at the end of October.

However, a strong rally in November restored its crown. It then surged higher into the end of 2021, and has added half a trillion dollars to its market value since November 15.

Only a handful of companies are worth more than $1tn, including Tesla and Amazon. Google parent Alphabet and oil group Saudi Aramco are valued at about $2tn, while Microsoft’s market value is roughly $2.5tn.

Thanks for reading FirstFT Asia. Tell us what you think of today’s newsletter at firstft@ft.com. — Emily

1. Hong Kong free press faces collapse Hong Kong’s free press is on the brink of extinction after the two largest remaining independent news websites in the Chinese territory announced they were shutting down in the space of a week. Citizen News said it would cease operations today, citing safety concerns for its reporters

2. Jurors deadlocked on three counts in Elizabeth Holmes trial Jurors said they were deadlocked on three of 11 counts in the trial of Theranos founder Elizabeth Holmes as deliberations continued for an eighth day in one of Silicon Valley’s most high-profile criminal fraud cases. Judge Edward Davila instructed the jurors to continue deliberating and try to reach a verdict, according to US news wire reports.

3. Bridgewater appoints co-CEOs Bridgewater Associates has appointed two co-chief executives to replace David McCormick, who is leaving the world’s largest hedge fund for an expected run for the US Senate. The firm said it was promoting Nir Bar Dea, previously deputy chief executive, to share the top job with Mark Bertolini, co-chair of Bridgewater’s operating board of directors.

5. Evergrande shares suspended Trading of Evergrande Group shares was suspended in Hong Kong yesterday, days after Chinese media reported that the indebted property developer would be forced to demolish a residential development in the southern province of Hainan.

Putin’s attempt to control the past follows the Xi model The closing of Memorial feels like a turning point for the whole of Russia, writes Gideon Rachman. For all the brutality of the Putin regime, Russia, until recently, has allowed considerably more latitude for political dissent than China.

M&A boom accelerates junior burnout at elite law firms Associates at the world’s top law firms have long viewed exhausting hours as part of a Faustian pact in which evenings, weekends and sleep are exchanged for eye-popping salaries. But junior lawyers have reached a breaking point as workloads soar and pandemic-induced anxiety and isolation rise.

Ten economic trends that could define 2022 For a second year, the pandemic has reshaped the world, accelerating trends from population decline to digital revolution. Ruchir Sharma examines how these currents could define this year, from a slowing China to “greenflation” in commodity prices.

Using artificial intelligence to predict medical conditions Last month, a physician and machine learning scientist at the University of California, Berkeley, unveiled a treasure trove of unique medical data sets, each curated around a medical mystery. The data sets could help to train computer algorithms to predict medical conditions earlier, triage better and save lives.

We should expect wobbling in global inflation dynamics What if the only constant in the next few years is volatility? What if inflation dynamics that seem entrenched begin to oscillate? Rana Foroohar argues this will be the case because of the following reasons.

Some 10,000 business books are published annually in the US, the world’s biggest market. Almost all are unputdownable, of course, but inevitably just a few clunkers slip through publishers’ rigorous filters. Don’t miss Andrew Hill’s (entirely imaginary) examples of titles to avoid in 2022.

Most-Upgraded Chipotle Mexican Grill Is A Tasty Investment For 2022