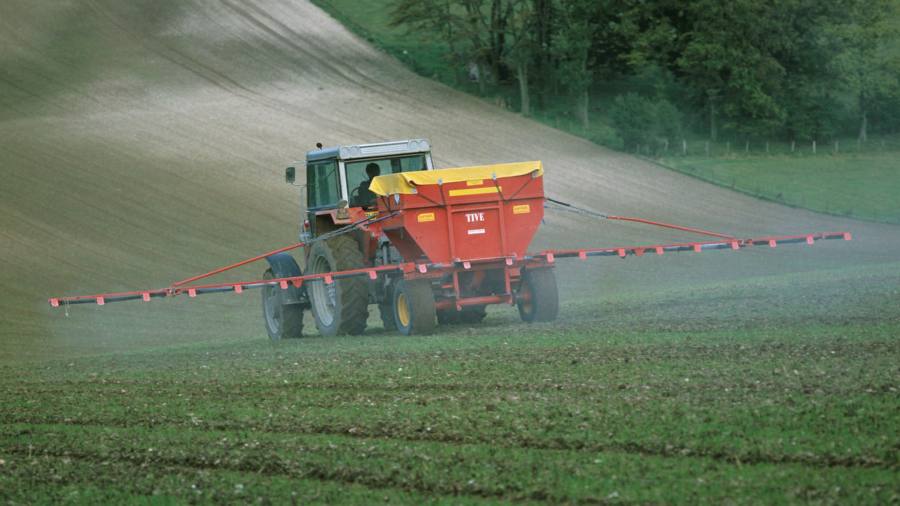 
UK farmers are preparing for a fertiliser crunch in spring after prices almost tripled and supplies were cut, with the reduced use of crop nutrients expected to affect the productivity of livestock, dairy, vegetable and some arable farmers.

Matt Culley, crops board chair at the National Farmers’ Union, said many farmers had been reluctant to order fertiliser at high prices, leading to expectations of supply problems as the 2022 growing season begins.

“We are going to be running out of time soon. We are going to have some massive logistical problems in the spring even if farmers start [accepting] these higher prices,” he said.

“Squeezed logistics and tight supply chains are going to make it very difficult for farmers to get the fertilisers they need.”

Farmers have already been cutting down on chemical fertilisers to reduce their environmental footprint, looking to alternatives such as manure.

But ammonium nitrate, which uses natural gas as a feedstock, and alternatives, such as urea, remain crucial to the operations of most arable farmers, vegetable growers and dairy and livestock farmers, who use the product to grow the grass on which their animals feed.

Spot prices for standard ammonium nitrate fertiliser stood at £213 a tonne in October 2020, and by December 2021 had reached £615 a tonne, according to The Andersons Centre, a farming consultancy.

Prices for urea, another nitrogen-based product, and phosphate and potash fertilisers more than doubled over the same period.

“We’re massively affected right across this industry,” said Julian Marks, group managing director at Barfoots of Botley, a vegetable business with almost £200m of annual turnover. “We do expect a yield penalty.”

Barfoots has reduced its growing area by 10 to 12 per cent because of rising labour and input costs, while Marks said growers would cut fertiliser applied per hectare, further hitting yields.

“If things don’t change they will be having to buy right at the top of the market and that will reduce their margins a lot.”

Surging wheat prices will compensate some arable farmers for the rising cost of fertiliser, said Michael Haverty, a partner at The Andersons Centre, but that depends on the timing of their fertiliser orders. They also face fast-rising fuel and labour costs.

James Peck, a Cambridgeshire arable farmer, said high fertiliser prices had cut his expected profit on the wheat crop by four-fifths. “If we get a drop in prices or a weather event to reduce yield, it’s a guaranteed loss year,” he said.

Culley said arable farmers would reduce fertiliser application, but added that many were considering lower-margin crops that do not require nitrogen, such as pulses or spring beans.

“We could be facing another year where production of wheat and grains is lower than the year before,” he said.

The UK imports 60 per cent of its fertiliser requirement, said Jo Gilbertson, head of fertilisers at the Agricultural Industries Confederation, a trade group. The only producer of ammonium nitrate in the UK, the US group CF Industries, shuttered its two plants in September because natural gas price rises made them unviable.

One, at Billingham, was reopened with government funding to enable production of carbon dioxide, a byproduct essential to the food industry. But CF’s agreement with the UK government ends in January, while the second plant, at Ince, has not so far been reopened.

Deliveries of fertiliser to farmers in July to November were more than 10 per cent below the five-year average, Gilbertson said.