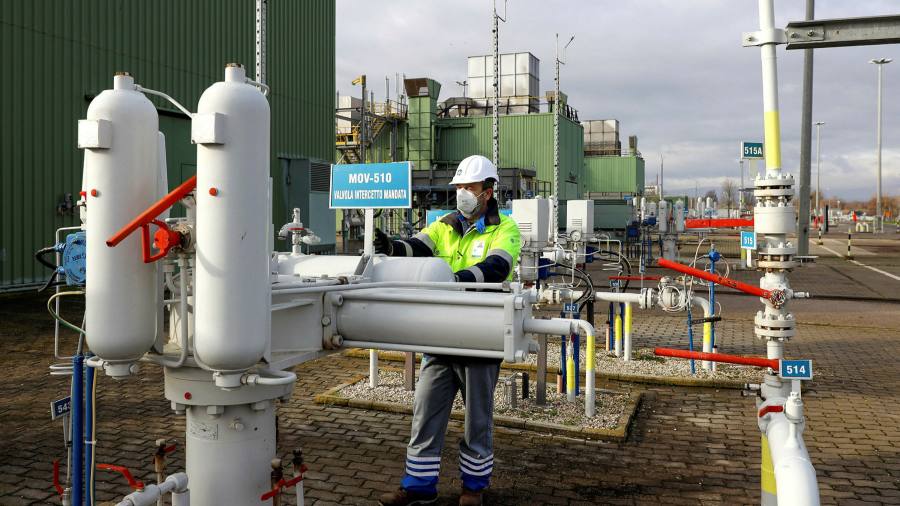 In thin holiday trading, gas futures linked to TTF, Europe’s wholesale gas price, fell as much as 12 per cent to €84.90 per megawatt hour as tankers carrying liquefied natural gas — originally destined for Asia — arrived in Europe.

These vessels were rerouted earlier this month by traders to cash in on record prices, which hit above €180 per megawatt hour in the run-up to Christmas due to waning confidence in extra Russian supply.

Alex Froley, LNG analyst at consultancy ICIS, said the gas carrier LNG Rosenrot had left the US on a course to China but instead changed direction on Thursday and headed to the Netherlands.

“Mild weather and increased LNG flows have helped pull prices lower in the last week,” he said. “However if there are periods of cold weather in Europe or Asia in the remaining months of winter, the market could still turn back up again.”

In spite of the declines, European gas prices are still up by more than 350 per cent this year, increasing energy bills for households and industry across the continent and adding to inflationary pressures.

Kaushal Ramesh, senior analyst at Rystad Energy, said the market in Europe was more “balanced” as a result of at least 800,000 tonnes of LNG spread across 11 tankers being redirected from Asia to Europe.

However, he said gas markets were “not out of the woods yet” with flows on a key pipeline between Russian and Europe in reverse mode for a week and a half.

“LNG diversions from Asia are a useful stop-gap measure but are not a sustainable substitute for stable pipeline supplies,” he said.

More than a third of the EU’s gas supplies come from Russia via pipeline, but this year inflows have fallen. Russia’s state-owned Gazprom has declined to sell additional volumes to Europe beyond those covered by long-term contracts.

Gazprom has repeatedly dismissed these claims. At the weekend, the company said accusations of low gas deliveries to EU in order to manipulate prices were “lies and falsehood”.

As well as mild weather, demand for gas has also been crimped by some of Europe’s biggest energy users curbing production at factories and smelters because of soaring power prices.

On Wednesday, US industrial group Alcoa said it would end primary aluminium production at its San Ciprian smelter in Spain for two years due to high energy costs. For the same reason, Norsk Hydro on Thursday announced plans to cut capacity at a plant in Slovakia to around 60 per cent of capacity.

With gas storage levels across Europe well below seasonal averages, traders expect gas and power markets to remain volatile for months to come.

Germany is on track to close three of its last six nuclear power stations on Friday as it shifts towards renewable energy, while France could face power shortages in the event of a cold snap next month when a large number of nuclear reactors halt for maintenance, the country’s power grid operator warned on Thursday.