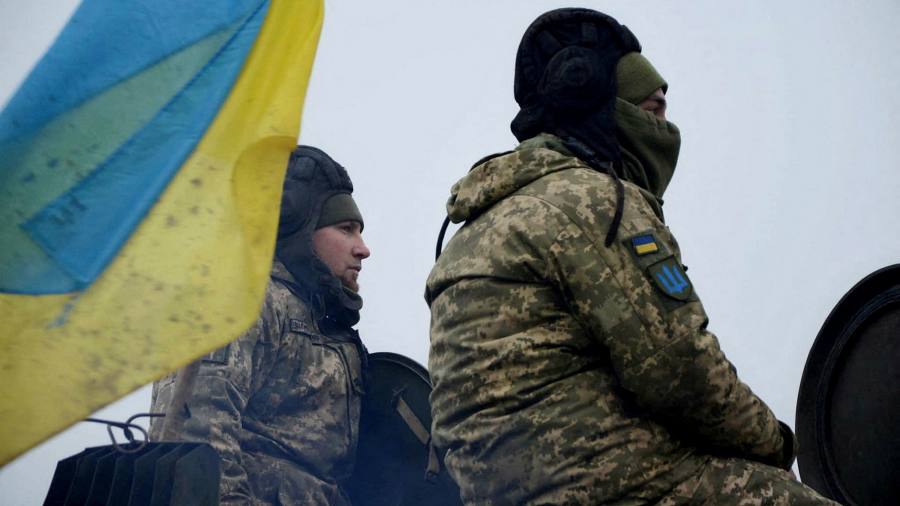 
US President Joe Biden and his Russian counterpart Vladimir Putin will hold a telephone call on Thursday to discuss European security, the Kremlin and White House have confirmed.

The call will come amid intense diplomatic efforts to defuse tensions over Ukraine, following reports that Russia has deployed 100,000 troops on its side of the border with the country and controversy around Russia’s role in Europe’s rocketing gas prices.

A senior US administration official said the call had been arranged at Russia’s request and that it would take a “high level of engagement” to forge a path of “de-escalation”.

Biden would present his own list of US concerns about Russia’s military build-up along the Ukrainian border, and would make clear that the US and its allies were prepared to “respond” if Russia were to invade, the official said.

Putin said on Wednesday that gas prices would stabilise once the German regulator allowed supplies to flow to western Europe via the Nord Stream 2 pipeline, which runs under the Baltic and bypasses Ukraine. Kyiv currently receives transit fees for Russian gas passing through its territory. Germany’s approval of Nord Stream 2 is not expected until mid-2022.

Critics of the pipeline say it will increase Europe’s reliance on Russian energy supplies, and the US has earmarked it as a possible target for sanctions in the event of a Russian invasion of Ukraine.

Moscow considers Ukraine, where Russian is widely spoken and which was part of the former Soviet Union, to be within its sphere of influence. When asked last week about the possibility of an invasion of its neighbour, Putin said that the tensions had been caused by Nato overstepping acceptable boundaries with its eastward expansion towards Russia’s borders, and called for an immediate guarantee that such an expansion would stop.

Although Russia’s leader has previously denied any plan to invade, he last week refused to rule out a military solution.

Putin said earlier that Russian and US officials were expected to meet in January for talks on Ukraine. The senior US official said Washington would like to see “concrete progress” on the ground to make the negotiations successful. On Wednesday, Josep Borrell, the EU’s chief foreign policy official, said the bloc must be included in the negotiations.

Nord Stream 2’s second pipeline was filled with gas and ready for operation, Putin said on Wednesday. “Now, of course, everything depends on our partners in Europe and Germany,” he said. “As soon as they decide on the start of the work, Europe will immediately get large additional volumes of Russian gas. This will certainly affect the price . . . on the spot [market]. And all the consumers buying Russian gas will immediately feel that.”

Gazprom, Russia’s state-backed monopoly gas exporter, has been repeatedly accused of exacerbating Europe’s surge in gas prices by withholding volumes beyond its contractual obligations and failing to fill its European gas storage facilities. Putin last week defended the company, saying it had supplied more gas to Europe this year than in 2020 and that it had received no requests for additional volumes at current prices.

Gazprom has a deal to transit 40bn cubic metres of gas via Ukraine until 2024, and has surpassed that volume this year.