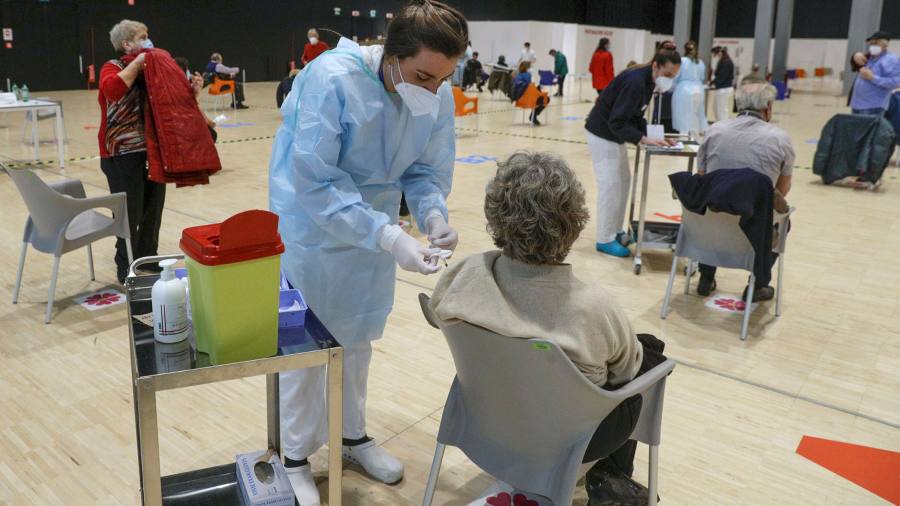 2021: the year of the unbalanced recovery


There has been an unexpectedly strong global economic recovery this year. A year ago, the OECD forecast global economic growth at 4.2 per cent in 2021, after a decline of 4.2 per cent in 2020. It now knows the shrinkage in 2020 was only 3.4 per cent. Yet even after a smaller than expected recession in 2020, this year’s growth is forecast at 5.6 per cent. The robust recovery is welcome. But it is also uneven in many ways.

The most remarkable performance relative to expectations a year ago has been by the high-income countries. The US economy is now forecast to grow by 5.6 per cent and the eurozone by 5.2 per cent in 2021. A year ago, US growth was forecast at a mere 3.2 per cent this year and the eurozone’s at 3.6 per cent. In all, says the latest Economic Outlook, “output in most OECD countries is now close to or above pre-pandemic levels”. All the same, “the strength of the rebound has not yet permitted a full healing of the global economy from the effects of the pandemic.”

The striking feature of this recovery has been its unevenness on multiple dimensions — relative performance of richer and poorer countries, spread of vaccination, extent and characteristics of policy support, behaviour of labour markets, patterns of sectoral demand, extent of disruptions to supply chains and shortages of vital resources.

Despite the recovery, the OECD states that global output was still 3.5 per cent below pre-pandemic forecast in mid-2021. Crucially, the lost output has been unevenly distributed, with relatively bigger losses in middle-income emerging economies than in high-income ones and the biggest losses in low-income countries, with terrible effects on the world’s poorest.

The vastly greater room for fiscal and monetary support in rich countries and the divergence in vaccinations explain these differences. At the beginning of December, the number of doses administered per hundred people ranged from 183 in China and 176 in the UK to 140 in the US, 93 in India, 44 in China and just 5 in Nigeria. This gap has to be closed if the world economy is to be reopened and Covid controlled.

Not only have high-income countries been able to spend more freely, they have also done so in divergent ways. In countries that spent heavily on job retention programmes, such as Germany and France, labour force participation is roughly where it was before the pandemic. In countries where support was concentrated on the unemployed, notably in the US, unemployment is low and vacancies high, while participation has fallen, as many workers appear to have left the labour force.

The pandemic has also had noteworthy sectoral impacts, with relatively strong demand for manufacturing and relatively weak demand for face-to-face services. This has had strongly differential effects on the demand for workers. It has also created bottlenecks in supply chains, notably in the production of motor vehicles. Gas shortages have also emerged, leading to big jumps in electricity prices.

The combination of shortages with strong pressure on labour markets is also generating unexpectedly high inflation. Jay Powell, recently reappointed chair of the US Federal Reserve, has retired the word “transitory” from his vocabulary. Monetary policy is likely to be tightened faster than expected just a month or so ago.

Despite the good news, then, 2021 will bequeath big challenges, not least containing inflation, while sustaining demand. The arrival of the Omicron variant also reminds us that Covid remains a threat and global delivery of vaccines an obligation and a necessity. Much has been achieved in 2021. But much remains to be done in 2022.

Futures Looking Up, But, Equities May See Further Consolidation