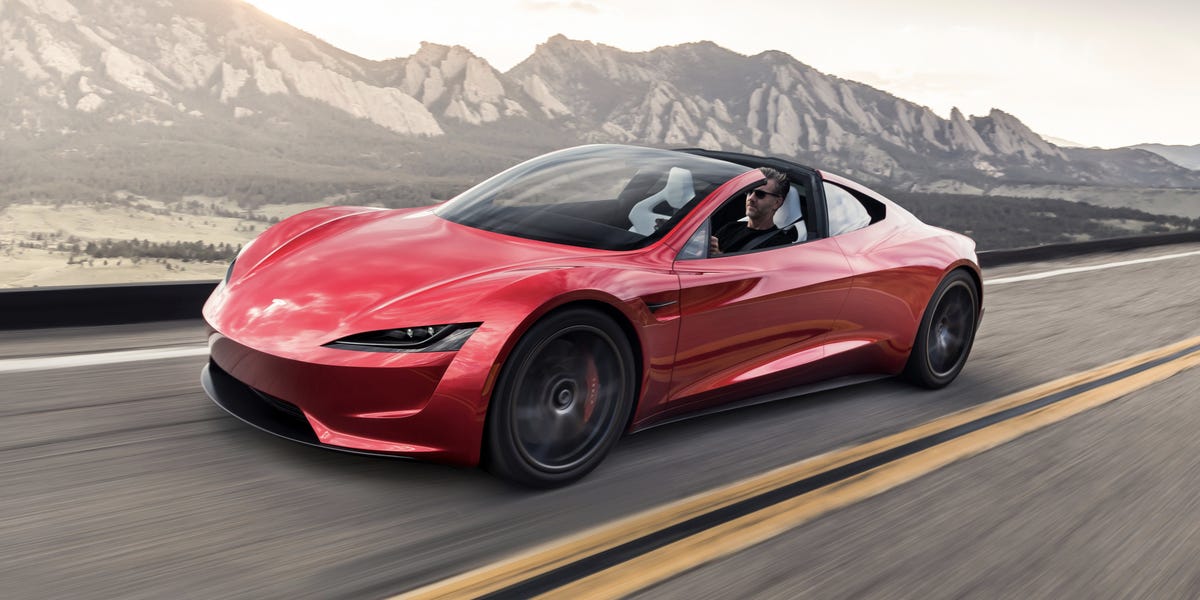 What We Know About New Tesla Models Coming Out, Future Vehicles


It’s the end of 2021 and Tesla’s long-awaited Cybertruck hasn’t arrived as Elon Musk initially promised. Musk said earlier this year that production could start this year, but now Tesla officially delayed the truck’s production to late 2022.

The futuristic pickup isn’t the only vehicle Tesla fans have been patiently waiting for. Musk’s automaker sells just four models currently — two sedans and two SUVs — but it has grand plans to expand its lineup in the near future.

Here’s where those plans stand, and what those vehicles may look like:

Tesla’s Cybertruck caused a stir upon its reveal during a splashy event in 2019 — and not just because its supposedly bulletproof windows shattered on stage (twice).

The pickup’s unconventional design polarized onlookers, with fans describing it as futuristic and daring and critics saying it looked like something out of a primitive video game. Some wondered what its sharp corners might do to pedestrians in a crash.

Yet the Cybertruck has attracted more than 500,000 non-binding preorders, according to Musk. It will come with up to four motors and will offer up to 500 miles of range, according to Tesla.

Tesla initially said the Cybertruck will start at $39,990, but it recently removed the truck’s pricing and specs from its website. Musk said in October that Tesla will likely start building the Cybertruck at the end of 2022 and begin mass production in 2023.

In November he said he’ll give an update about the Cybertruck early next year.

When Tesla revealed the new Roadster in 2017 — aiming for a 2020 launch date — Musk said it “will be the fastest production car ever made, period.”

Tesla claims the four-seat supercar will sprint to 100 mph in 4.2 seconds on its way to a top speed of more than 250 mph. According to the EV maker, the Roadster will be able to travel 620 miles on a charge — farther than any EV on the market today.

Musk has also said he wants to equip the Roadster with compressed-air rocket thrusters to boost acceleration and, potentially, give it the ability to hover short distances. Needless to say, a flying Tesla probably won’t fly with regulators.

The new Roadster is priced starting at $200,000. Recently, Musk blamed the Roadster’s delays on “super crazy supply chain shortages” and said the supercar should start shipping in 2023, “assuming 2022 is not mega drama.”

Like the Cybertruck and Roadster, the Tesla Semi — the carmaker’s class 8 truck — has remained in vehicle-development purgatory since it was announced in 2017. Tesla initially eyed 2019 for the big rig’s launch, but has pushed that date multiple times.

In October, Musk said he was optimistic that the Semi will be in production in 2023. The Semi requires too many battery cells and computer chips to start building at scale before then, Musk said.

Over the years, the prospect of a battery-powered tractor-trailer has attracted lots of attention from major retailers and shippers eager to spend less on fuel and maintenance. PepsiCo, Walmart, Anheuser Busch, UPS, and FedEx have all placed reservations for the Semi, which Tesla expects will cost $180,000 for a model with 500 miles of range.

Confusingly, the CEO of PepsiCo recently said the company expects to receive its first batch of trucks this year, but Musk told his Twitter followers: “Please don’t read too much into this.”

At Tesla’s company’s Battery Day event in September 2020, Musk promised that a $25,000, fully autonomous Tesla would hit the market “about three years from now.” Musk has admitted himself that punctuality isn’t his strong suit, so it’s fair to take that timeline with a grain of salt.

Still, Tesla appears to be making headway on the plans. The company aims to complete a research and development center in China that will develop the budget EV by the end of 2021, Tesla China President Tom Zhu said in a February interview with Chinese media.

The upcoming model is colloquially referred to as the Model 2 in enthusiast circles, but Musk recently said it’ll go by a different name. That narrows it down.

The Cyberquad hit the scene as a last-minute, surprise announcement during Tesla’s Cybertruck unveiling. We haven’t heard much about it since, but Tesla did release a $1,900 kiddie version of it just in time for the holidays. (It sold out quickly.)

Tesla hasn’t discussed pricing, a launch date, or any specs. But some sleuthing by automotive journalist Bozi Tatarevic appears to have uncovered that the Cyberquad — at least the one shown during the Cybertruck event — shares a platform with the gas-powered Yamaha Raptor ATV.

Musk has said Tesla is aiming to roll out the two-person electric ATV at the same time as the Cybertruck, and that the quad will at first be available as an option for the pickup.

Musk has floated the idea of a Tesla van more than once, most recently during a February interview on Joe Rogan’s podcast in which he said it’s possible the EV will have an array of solar panels on it. Before that, Musk said on a conference call in January that it plans to build a van “at some point,” but that it’s been held back by a lack of battery cell supply.

It’s possible that a future high-capacity Tesla would be used to shuttle passengers along networks of subterranean roadways built by The Boring Company, a tunneling firm that Musk also runs. A San Bernardino County transportation official let it slip in June that the county is working with Tesla on a 12-person van for a future Boring tunnel there, but Tesla hasn’t officially announced any such vehicle.

Virtual Bitcoin Event Keyfest To Be Held In January