The price of on the CME’s NYMEX division moved from the lowest level in a quarter of a century during June 2020, to the highest price since early 2014 in October 2021. The energy commodity’s price moved over four and one-half times higher from its low to the high.

Natural gas’s price is as combustible as the commodity in its raw form when it’s extracted from the earth’s crust. Since natgas futures began trading in 1990, the price has been as low as $1.02 to as high as $15.65 per MMBtu.

The futures reflect the price at the Henry Hub in Erath, Louisiana. Natural gas at other US delivery points can trade at huge discounts or premiums to the futures market, which is the benchmark. Beyond the US pipeline system, natural gas prices can be even higher than the highest US domestic price, as we have seen in 2021. Natural gas shortages in Asia and Europe have driven prices to record highs in those areas.

Through its subsidiaries, APA Corporation (NASDAQ:) explores for and produces oil and gas properties. The company has operations in the US, Egypt, and the United Kingdom and has exploration activities situated offshore of Suriname.

Houston, Texas-based APA operates gathering, processing, and transmission assets in West Texas and owns four Permian-to-Gulf Coast pipelines. In our view there are five reasons APA is an energy company to put on your investment radar for 2022.

On Jan. 21, 2021, his first day in office, US President Joe Biden canceled the Keystone XL pipeline project. In May, the administration banned fracking and drilling for oil and gas on federal lands in Alaska. The Biden administration has tightened regulations on fossil fuel production and intends to shut down pipelines that cause environmental damage.

Meanwhile, US and worldwide energy demand is booming. Oil and gas prices moved appreciably higher in 2021, even after the recent corrections from the October peaks.

It took decades for the US to achieve energy independence. However, in 2021, the pendulum swung back, handing OPEC and Russia pricing power in the global petroleum market. Over the past months, with gasoline prices rising to the highest level since 2014, the Biden administration twice asked the cartel to increase output.

OPEC+ refused after enduring low prices because of rising US shale production over the past years. In November, the US President signed an executive order releasing fifty million barrels from the US strategic petroleum reserve to push prices lower. The measure may have temporarily worked as NYMEX fell from over $85 to below $63 per barrel.

However, the SPR release was symbolic as it only amounted to three days of US consumption. While the US was selling petroleum in November, Chinese hydrocarbon imports soared. 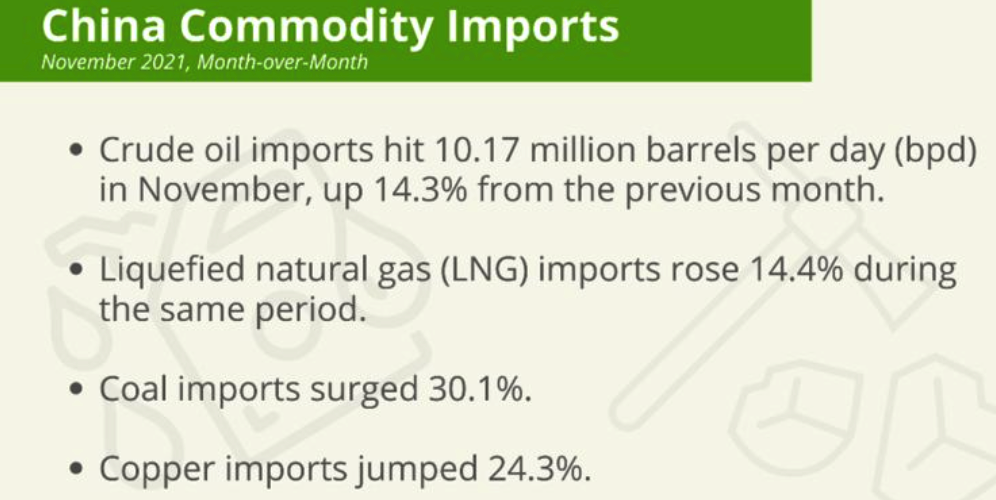 China’s crude oil imports rose 14.3% to 10.17 mbpd in November. Chinese demand singlehandedly accounted for almost all of the US SPR release.

The Biden administration has put the US on a greener path to energy production and consumption. However, fossil fuels continue to power the world, and the overwhelming majority of US cars are gasoline-powered.

The bottom line is that robust demand for traditional energy products, as the US is now on a greener path, has lowered global supplies even as demand is rising.

Shortages in Asia and Europe have caused worldwide natural gas prices to soar, putting upward pressure on US prices. 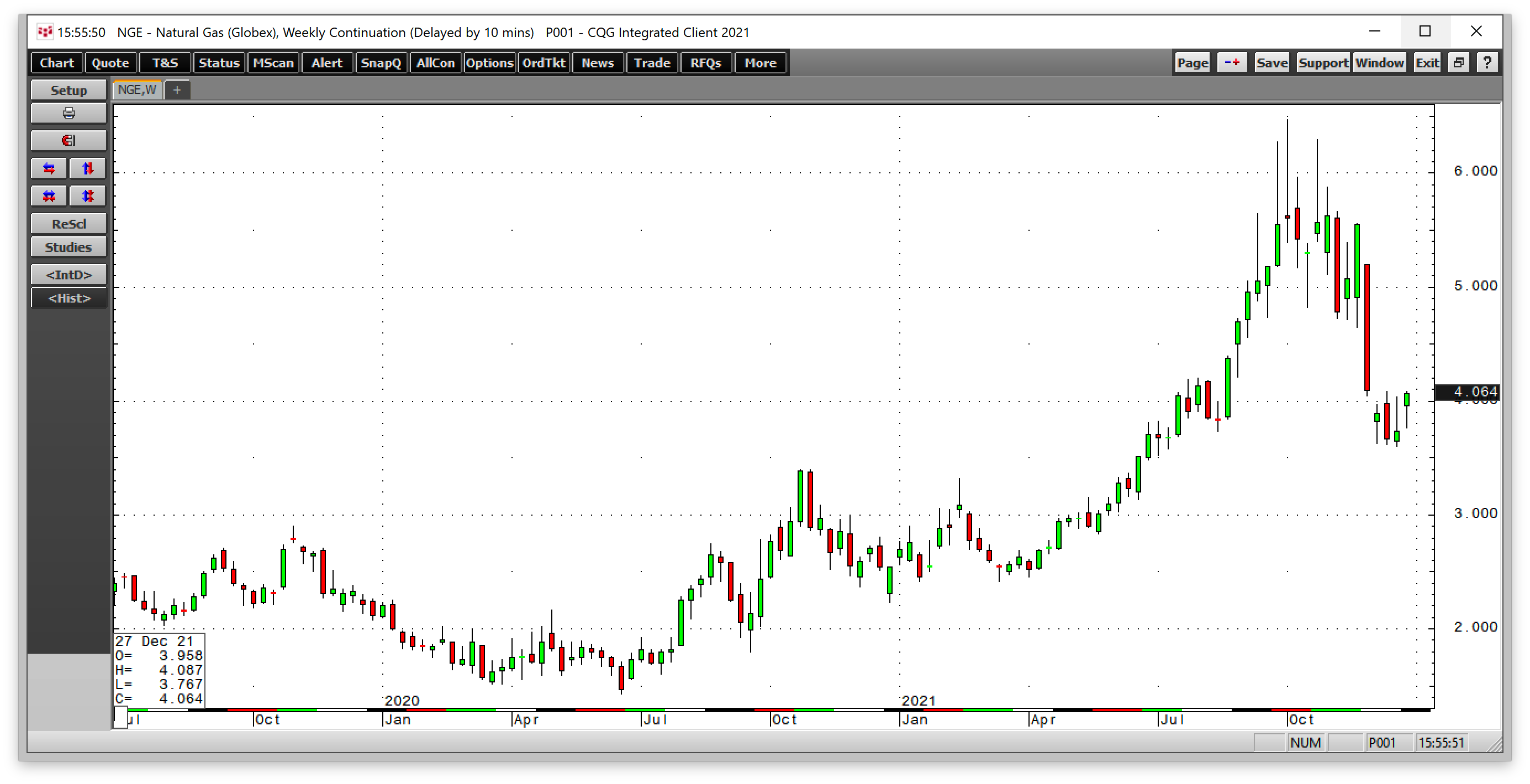 The chart above shows that nearby NYMEX natural gas futures rose to a high of $6.466 per MMBtu in October, the highest price since February 2014.

Thanks to technological advances, natural gas has become an exportable commodity that no longer depends on pipelines. Liquefication technology allows LNG to flow from the US and other producers worldwide via seaborne tankers.

Moreover, US-Russian tensions over Ukraine could cause sanctions on Russian natural gas pipelines into Western Europe, bolstering demand for US natural gas exports. With prices much higher abroad, US producers and LNG processors are likely to divert US output overseas, weighing on domestic supplies as US regulations do not support new production.

Existing producers are likely to profit as few new companies are emerging because of the regulatory environment.

APA also has a long runway of drilling opportunities in the high-growth, low-cost Permian Basin. APA’s partnership in Suriname with Total (NYSE:) opens the door to large-scale production development.

Over past quarters, APA’s have been impressive. 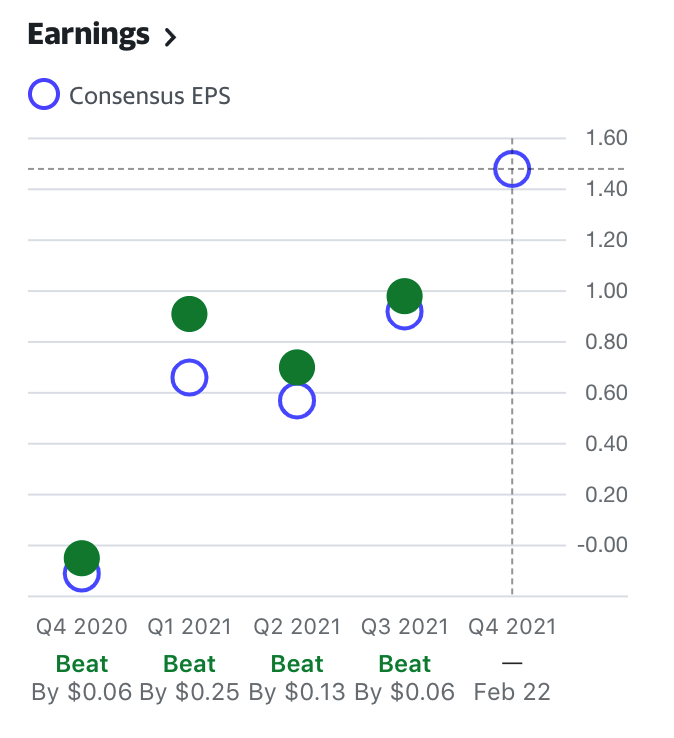 The chart highlights that APA beat analyst earnings forecasts over the past four consecutive quarters. The current estimates for Q4 2021 are for $1.48 per share. 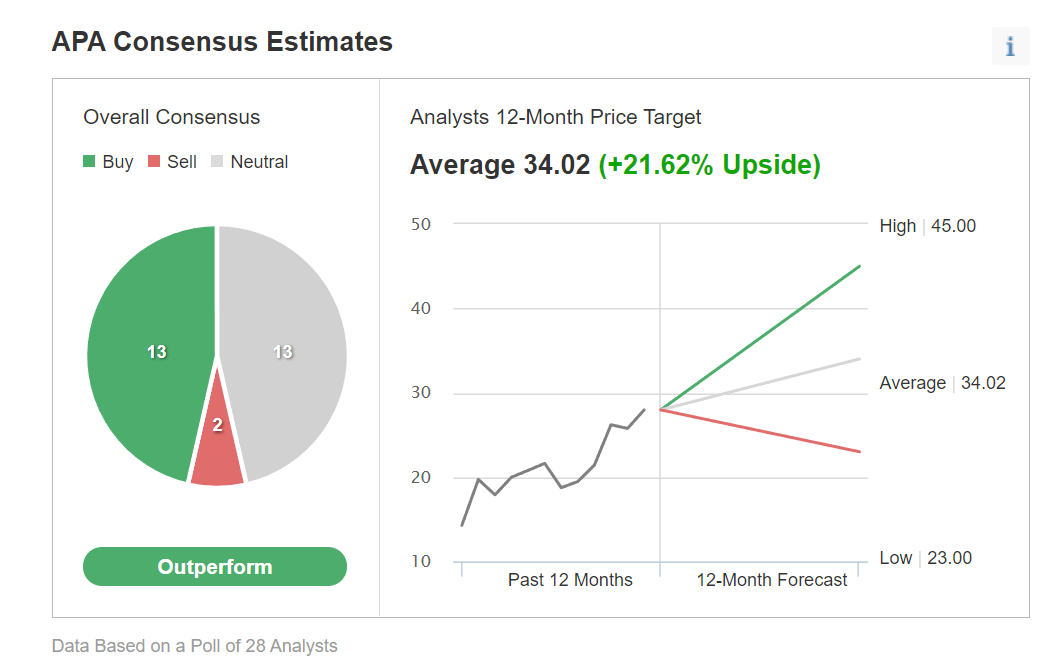 Forecasts range from $23 to $45 per share, and the overall consensus on the stock gives it an ‘Outperform’ rating. 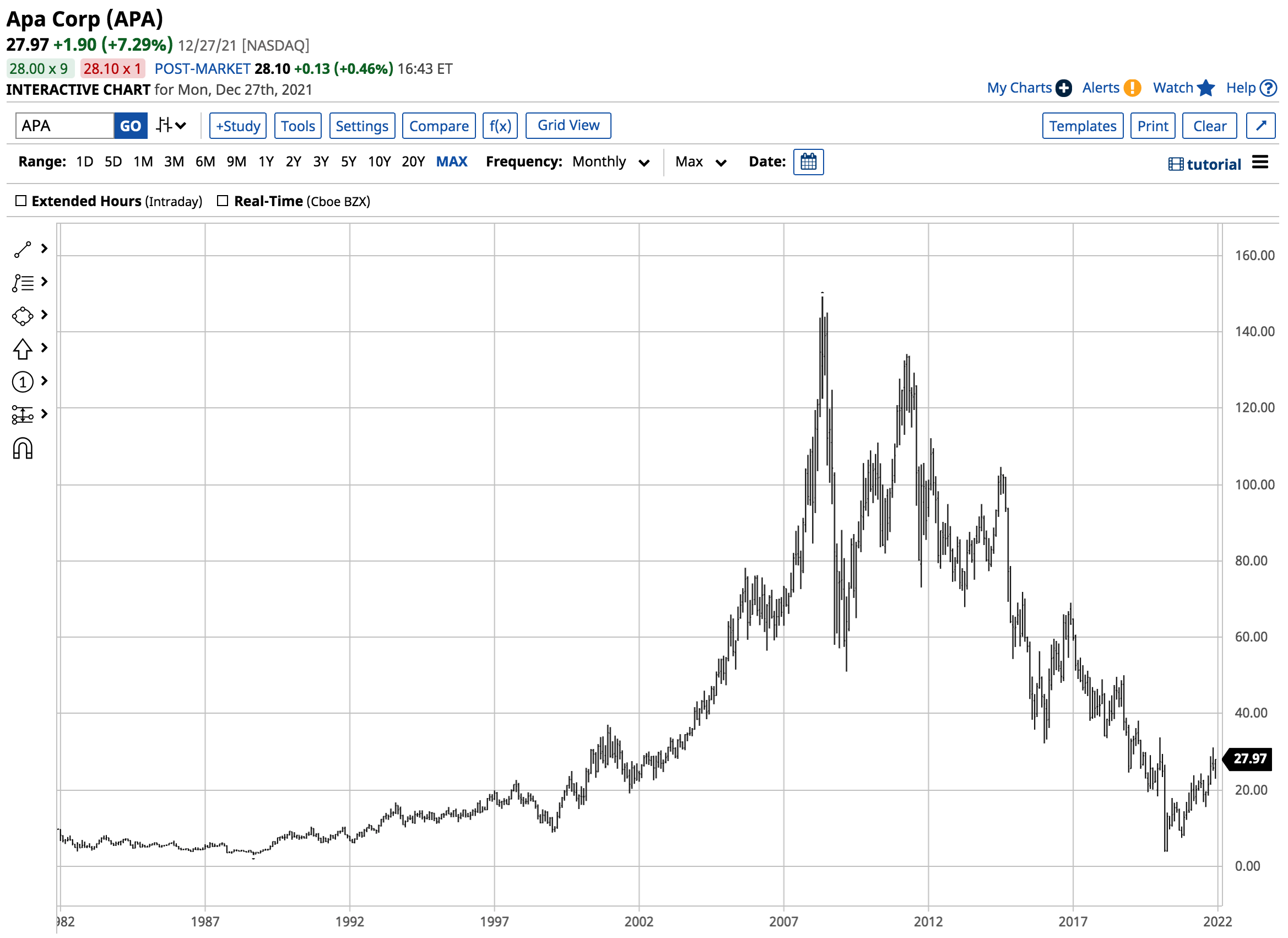 The long-term chart shows the first technical resistance level for shares stands at the January 2020, $33.77 per share high. APA has been trending higher since the March 2020 low.

APA could be a diamond in the rough in the traditional energy sector in 2022. With many analysts calling for $100 per barrel for crude oil, and natural gas making higher lows, APA will continue to profit.

Higher earnings should boost the share price. In an environment where the stock market is at or near record highs and locating value is challenging, I’m bullish on the prospects for APA shares in 2022.