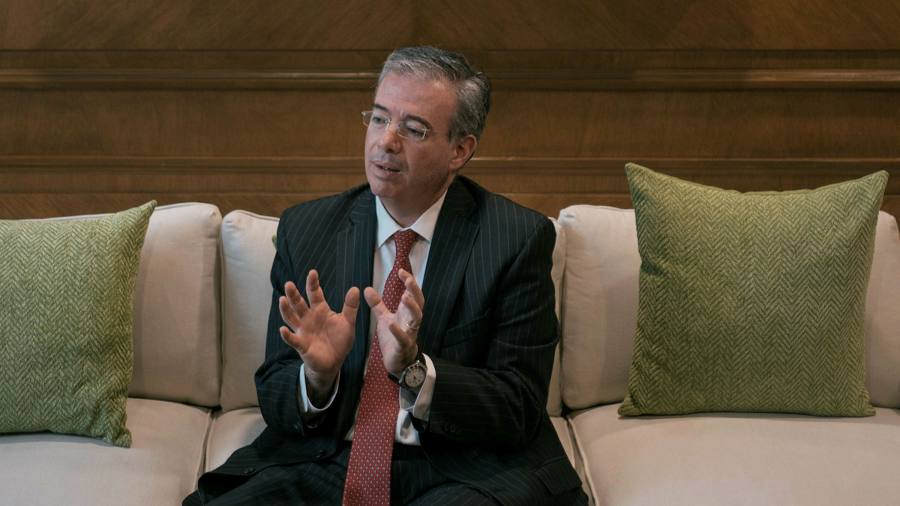 
The Bank of Mexico’s outgoing governor has spoken out about the importance of protecting the bank’s constitutional mandate as the institution faces mounting political pressure from President Andrés Manuel López Obrador and his party.

The bank’s autonomy was recently called into question when López Obrador withdrew his nominee to be the next governor and replaced him with a little-known public sector economist.

Outgoing governor Alejandro Díaz de León said he was confident the bank would continue to fulfil its mandates so long as its legal framework stayed intact.

“The key thing is to conserve the constitutional mandate and the law that the bank has today,” Díaz de León told the Financial Times in an interview. “I think those are the best guarantee that an environment of stability and low inflation can be maintained.”

Victoria Rodríguez Ceja will take over from January 1 as the first female governor of the bank, leading a majority-female board.

Tensions between the central bank and politicians began to mount last year when a bill proposed by lawmakers from the ruling Morena party sought to force it to buy excess dollars. The proposal would have undermined the bank’s autonomy, critics said. It was eventually shelved after strong opposition.

The central bank’s board also ran into political controversy this year when it pushed back against López Obrador’s attempt to use Mexico’s share of a global liquidity injection from the IMF to pay off public debt.

The back and forth with the president and his party was part of the normal functioning of democracy, Díaz de León said.

Central banks are at the forefront of a global push to try to slow rising inflation, and last week many of them tightened policy more aggressively. Policymakers face “a critical situation for the handling of monetary policy”, Díaz de León said. “It’s very clear that central banks can do their jobs better in an autonomous framework and it’s really important to preserve that.”

The Bank of Mexico has faced a delicate balance in steering the country’s fragile emergence from the economic impact of the coronavirus pandemic. A sudden output contraction in the third quarter of this year put pressure on its five-member board not to choke off the recovery by raising rates too fast.

Yet Mexico faces spiralling inflation, leaving them with a dilemma. The pace of price growth has hit its highest in 20 years, pushing the bank to surprise markets by raising rates sharply at its meeting earlier this month.

Despite this, Díaz de León cautioned that Mexico was not necessarily targeting substantial future rate rises.

“Sometimes it looks like there are two tracks, the track of 25 [percentage point rate rises] and the track of 50 . . . The truth is in the bank we don’t see it that way,” he said. “Going forward all the options are available and none are predefined.”

Mexico has experienced outflows of foreign funds in equities and government securities since the beginning of the pandemic, another factor that could put pressure on the bank to raise rates in a bid to attract foreign capital.

However, Díaz de León played down the economic impact. “The adjustment has been ordered and gradual,” he said. “We hope that as the risk settles even more, the appetite for instruments in local currency may also reappear.”

After taking power in December 2018, López Obrador implemented a sweeping austerity drive that he held firm on during the pandemic. The IMF, which has in the past advocated for tight spending rules, urged the government to raise its spending to tackle the economic impact of Covid.

The Bank of Mexico lost staff in the early months of López Obrador’s administration, particularly after a law was passed limiting public sector salaries. The rotation in headcount had stabilised since then, Díaz de León said.

BHP/Oz Minerals: bolt-on buy would have a copper-bottomed…