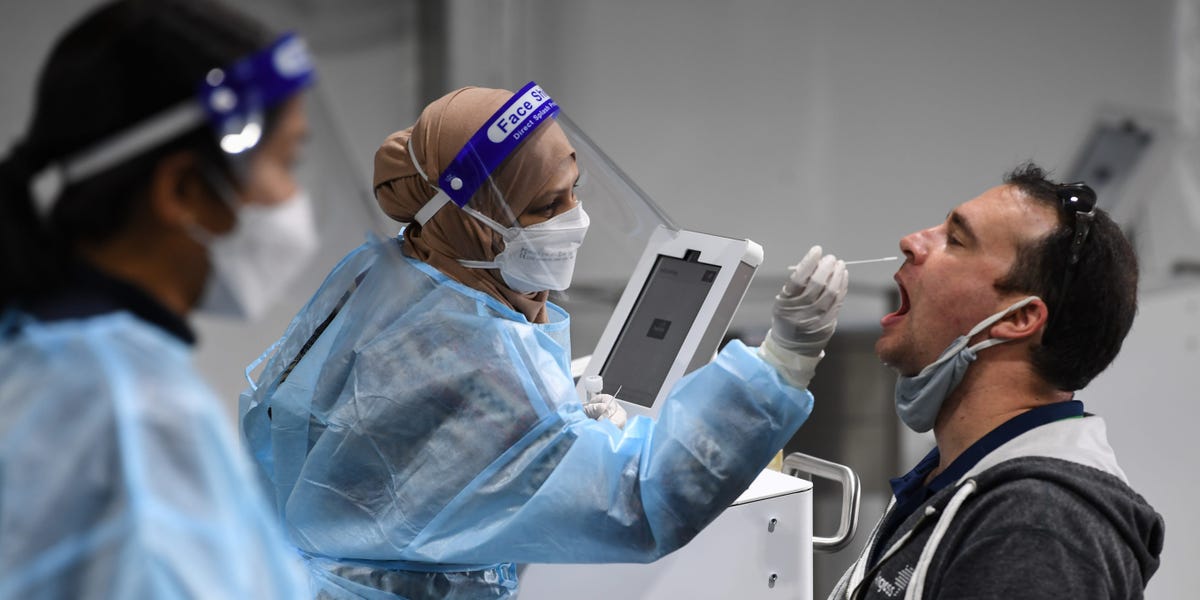 
A medical laboratory in Sydney, Australia, falsely informed 400 people that they had tested negative for COVID-19 when they had in fact tested positive.

St. Vincent’s Hospital published a statement on Sunday saying its pathology service, named SydPath, released the incorrect results due to a “human error.” The results came from tests carried out on December 22 and December 23, it said.

“SydPath last night incorrectly messaged more than 400 people, advising them they had tested negative to COVID,” the lab said. “These people had tested positive to COVID.”

“An emergency response team is now investigating the cause of this mistake, which is believed to be human error,” it added. People impacted were contacted as soon as the issue was discovered, the lab noted.

In a statement, SydPath medical director Anthony Dodds said SydPath had been working on “very large volume of tests” on December 22 and 23.

A 34-year-old man who received an incorrect negative result from the lab told the Australian Broadcasting Corporation that he started feeling sick within days of the test. Despite being advised by his doctor to trust the result, he visited St. Vincent’s Hospital for further clarification, he said.

“I said, ‘I also trust myself, I’m unwell because every symptom I’ve had is COVID … the PCR test must be wrong,'” the man told ABC, adding that he ended up testing positive to a rapid antigen test.

He told ABC after St. Vincent’s Sunday apology: “I think it was quite frustrating, in the sense that one, it took 85 hours firstly to get the negative test result. And then me having to call a GP and go to the hospital to try and clarify what is wrong with me.”

The man said he received two differing notifications from SydPath about the cause of the slip-up: One attributed it to a lab error, while the other said it was a clerical mistake.

Much of the world is contending with the rapid spread of the Omicron coronavirus variant, which has affected unvaccinated people, as well as those who were vaccinated or had received booster shots. Experts say vaccines appear to have helped produce milder symptoms and fewer hospitalizations than the Delta variant.

Can Bitcoin Survive An Apocalypse