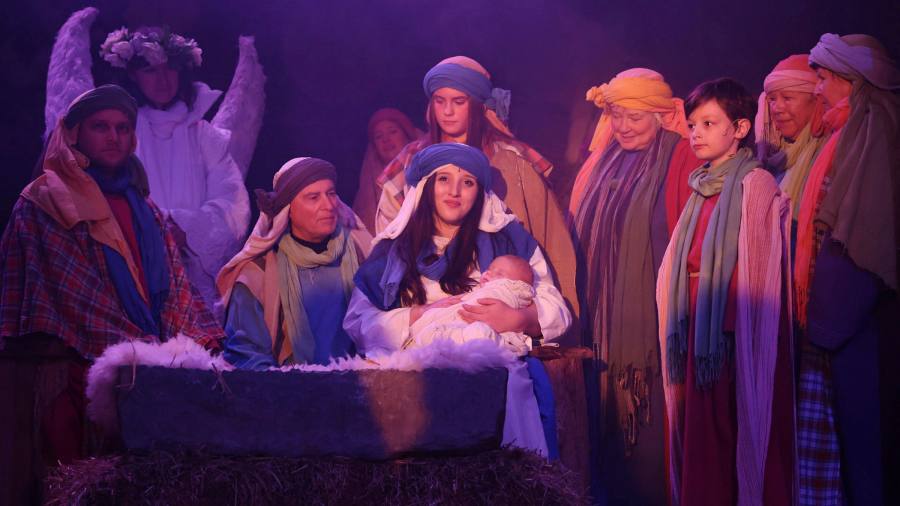 
As the Christian world celebrates the birth of Jesus, take a moment to savour how relevant the gospel remains to our life today. Not for reasons of religion, which is each reader’s personal business. Rather, it is the economics of the nativity that carries important lessons for our present challenges.

After all, the census that two millennia ago forced a Nazarene carpenter on the road back home to his native town, heavily pregnant wife in tow, must count as one of history’s greatest policy-induced labour market disruptions — worse than Brexit no doubt, although maybe shorter-lasting at least.

With workers dispersed around the Holy Land like containers languishing outside Felixstowe or Long Beach, there will have been precursors to the hospitality industry’s travails, too. No room at the inn? A room could probably have been found, actually, if there had been staff to prepare it. But qualified workers would have been impossible to come by when the census officials had forced them to travel home just as the high season was setting in. At least it benefited the eco-tourism sharing economy and those with stable and a manger to put on the Judaean version of Airbnb.

And anyone struggling to procure all the Christmas presents for the kids in this year of delay and disruption should spare a thought for the infant Christ, whose presents — we have it on high authority — arrived 12 days late. Perhaps the Magi were delayed in a caravan pile-up near Suez.

Speaking of the 12 days of Christmas, the eponymous carol can serve as a risk analysis for the modern household’s holiday supply logistics challenge. It tells a story of two halves. If you don’t want your Christmas to fall through at any of the first seven verses — which celebrate a menagerie of poultry, game birds and ornamental fowl — you should have made sure to have ordered in the summer.

US prices for less common poultry — like geese and ducks — have spiked to the highest on record. Turkeys cost more than ever, too. And that’s if you can get your hands on one: British farmers have reared 1m fewer of the birds this year than last. (Don’t worry about verse five, though: gold can always be had, for a price.)

The last five verses, in contrast, point to the smart householder’s choice for a supply-constrained Christmas. With foodstuffs and goods snarled up in disrupted value chains and logistical logjams, buy experiences instead! Parades, acrobatics, and music — what’s not to like? With hotels and restaurants keeling over from an Omicron-induced lack of business, surely it should be no problem hiring laid-off service workers for a holiday extravaganza, even for those leaving the planning to the last minute.

Except, of course, that in many places such festivities have now been ruled out by public health restrictions. Even the UK government would struggle to pass off the presence of double-digit numbers of dancers, drummers and pipers as anything other than a party.

This can tempt leaders to hesitate before passing policies that seem like “cancelling Christmas”. When the goods don’t turn up and services are proscribed, it can seem there is nothing left for those wanting to celebrate the holiday. But actually, there is. Hold on to the most mundane content of the nativity, which Christians and non-Christians can cherish equally: a family spending time together, rejoicing in their love for one another and the happiness of childhood. The best experiences need not be bought. And for men and women of good will, there need be no supply constraint on fellow-feeling.