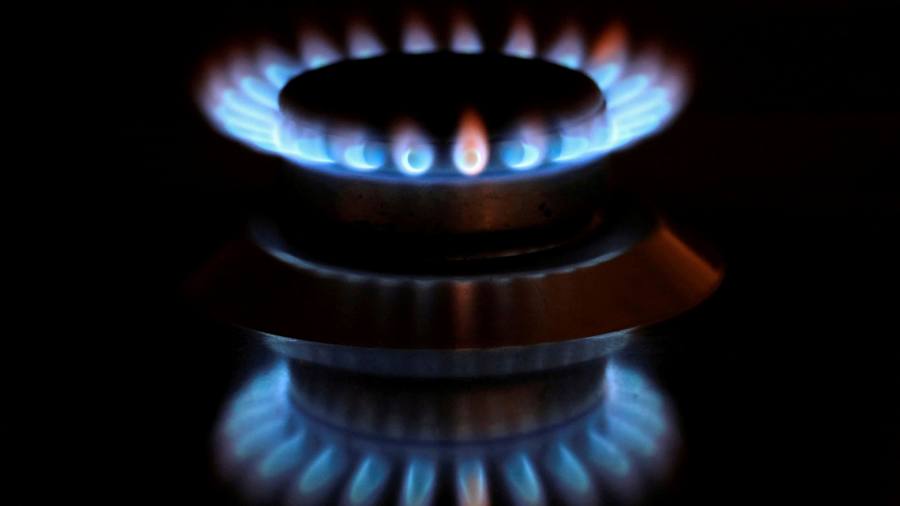 
European gas prices have surged to new record highs as flows from a key Russian pipeline stopped, spooking buyers that have been scrambling to secure supplies during a deepening energy crunch.

Gas for delivery in Europe next month, which was already trading at record levels, jumped more than 20 per cent on Tuesday to close at €181 per megawatt hour.

After four months in which waning confidence in Russian supply had already pushed wholesale gas prices to their highest in history, the latest price rise threatens to drive up energy bills further for households and industry across the continent and add to inflationary pressures just as temperatures are forecast to drop.

In the UK, where more than two dozen energy suppliers have already gone bust this year, prices climbed 20 per cent on Tuesday to a record 450 pence per therm.

“These are astounding moves,” said Tom Marzec-Manser, head of gas analytics, at consultancy ICIS, adding that traders were racing to close positions ahead of Christmas with “so many risks on the air”.

As prices in Europe have pushed higher, tankers of liquefied natural gas bound for Asia have rerouted to European ports, but increased deliveries of LNG were unlikely to have an immediate impact. Wholesale European gas prices are up more than 800 per cent in 2021, initially driven by resurgent global demand and competition with Asia when governments relaxed coronavirus restrictions earlier in the year.

The latest price rally came after flows through the Yamal-Europe pipeline, one of the three routes that Russia’s state-owned Gazprom uses to supply natural gas to north-west Europe, stopped as temperatures plunged in Moscow and Gazprom decided not to book export capacity.

Traders said that nuclear outages in France had also helped push up prices and noted that Germany was set to close almost half of its nuclear power capacity before the end of the year.

“The faster we get to renewables, the less exposed we are to price spikes coming from imported fossil fuels,” she said.

More than a third of the EU’s gas supplies come from Russia, but this year inflows have fallen. Gazprom has declined to sell additional volumes to Europe beyond those covered by long-term contracts, while letting its own storage facilities in the continent drop to unusually low levels.

Gazprom lifted exports slightly in November and added some supplies to its own storage sites, but levels remain well below where they were in 2019 and 2020. Some traders fear that a possible Russian invasion of Ukraine, which hosts one of the other main pipelines into western Europe, could disrupt supplies even further over the winter.

Some European politicians and industry experts have accused Russia of withholding supply to press EU leaders to approve a controversial fourth pipeline, Nord Stream 2. Gazprom has dismissed the allegation and repeatedly said that it has met all of its contracts with European buyers.

“There is absolutely no connection [to Nord Stream 2]. This is a purely commercial situation,” Dmitry Peskov, Kremlin spokesman, said on Tuesday, when asked about why supply along the Yamal pipeline via Poland had stopped.

High prices have been a boon for Gazprom. Famil Sadygov, deputy chair, said on Tuesday that the group expected to generate record net income of more than Rbs2tn ($27bn) for 2021 and pay a dividend in excess of Rbs45 per share.

The payment will deliver a windfall to the Kremlin, which owns a 38 per cent stake in the company, with an additional 12 per cent held by two other state companies. In comparison, in 2020 Gazprom paid a dividend of Rbs12.55 per share.

French Fries Are the Latest Shortage in New York at J.G. Melon

Should WisdomTree U.S. Dividend exFinancials ETF (DTN) Be on Your Investing Radar?