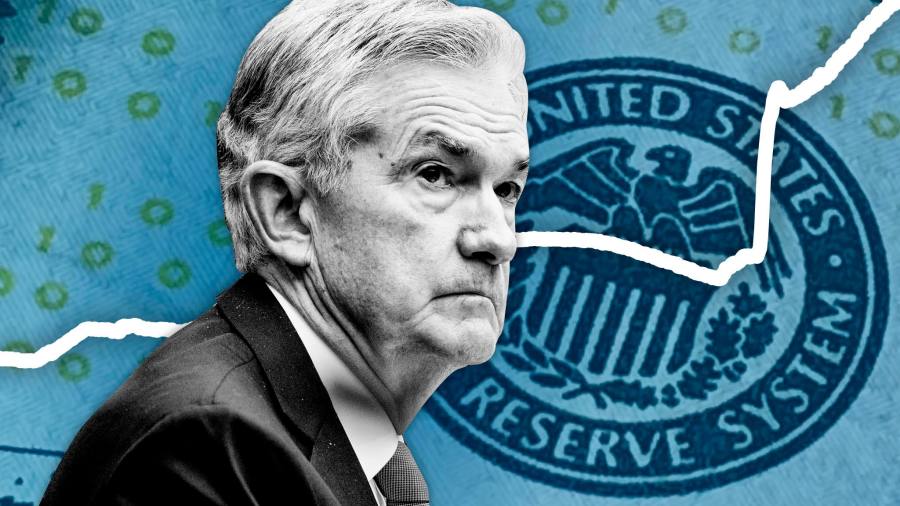 
US financial conditions are near the most accommodative on record, even as the Federal Reserve has begun stepping up its exit from coronavirus crisis-era stimulus measures in a bid to battle elevated inflation.

Measures of financial conditions have only marginally tightened since last week’s Fed meeting, according to economists at Goldman Sachs, who produce a closely followed index that takes into account the shifts in the US stock market, borrowing costs for companies, moves in the dollar and funding costs for the US government.

Despite the hawkish pivot, US stocks have stayed buoyant around record-high levels, while yields on US Treasuries remain stubbornly low compared with their historic norms.

The fact that companies have had little trouble listing shares publicly, or tapping lenders for new credit, underscores the extraordinary levels of cash sloshing through the global financial system and presents a puzzle for Fed policymakers seeking to cool down the economy and tame inflation.

“The objective is to slow things down and hope that inflation does move lower,” said Laura Rosner-Warburton, senior economist at MacroPolicy Perspectives. “To do that you need financial conditions to be a little bit tighter.”

The Fed is highly sensitive to financial conditions, given that it offers a gauge of how shifts in central bank policy and global economic outlooks are filtering out into the real world. Jay Powell, its chair, acknowledged as much last week. He stressed that the economy no longer required such enormous emergency aid, but despite the central bank’s new plans to more quickly reduce its asset purchase programme, financial conditions would still remain “accommodative”.

The stimulus is now set to cease altogether by the end of March — a milestone for the Fed, which more than doubled the size of its balance sheet as it sought to bolster financial markets and support the economy during the crisis.

An earlier end to the so-called “taper” sets the central bank up to raise interest rates sooner — something officials now believe they could do three times next year in a bid to counter inflation, which is running at the fastest pace in nearly 40 years. That is a far more aggressive approach than just three months ago, when the Federal Open Market Committee and other regional Fed presidents were evenly split on the prospects of just one rate rise in 2022.

Another three quarter-point interest rate rises are now pencilled in for 2023, with two more expected in 2024. These interest rate increases would normally presage tighter financial conditions and take some steam out of the economy, pushing up the costs of a mortgage, corporate loan or interest on a credit card bill.

One key reason why financial conditions remained so loose was because investors were betting that the Fed might not be able to increase interest rates as much as it hoped if economic growth slows more than anticipated, said Brian Nick, chief investment strategist at Nuveen and a former staffer at the New York branch of the central bank.

That prospect came into focus this week after the Biden administration’s landmark $1.75tn social spending bill was blockaded by Democratic senator Joe Manchin of West Virginia. An alarming surge in Covid-19 cases linked to the emergent Omicron variant has also clouded the outlook.

“As the spending bill melts down publicly and the growth outlook is somewhat weaker for the first quarter because of Omicron, the Fed may not be pulled into tightening as much as it thinks,” Nick said. “The Fed is going to have a lot of reasons to stay patient if they want to.”

Market measures of interest rate expectations already suggest deep scepticism over the Fed’s projected path forward. Secured overnight financing rate futures, which are used by traders to hedge against interest rate moves, imply that the Fed will lift rates fewer than three times next year before ultimately stalling out at about 1.4 per cent in 2024. That is well below the 2.1 per cent level suggested in the “dot plot” of individual interest rate projections published by the Fed this month.

Higher inflation readings in the months ahead could yet rattle financial markets, with equities near record territory despite the Fed’s move to tighten policy, some investors warned. That is a particular fear for some, given how low yields on Treasuries are and the fact that short-term funding markets are pricing a relatively shallow hiking cycle. If rates on either popped higher, it could send waves through credit and equity markets.

“If inflation stays high, the Fed will have to go faster,” said Steve Kane, co-chief investment officer of fixed income at TCW. “That’s where financial conditions can tighten very quickly and you could really upset the apple cart.”

One Fed governor, Christopher Waller, has already made the case for the central bank to raise interest rates in March, several months earlier than futures markets currently suggest. Other senior officials could soon back that move should price pressures continue to show clear signs of broadening out beyond sectors most sensitive to pandemic-related disruptions.

“If you start seeing the expedited taper of Fed purchases and a live meeting in March for a potential rate hike [and] financial conditions start to tighten, you will see that translate into significant volatility in markets,” said Erik Knutzen, multi-asset class chief investment officer at Neuberger Berman.

Publicly-Traded Bitcoin Miners Have Been Outperforming The Bitcoin Price