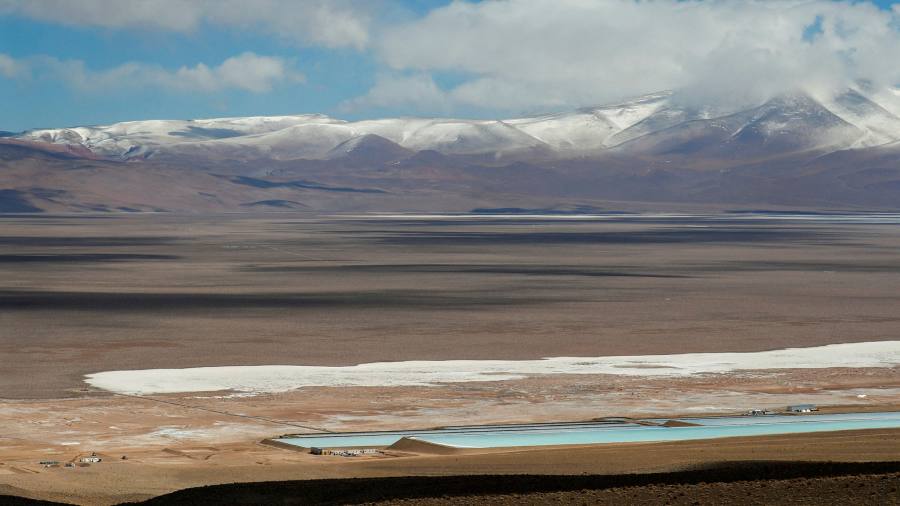 
Rio Tinto has announced its first major acquisition since the ill-fated purchase of coal miner Riversdale Mining in 2011, as it looks to expand into battery metals.

The Anglo-Australian group, which currently makes most of its money from iron ore, has agreed to pay $825m for the Salar del Rincon lithium project in the Salta province of Argentina, owned by private equity group Sentient Equity Partners.

The deal highlights a shift in strategy at Rio under its new chief executive Jakob Stausholm. He believes the company has become too risk averse, partly because of its poor record in mergers and acquisitions.

Rio paid $3.7bn for Riversdale Mining, the owner of a coking coal project in Mozambique, but the project’s economics quickly unravelled because of government opposition. Rio subsequently sold the asset for $50m, after taking more than $3bn of impairment charges, with the discrepancy being the subject of a civil fraud case being pursued by US regulators. Rio is contesting the case.

The lithium deal “is a reflection of intent to gain more exposure to battery metals and confirmation from management that Rio would look to enter into higher-risk jurisdictions for the right project”, said Richard Hatch at Berenberg.

It follows a series of other lithium deals in South America, including the proposed takeover of Neo Lithium by China’s Zijin Mining Group, and shows that the sector is turning its attention to the metals needed to fuel the energy transition.

“The major miners are finally taking notice of what is happening in the lithium market,” said Timothy Hoff, an analyst at Canaccord.

Lithium is a key material used in the batteries that power everything from smartphones to electric vehicles and demand is expected to surge over the next decade. Prices have rise sharply this year because of strong demand from China in particular.

Rio already has its $2.4bn Jadar lithium project in Serbia. With the Rincon deal, it will have potential production of more than 100,000 tonnes a year of lithium carbonate.

This would make Rio one of the biggest producers in a market that it expects to grow by 25 to 35 per cent a year over the next decade.

“The Rincon project holds the potential to deliver a significant new supply of battery-grade lithium carbonate, to capture the opportunity offered by the rising demand driven by the global energy transition,” said Stausholm.

Other miners are not as enthusiastic about the commodity, with BHP taking the view that the abundant supply of lithium will cap margins.

Like most lithium assets in South America, Rincon is a “brines” project. But rather than pumping lithium rich groundwater into evaporation pools, Rio will use what it said was a more environmentally friendly and lower cost direct extraction process.

This involves taking groundwater and sending it to a processing plant where an extractive resin will be used to absorb the lithium. The groundwater is eventually returned underground. Rincon is thought to be one of the biggest brine deposits.

Rio did not say how much the project would cost to develop, but Rincon’s website states that capital expenditure is forecast to be $770m over a two-year construction period, with first production expected in 2025-26.

The project should produce 50,000 tonnes of lithium carbonate at full capacity, roughly the same as Jadar.