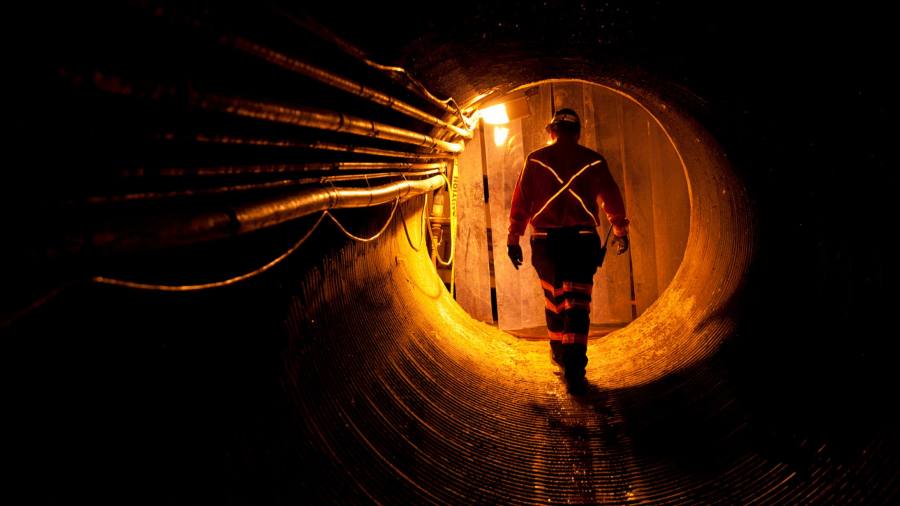 
Some of Europe’s biggest energy users are curbing production as they warned soaring power and gas prices could lead to higher manufacturing costs and hit competitiveness.

Nyrstar, the zinc producer owned by commodity trader Trafigura, has said it will mothball a 150,000-tonne-a-year smelter in Auby, northern France, after Christmas due to record power prices.

The company, which has already curtailed production across three sites in France, Belgium and the Netherlands because of surging energy costs, said it expected the higher prices to continue.

“Electricity is 35 per cent of our fixed costs, which is huge,” Xavier Constant, the director of the smelter, told France Info radio this week. The closure will last at least two months.

Gas for delivery in Europe next month, which was already trading at record levels, jumped more than 20 per cent on Tuesday to close at €181 per megawatt hour.

In the UK, prices climbed 20 per cent on Tuesday to a record 450 pence per therm, although they had fallen back to trade at 348p on Thursday.

Some British steelmakers are pausing production when electricity prices rise, according to trade body UK Steel.

Richard Leese, chair of the Energy Intensive Users Group, warned that concerns were rife that “as inflation starts to bite, demand might subside and when it does, companies will still be left with very high operational costs”.

Gas is used to generate electricity and is directly used to make products such as fertiliser and plastics. Although most large companies have long-term supply contracts in place, concerns are rising that a sustained increase in prices could undermine companies’ competitiveness.

“If [prices] stay up here, it will be very inflationary for the world,” he said. “Do you apply a surcharge for energy and make that an exemption or suck it up and make it a normal course of business through a price rise?”

The rises have prompted some of the bloc’s biggest energy users, including steel, cement and fertiliser producers, to step up calls on governments to address “unbearably high energy prices”.

In the UK, Jonathan Reynolds, shadow business secretary, called for the government to invest £3bn in the steel industry to halt a decline in jobs after analysis showed the loss of 5,500 metal workers in the past nine years.

Reynolds has also called for the Treasury to intervene to protect steel and other energy-intensive industries from soaring energy prices. “The government have just put their ‘out of office’ on, complacently sitting back, while other countries have already taken action,” he said.

Jacob Hansen, director-general of Fertilizers Europe, said “politicians have not really understood how serious it is”.

“The energy market is not working for Europe . . . I worry with the [gas] prices now as many plants got back to production again [after maintenance]. I think they will reconsider what they’re doing again,” he said.

Rapid Tests Don’t Always Spot Omicron. How to Know You Can Trust Result