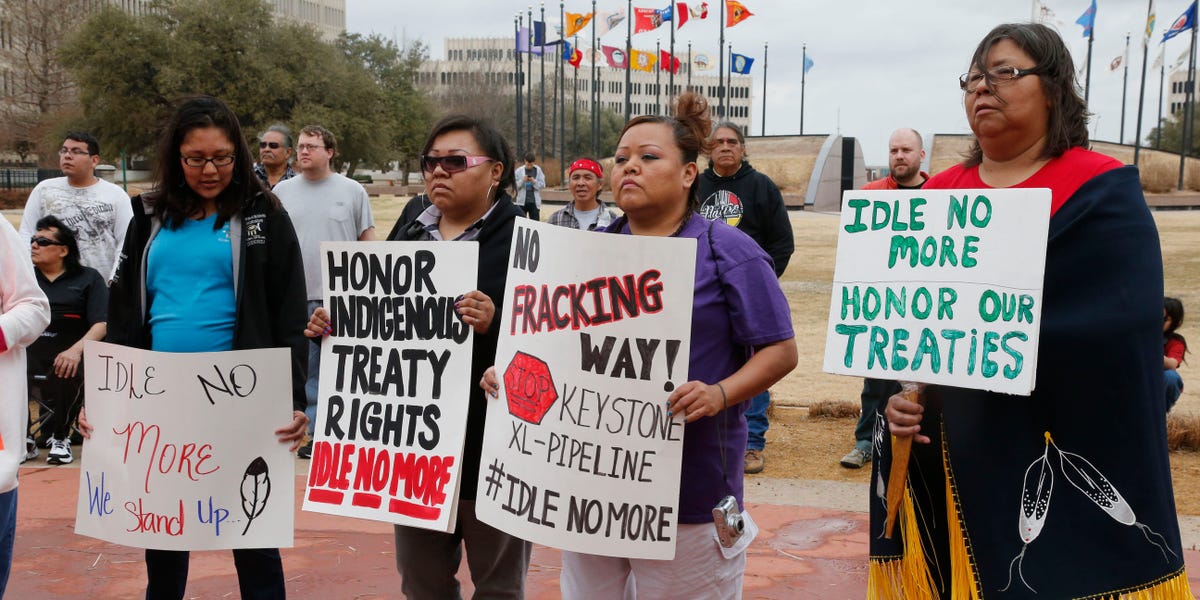 
The Environmental Protection Agency announced plans Wednesday to withdraw and reconsider a decision made during the Trump administration that gave the state of Oklahoma authority on environmental issues on tribal lands.

“Our sovereign Tribal partners continue to have significant concerns with the EPA’s previous decision and the consultation process used in reaching that decision,” Jane Nishida, EPA’s assistant administrator for international and tribal affairs, said. “Today’s action reflects careful consideration of their concerns and our commitment to ensuring robust consultation on all policy deliberations affecting Tribal nations.”

The statement said the EPA consulted with Oklahoma tribal nations for months on this issue and would continue to do so to establish a framework for environmental protection and cooperation.

Shortly after the ruling, Republican Gov. Kevin Stitt, a member of the Cherokee Nation, asked the EPA to grant the state authority to carry out its environmental programs on Indian lands. According to the Associated Press, Oklahoma Sen. Jim Inhofe, a Republican and advocate for oil and gas, wrote the 2005 federal law that allows states to seek authority on environmental issues on Native American land.

When the EPA granted Stitt’s request in October 2020, tribal nations criticized the agency for not consulting with them on the decision.

“Unfortunately, the governor’s decision to invoke a 2005 federal law ignores the longstanding relationships between state agencies and the Cherokee Nation,” Cherokee Nation Principal Chief Chuck Hoskin Jr. said in a statement, AP reported. “All Oklahomans benefit when the Tribes and state work together in the spirit of mutual respect, and this knee-jerk reaction to curtail tribal jurisdiction is not productive.”

The EPA will accept comment until January 31 on its proposal to withdraw the decision, with the state’s authority to administer its environmental programs remaining in place for now.

Have a news tip? Contact this reporter at kvlamis@insider.com.

Publicly-Traded Bitcoin Miners Have Been Outperforming The Bitcoin Price