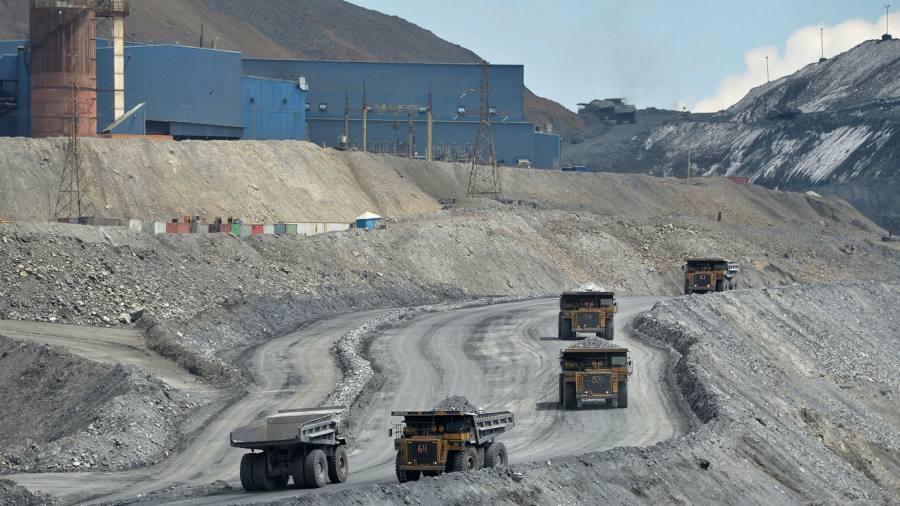 Kyrgyzstan says it seized mine over alleged environmental and safety breaches


The Kyrgyzstan government had no option but to seize control of the giant Kumtor gold mine from its Canadian owner because of environmental and safety issues, according to the director appointed to run the project.

In an interview with the Financial Times, Tengiz Bolturuk said the decision to appoint him as external manager was because of “systematic violations” of environmental law by Centerra Gold and its “predatory” attitudes toward natural resources. “I have seen it with my own eyes” he said in some of his first public comments.

In May, Bishkek seized control of Kumtor, the country’s most valuable asset producing 500,000 ounces of gold a year, after President Sadyr Japarov signed a new law allowing the government to take temporary control of mines that violate environmental regulations or endanger lives. It also fined the company $3bn.

The move, which has alarmed banks and investors, came months after Japarov, a nationalist firebrand who fought for nationalisation of the mine a decade ago, came to power in a landslide election.

Gold production is the largest source of revenue in Kyrgyzstan and Kumtor is the biggest single contributor to its gross domestic product.

Centerra, which relies on the mine for more than half of its annual revenue, has responded by launching international arbitration proceedings against the government and seeking bankruptcy protection for its Kyrgyz subsidiaries.

It has also sued Bolturuk, who served as the government’s representative on the company’s board for six months until May 2021, claiming that he conspired to steal the asset from the company — allegations Bolturuk denies. The government owns 26 per cent of Centerra.

The row highlights the tensions that can develop between the mining industry, which puts up billions of dollars of capital to develop complex projects in remote parts of the world, and host nations who often feel they do not get a fair share of the profits from their natural resources.

In a statement, Centerra said Bolturuk’s claims were entirely meritless and the state agency responsible for the environment had approved its mining permits every year.

“The mine’s environmental performance was also audited externally multiple times by the Kyrgyz government’s environmental consultant, AMEC Foster Wheeler, and the European Bank for Reconstruction and Development,” it said.

The company also said it was concerned about a build-up of water at the mine “potentially destabilising” the pit walls and creating an “environmental hazard if the water is not treated properly”.

“The government is also not permitting independent third parties to visit the mine to assess [the situation] . . . or assess whether it is still safe to operate the mine,” it said.

Kumtor, one of the largest western-operated gold mines in Central Asia, sits 3,600 to 4,000 metres above sea level in the mountains that tower above Issyk-Kul Lake. To access the gold ore deposits, large amounts of ice have to be moved.

Bolturuk said that under his direction, the mine had already dramatically reduced the amount of ice moved from glaciers to 1.8m cubic metres, from 4.8m a year earlier.

“We will reduce this to almost to almost zero in two years”, he claimed. Centerra said it had only removed ice in the vicinity of the open pit and infrastructure.

Shares in Toronto-listed Centerra have slumped by 40 per cent this year and analysts and investors are increasingly resigned to Kumtor passing into state control.

Over the weekend, Japarov said Kumtor was now 100 per cent owned by Kyrgyzstan, “and only formalities remain”. “That is, the necessary documents must be signed and this will be done,” he was quoted as saying by local media.

Edil Baisalov, Kyrgyzstan’s Deputy Prime Minister and former ambassador to the UK, said Bishkek was committed to resolving the dispute with Centerra.

“To this end, we remain open to reaching an out-of-court settlement that satisfies all parties. However, we are also ready to pursue legal arbitration to its proper and just conclusion,” he said in a statement.