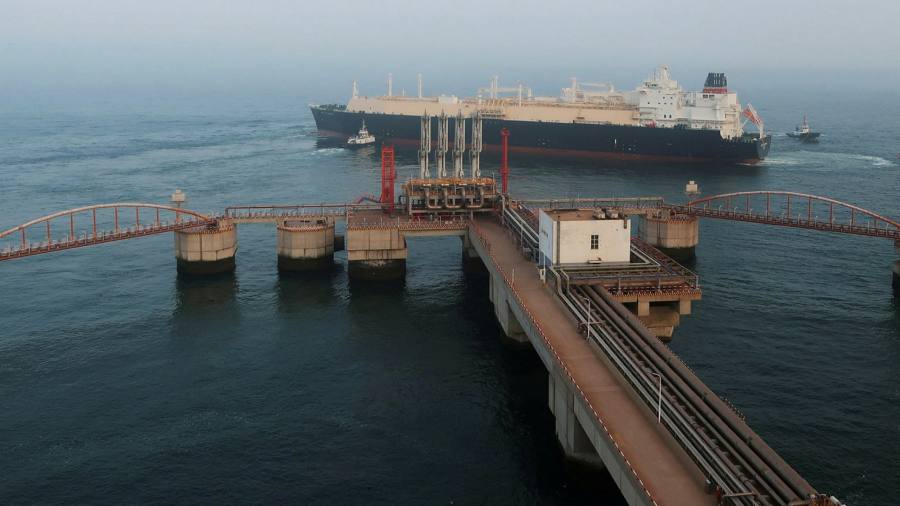 
China’s voracious appetite for natural gas has sparked a wave of deals with US exporters of the fuel, strengthening energy trade between the world’s two biggest economies even as their relationship grows more fraught.

The latest sales were announced on Monday when Venture Global LNG, a company building a pair of liquefied natural gas export plants in Louisiana, said it had agreed two contracts to ship 3.5m tonnes a year of the fuel to state-owned China National Offshore Oil Corporation, the country’s biggest LNG importer.

The Cnooc deals bring to seven the number of big contracts signed between US exporters and Chinese customers since October. Some of the contracts last decades. China is poised to surpass Japan as the world’s largest LNG buyer this year, analysts say, while the US will leapfrog Australia and Qatar in LNG export capacity next year, according to its Energy Information Administration.

Tensions between Washington and Beijing have escalated over everything from China’s persecution of Uyghurs in Xinjiang and the crackdown on the pro-democracy movement in Hong Kong to its military activity near Taiwan. China has meanwhile accused the US of acting like a hegemon and trying to create a cold war between the powers.

The gas sales, by contrast, are another sign of ties between the two powers on energy and climate issues. The two governments also defied expectations to reach an agreement on addressing climate change at last month’s COP26 summit in Glasgow and have negotiated a joint release of strategic oil stockpiles to cool prices.

“The US-China relationship in many respects is at a very low point,” said Jason Bordoff, dean at Columbia Climate School and a former energy official under president Barack Obama. “But energy and climate are a potential bright spot where there can be more co-operation notwithstanding the tension and conflict.”

Venture Global had already signed agreements in November to send 4m tonnes a year of LNG to China’s state-owned oil and gas group Sinopec for 20 years, along with shorter-term agreements totalling 3.5m tonnes with its trading subsidiary Unipec. One of the new contracts with Cnooc is also for 20 years.

Mike Sabel, Venture Global chief executive, said China’s efforts to cut carbon emissions by replacing coal with natural gas in power plants was behind the agreements. The Sinopec deal had been timed to deliver a good message before the climate summit, he added.

“China is moving faster right now on these new deals than the rest of Asia,” Sabel told the Financial Times. “But as we announce these deals, the rest of the countries will [respond] — and are responding — because otherwise China will get an advantage.”

“We’re at this extraordinary moment where the world really needs US LNG and US LNG is the fastest that can come on line,” he added.

Cheniere Energy, the largest US LNG exporter, is betting on China to underpin growth. The Houston-based company has recently secured deals with buyers including state-backed Sinochem that total 3m tonnes a year.

“We think that Asia is the growth driver for our industry for LNG demand for decades to come, and China is the single biggest piece in that,” Anatol Feygin, Cheniere’s chief commercial officer, told the FT in October.

Dealmaking and gas flows are picking up after stalling during the Trump administration, when China imposed tariffs on US gas in retaliation for tariffs on its exports. Chinese companies have been seeking secure supplies of gas amid an economically damaging power crunch and a global gas price jump.

The US was the second-largest LNG supplier to China in the first nine months of this year, according to trade data compiled by Refinitiv. It was behind only Australia — another country whose relations with Beijing have been deteriorating.

“China is getting half its LNG from Australia and the US — that can’t make Beijing happy,” said Nikos Tsafos, head of energy and geopolitics at the Center for Strategic and International Studies, a Washington think-tank. “But they have to go where the projects are, and that’s where they are right now.”

Xi Jinping, Chinese president, told his US counterpart Joe Biden that he wanted to “strengthen co-operation on natural gas” during the leaders’ first meeting last month, according to a summary of the call from China’s foreign ministry, a sign that Beijing sees the country as central to its fuel supply.

Yet selling gas overseas has become more politically sensitive inside the US after a rally recently took domestic prices above $6 a million British thermal units, the highest since 2008.

Some gas executives have pushed back, describing LNG exports as an opportunity for the US to help other countries to retire coal-fired electricity plants in favour of natural gas plants.

Bordoff at Columbia Climate School said any move to curtail exports would undermine confidence in America as a “reliable energy supplier”. He drew a parallel with European countries’ concerns about their reliance on Russian supplies, which “do have a political and geopolitical dimension to them”.

The booming international gas trade is also politically awkward for the Biden administration as it pushes to shift the economy away from fossil fuels. While natural gas emits less carbon dioxide than coal when it is burnt, it is still a big source of greenhouse gas emissions.

Tsafos at the CSIS think-tank said it reflected the “messy reality of the energy transition” — that the world remains heavily reliant on fossil fuels and the US is a large producer of oil and gas.

“The fact is, this is making both sides a bit uncomfortable,” he said.

Will Expensify Get Even Cheaper?